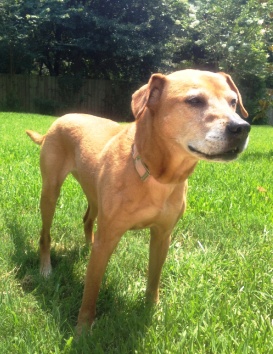 When it comes to planning important (and complicated) things like relocations, it can feel like time is speeding by. Before you know it it's moving day and you're trying to make sure that everything is taken care of, and at this point all you can do is hope you didn't forget anything too important.

If you're moving a pet with you and haven't taken the time to investigate all the import rules and regulations that may apply, it's all too easy to discover that you've overlooked something that could cause your pet's departure to be delayed.

Some of the stress can be avoided by starting the move process early, but why exactly do you need at least a month to put together a pet move (and at least six months for some international pet moves)?

Read on to find out.

Many countries require vaccinations to be at least a month old at the time of departure, and often the microchip (another requirement) must be implanted before the vaccines are administered. One mistake or omission related to these could delay a pet’s trip by weeks or even months.

It often takes at least 30 days to secure import permits for international moves. Australia, for example, takes three to six weeks to issue an import permit. Note also that import permits must be obtained before other arrangements can be made, so the whole chain of events depends on this important factor. Some countries also require notification of a pet’s arrival (Japan needs 40 days notice), so that’s one more thing to plan for.

Many moves require both a USDA endorsement of health documents as well as endorsements from the destination government. For instance Saudi Arabia needs both USDA and Consulate endorsements, and each of these can take about a week to secure.

For rabies-free countries that require a titer test in addition to the regular rabies vaccine (these countries include Australia, New Zealand, Japan, and Singapore), an additional three to four weeks should be allowed for in the planning process.

During busy months, such as summer travel season and during the holidays, many quarantine stations are fully booked. Waiting lists in places like Singapore, Australia, and New Zealand can be months long, so it’s important to reserve a spot well in advance of the move date. In general, moving to any destination with a quarantine (Hawaii is also included in this category) will demand extra time, so pets going to these places can’t wait until the last minute.

If a pet isn’t already crate-trained, owners will need to work on doing so as soon as they know they’re moving. Depending on the pet, this process can take weeks or months to accomplish.

Still not convinced that you’ll need a month’s head start? Here are some pitfalls that pet owners should watch out for if they’ve waited until the last minute:

Incomplete or Inaccurate Vet Records - We’ve seen it many times—pet owners who have gone to the vet regularly over the years think they’re in good shape, but in terms of the strict standards of international travel, often this isn’t the case. Again, vaccines must often be done in a certain order beginning at least 30 days in advance, and some countries, including Japan, require they be done six months ahead of time.

Agent Availability – Waiting until the last minute means our preferred agents might already booked with other jobs, so travel dates may have to be altered to fit their schedules or second-choice agents will need to be found.

Flight Complications – Pet travel by air entails more than just buying a ticket when you need it. You have to choose a pet-safe flight on a plane with cargo doors large enough to accommodate a travel kennel (some planes are just too small), and then you have to request the booking. After that, the airline must verify that everything is in order and make contact with a destination agent, and all of this can take several days to finalize.

The Stress Factor – Rushing to put together a pet move is no fun for anyone involved. Relocating is stressful enough without feeling like it’s a race against the clock, so put yourself ahead of the game by allowing plenty of time to plan your move.

Contact PetRelocation if you have any questions about how to move your pet, and happy well-planned traveling, everyone!