With one of the world's biggest sporting events underway -- as this is being published the USA is playing a heated match against Germany -- we can't help but search for a pet connection (because that's what a bunch of internationally-savvy pet lovers like to do).

The best thing we discovered is this series of photos by Eric Isselee depicting dogs wearing the national team jersey of the country they're associated with. You won't be surprised to see a German Shepherd and an English Bulldog represented, but it took a little research to choose dogs for the less obvious countries. "Some were very easy to match, others were a little bit less well known," he told the Daily Mail.

Take a look at a few of the photos below and the rest on Isselee's website. And tell us, who are you rooting for in the 2014 World Cup? 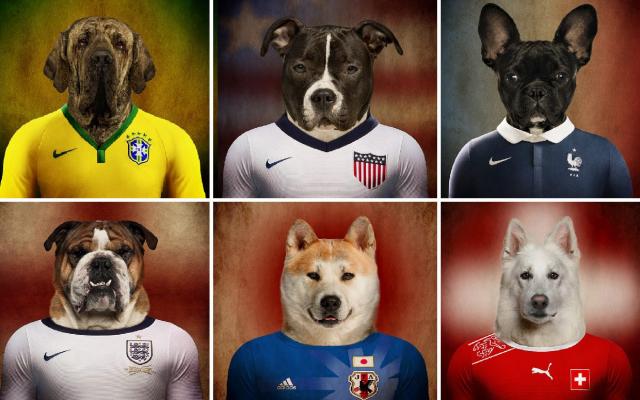