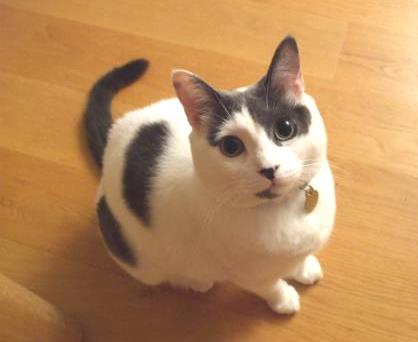 Incredible Experiences: Cat Transport to Sweden and Back

I am writing to thank PetRelocation for its work in relocating Mega from California to Sweden in June 2013, and from Sweden to Northern Colorado this past April. In particular, I thought Anna Wasim did an outstanding job responding to a last-minute schedule change which could have been a disaster!

Mega's travel schedule had been confirmed several weeks in advance of our planned departure from Sweden. As we were moving to an empty house in Colorado, I had planned to arrive a day earlier than Mega in order to have things ready for her arrival.

A few days before Mega's flight, Anna learned of the Lufthansa pilot's strike, which could have stranded Mega in Frankfurt for several days. Anna quickly came up with an alternate plan, which included having Mega fly a day earlier and boarding overnight in Denver.

As you can imagine, a household move of this distance is very stressful, to say the least. When I landed in Denver (on a different airline, at a later time) I was thrilled to find an email with a photo of Mega, showing that she had arrived safely at the boarding facility in Denver. Your local agent delivered Mega to our new home safely the following afternoon.

I truly appreciate your help with both moves, especially your guidance in ensuring the paperwork was in order for all the countries involved. I plan to stay put for quite some time, but should I ever need to move a pet in the future, I would not hesitate to call you again.

Ready to plan your pet's move? Contact us to discuss your safe pet shipping options.