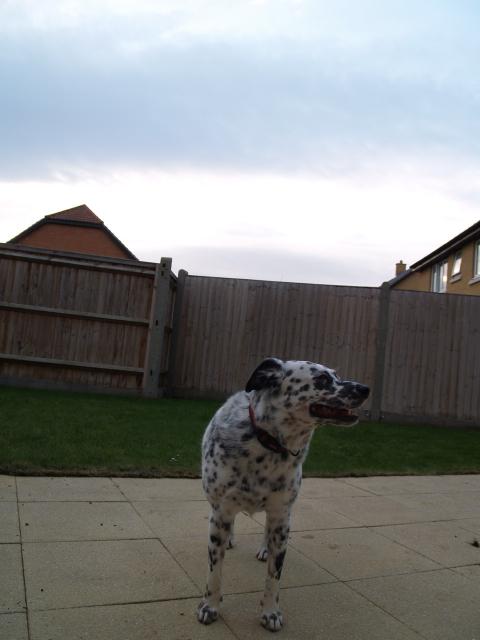 Being that we are a military family we are pretty used to moving, but this time it was a little more difficult than usual. My husband had already been out of the country for almost a year and it was up to me to get myself, two children and our dog ready to move to England.

After researching about getting pets into the country, our biggest fear was that something would be done wrong and Marshmallow would have to be quarantined, yet I still pressed on trying to do it on my own.

As the day got closer we hit a few more bumps; my husband informed me that Marshmallow could not come until five days after us due to our hotel arrangements, which meant our friends would have to take her to the airport (and the airline I had booked her flight with was not very helpful when it came to someone else dropping her off).

Also, the new guidelines for getting into the country were making it almost impossible for me to do anything before I had to leave, thus putting a burden on our friends. I then decided to contact PetRelocation and get some much needed support and help.

Our Specialists Matt and Rebecca were there to help us through every step of the process, and they even got in touch with our friends who were keeping her. They made it incredibly easy on us, from getting all her correct tests and forms in order to enter the country to getting her to our home two hours from the airport, all while keeping us informed of her whereabouts and even her moods!

Though initially she was a little frightened, Marshmallow arrived to us healthy and as happy as she could be after a long flight, and we couldn't be more grateful for everything that PetRelocation did for us!