I moved from Toronto, Ontario in Canada to Sydney, Australia last month with my two boxers, Bella and Thorne to join my partner here in Sydney. This would not have been possible if it weren't for the professionalism, courtesy, knowledge and help from Australia/New Zealand expert Linda S. at PetRelocation. 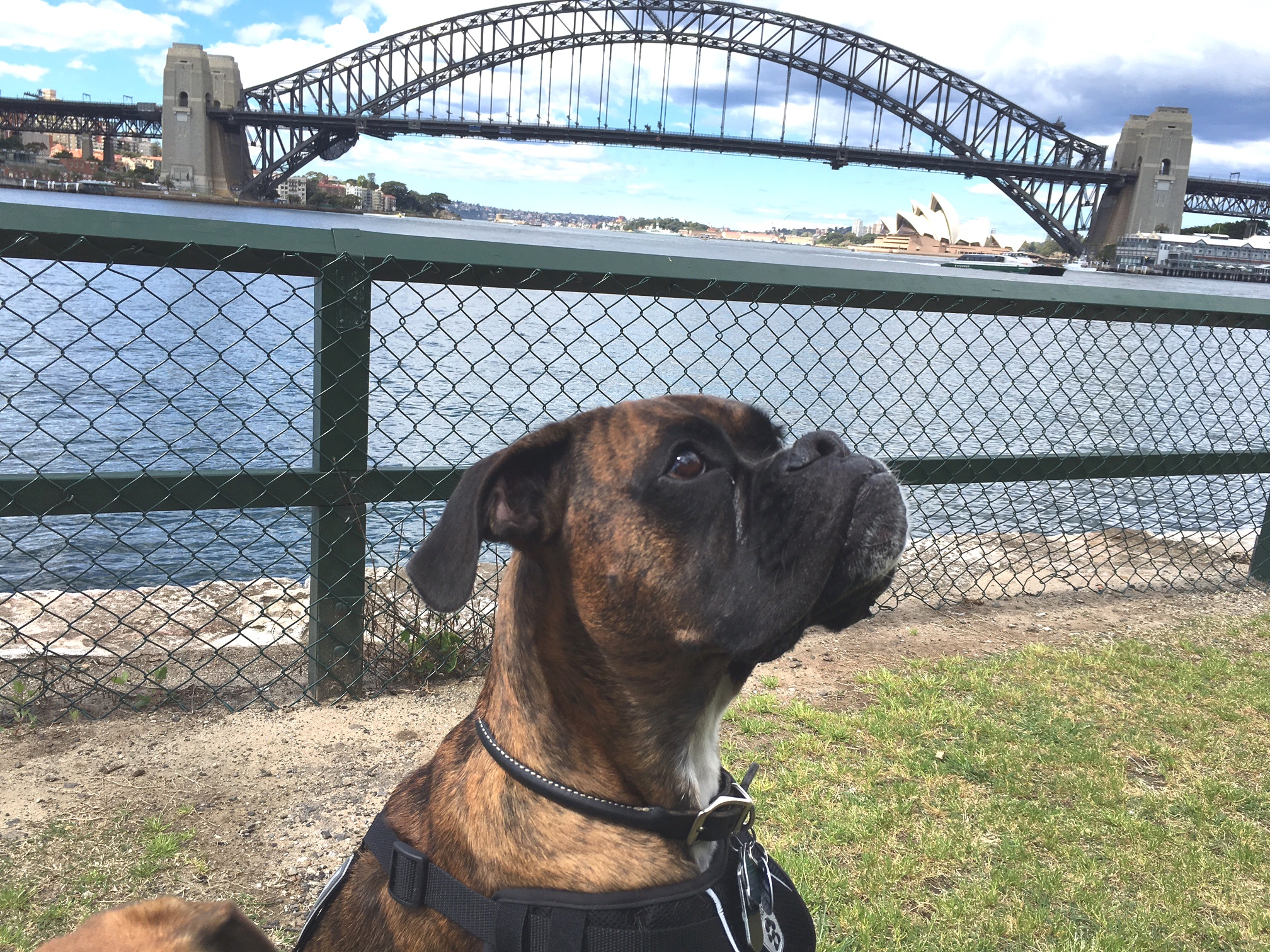 Our two boxers both were adopted from Boxer Rescue Ontario, and each came with their own set of sad circumstances and baggage. Bella was used as a puppy mill breeding dog for the first four years of her life, never having been outside or touching grass, living her entire life inside a small 3'x4' kennel for her entire life.

When she was rescued, her nails had curled in, growing through the pads of her paws. She was covered in filth from the two kennels above her, and she was badly physically abused by the owners of the puppy mill. Bella is on anti anxiety medications now for the rest of her life. 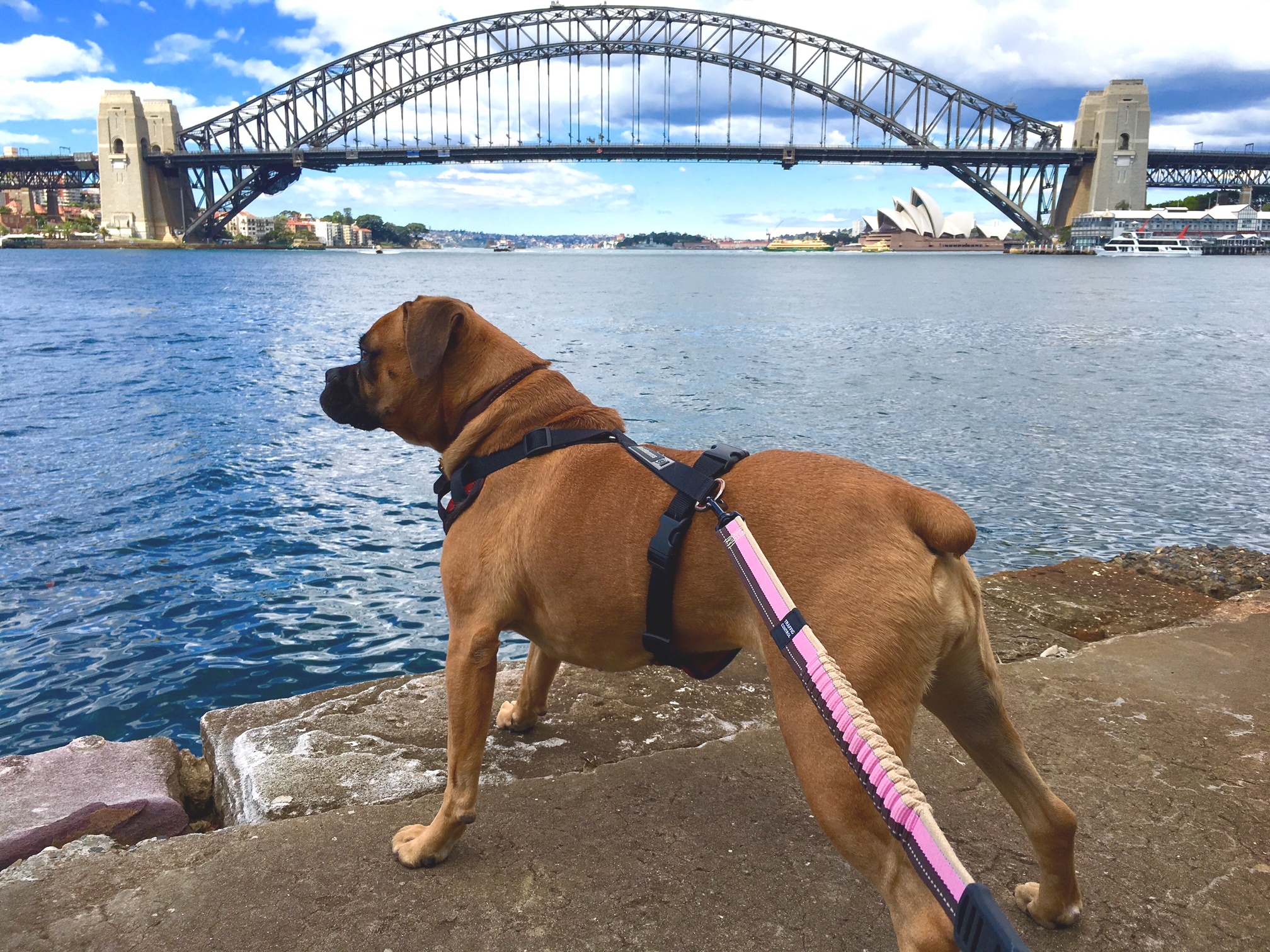 Thorne was starved almost to the point of death, weighing only 22 lbs when he was rescued in Ottawa, where he was used as a bait dog for dog fighting. He was used to rile up and provoke an aggressive reaction from the fighting dogs.

When he proved too weak to fight back due to starvation and physical abuse, he was left alone on the streets of Ottawa during the winter when the temperatures dropped to -20 degrees Celsius (-4 Fahrenheit) and left to fend for himself. 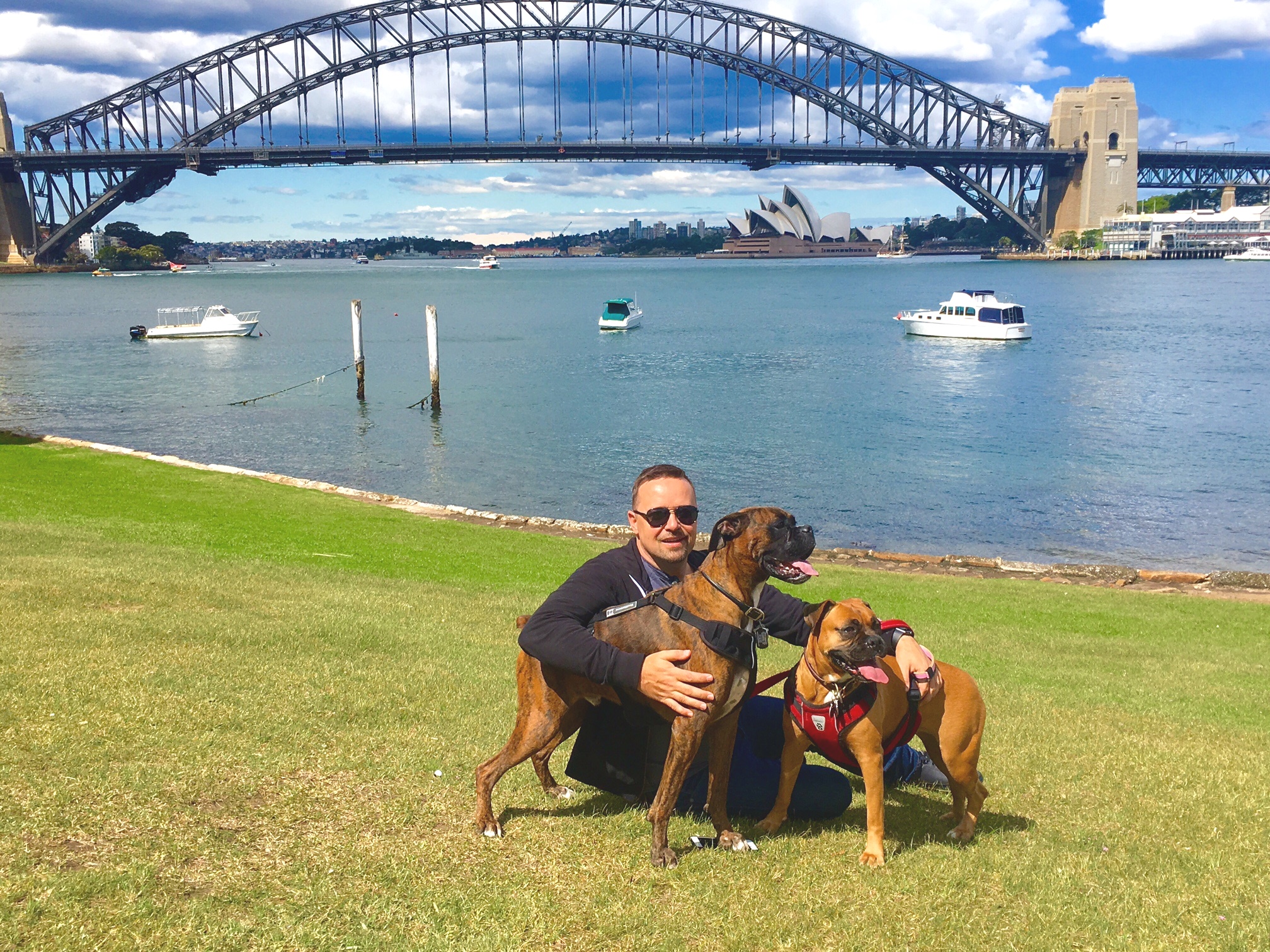 Due to these issues, we were apprehensive and worried about how they would each handle the big move to Australia, having to deal with new people who didn't know them or care for them as much as we would.

We were gladly proven wrong. The dogs were treated impeccably through their entire journey. The people they met along the course of their travels was each informed of their past, and the dogs were shown kindness and compassion throughout their entire travels.

Linda was instrumental in ensuring that all documents were accounted for and ready, working in coordination with my pets' veterinarian and her office at Abbey Animal Hospital, making sure that we all followed the strict timelines set out by Australia Quarantine.

This was a process over 6 months in the making and Linda assured us that each person they would encounter along their travels would know of their individual needs and requirements. 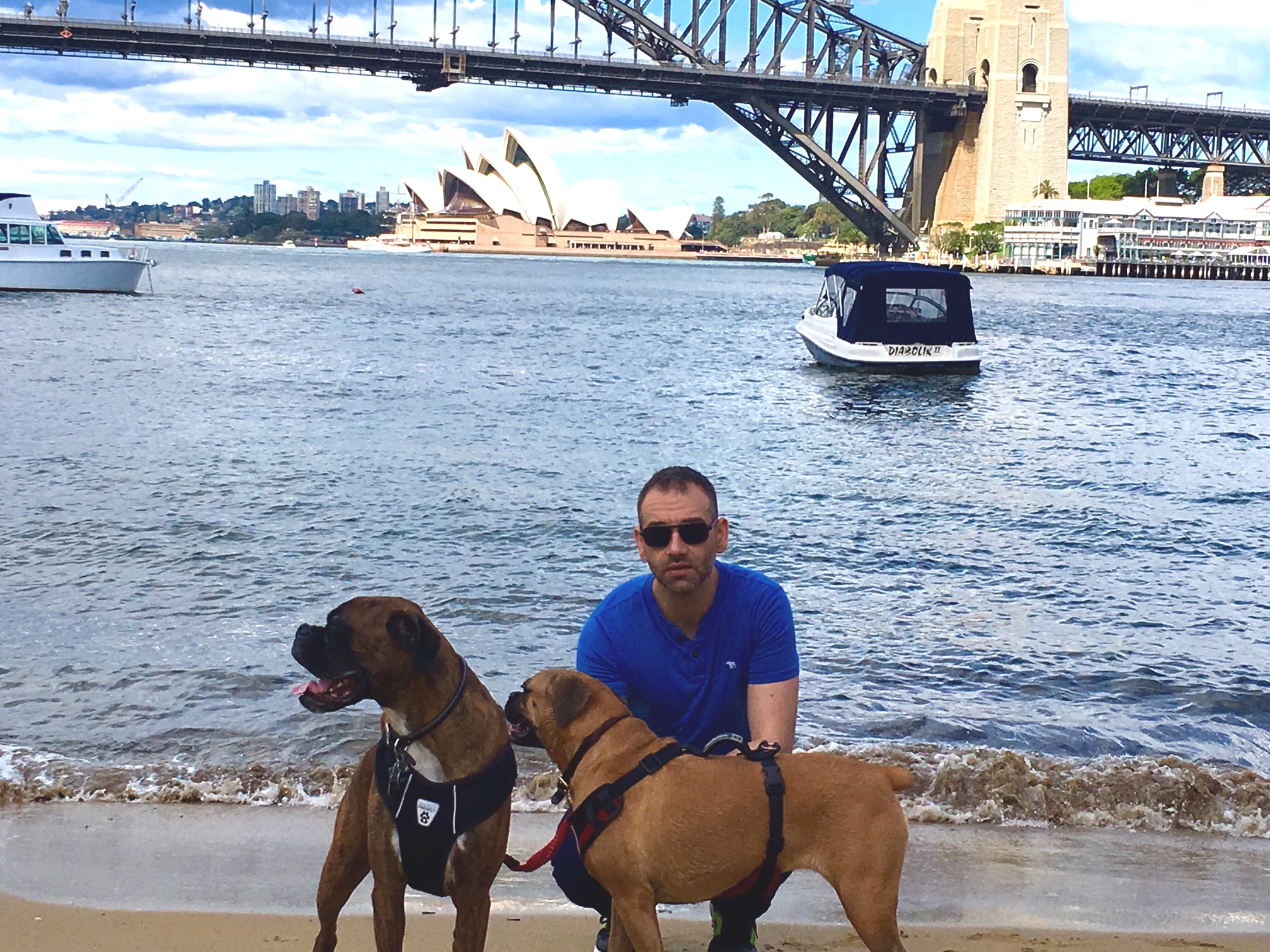 Bella and Thorne were treated like royalty throughout their transport to Australia by the entire team from PetRelocation and their overseas contacts/counterparts. They arrived safely and on time, spent their 10 days in quarantine in Melbourne, and then we flew down to pick them up.

We really couldn't ask for better service from a company. Linda included us in each process every step of the way. She kept us informed and was the consummate professional. We would highly recommend PetRelocation to anyone moving with their beloved family pets.

Thanks to Bella and Thorne's owners for sharing their journey with us! Need help moving your own dogs to Australia? Contact us for a pet travel consultation.