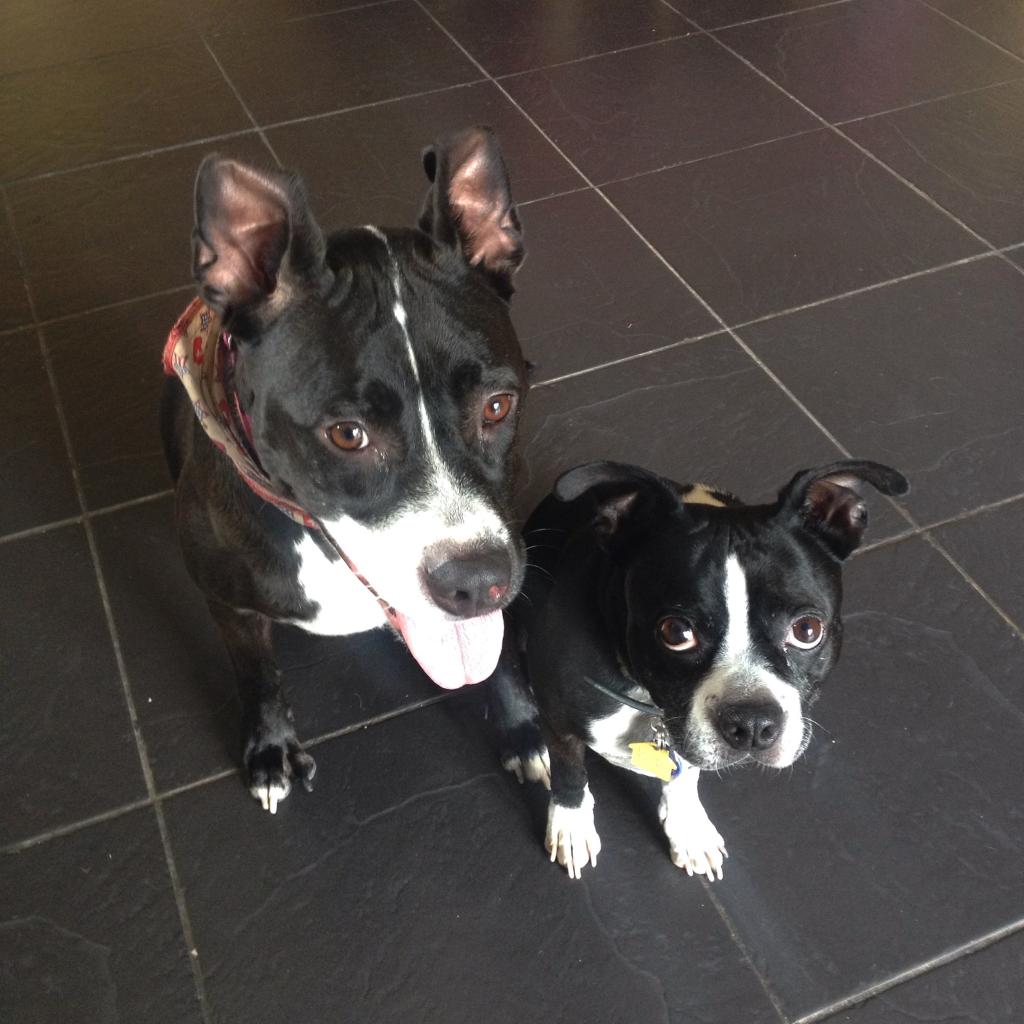 Here's an update from a recent client. We were happy to help arrange Buster and Lulu's reunion with their family!

When my wife and I returned from a trip to Europe visiting her family, we knew what had to be done: We needed to be closer to family. There were just two problems, one big and one little.

Our beloved Boston Terrier Buster could fit underneath the seat if need be. The bigger problem was our Pit Bull, Lulu. She wouldn’t just be difficult to transport—she was impossible to bring into either the UK or France, where my wife's parents live. In fact, if we even tried to bring her into France, we’d both be risking jail time.

From the word go, PetRelocation was very candid with us. They simply would not take our business unless they were absolutely sure we’d be able to get Lulu into a country. After checking with representatives in France and the UK, they delivered the bad news: They wouldn’t be able to get our dogs into either of those countries. So, we went back to the drawing board.

We needed to find a country in the European Union where they spoke English, and Pit Bulls were allowed. It took me two weeks to find the obvious answer: Ireland. Strangely, Ireland has avoided breed-specific legislation, barring a muzzle in public law that seems scarcely enforced.

PetRelocation were great dealing with two doggie helicopter parents. I probably emailed them 50 times between when they told us they could transport our dogs until I arrived in Ireland. Never once did I feel like they were annoyed or unhappy with us, even though I frequently asked questions they have already answered multiple times.

Even more importantly, they guided the entire process. That alone was worth the money we paid. I know that I might have been able to handle it myself. But I might have slipped up on some minor point that would have had Buster and Lulu on a flight back to somewhere with no one to take care of them. The peace of mind was really worth it.

It also meant a lot knowing that someone would be there in Dublin to expedite the pair through customs. And while the team in Zurich wasn't on PetRelocation’s payroll, I felt very confident in my dogs having a great experience during their comfort stop. I knew that if they were anything less than top notch, PetRelocation wouldn’t have our dogs flying through Zurich.

And so, while we were all very nervous through the whole process, we would have been a lot more so if we didn’t have PetRelocation handling every step of the way.

Looking for assistance with a pet move of your own? Please contact PetRelocation for a pet travel consultation.