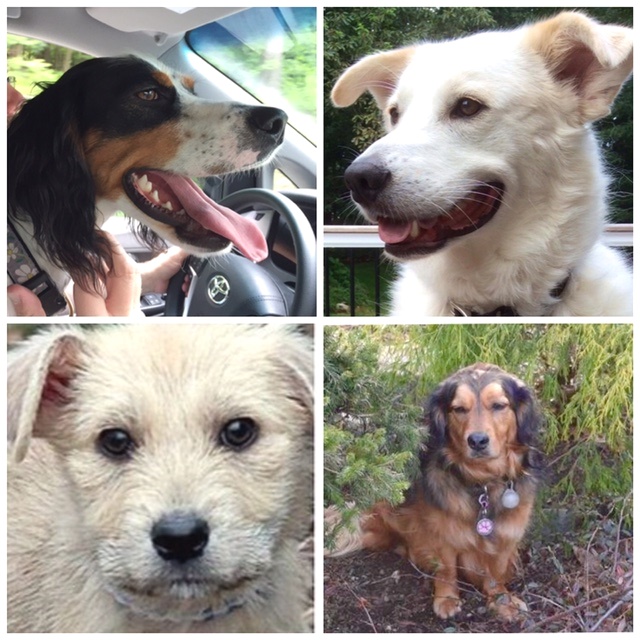 We recently moved from Westchester, NY to the East Bay area of San Francisco for my husband's job.

I was originally thinking about driving the dogs across the country myself because I was worried about the dogs riding in the belly of an airplane. My husband explained that the dogs would be just as stressed or maybe more riding in our mini-van across the country, and instead of being stressed for 6 hours on the plane they would be stressed for at least 5 days in the van. When he put it that way it made sense to fly them but we had no idea how to go about doing that.

Our best friend Vanessa had recently moved back to New York from Singapore with her family and her cat. She recommended PetRelocation. She said that they picked the cat up from the kennel in Singapore, took her to the airport, got her on her flight, picked her up at the airport in New York and drove her over to their home in Westchester. She didn't have to worry about anything and the cat arrived happy. So, we called PetRelocation.

Everyone we spoke to was very nice and friendly, and most importantly, reassured us that our pets would be fine. We made arrangements and they called our Vet and our Kennel and got the information on the dogs. One of the dogs needed a vaccination, as it had expired in the time we had moved to California ourselves. So PetRelocation made arrangements to pick up all four dogs, take them to the vet, and then board them overnight for their early morning flight. They arranged for our dogs to leave New York super early so they arrived early in San Francisco and avoided the intense summer heat. That was their suggestion—I never would have thought about that.

Once the dogs arrived in San Francisco they called to let me know and said they were walking them and making sure they drank water before the ride to our house. They texted us about 10 minutes before the arrival so we were ready and then they were here. They were so happy to see us. The dogs were happy and acted like themselves. It was amazing.

So in a nutshell, I called PetRelocation and gave them my information, they booked the flights for our dogs, made all the arrangements, transported them to and from the airport and we had our dogs with us again in no time with ZERO stress. It was amazing. What a wonderful company. I can't thank everyone enough.

Need some help arranging your pet's move? Contact us for a pet travel consultation today.