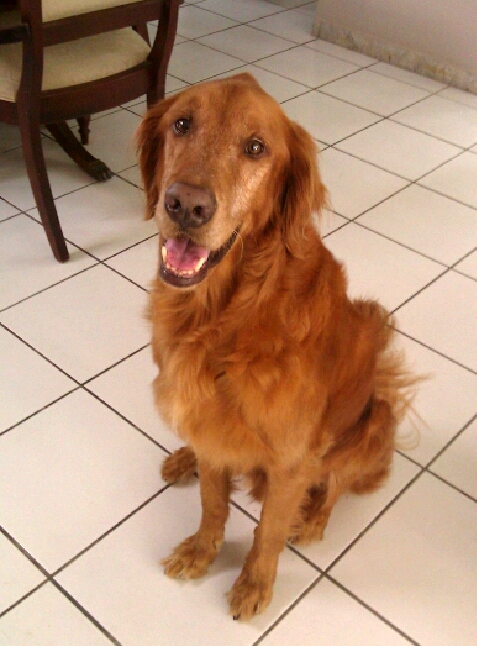 The PetRelocation team was great.

Hercules, my golden retriever, is a tall dog and requires the biggest crate made. Unfortunately a lot of airlines won't take that size crate anymore and others only take it on certain aircraft types. I could not find a way to get my dog back to Dallas from Puerto Rico after spending a few years there.

The PetRelocation team found a way to get him back for me. They made the entire process very stress free and painless. The fact that PetRelocation has agents in cities across the country to meet your pet at other airports is great.

The local agent in San Juan was wonderful—she called me after she got Hercules checked in for his flight, sent me pictures, and even called me the next day to confirm he arrived home in Dallas.

The team at PetRelocation—Whitney and Vanessa—were great to work with. They took care of everything. I would recommend the services of PetRelocation to anyone who is having to move their pet.

Hercules is glad to be home in Dallas!

Thanks again to Whitney and Vanessa for doing such a great job!

Have questions about traveling with your pet? Please contact PetRelocation for a pet travel consultation.