Max is my son's dog and they lived in New Brunswick, Canada. Sadly, due to family circumstances my son had to return to Europe unexpectedly, so this started Max's journey.

He was kenneled, and as my son would not be returning to Canada in the near future we decided it was time to move him to Europe. I trawled the internet and was so impressed with PetRelocation's website and all the great comments that I contacted them. From the first contact, Evelyn was efficient and reassuring. Once we had the paperwork together (this took a while as I was not sure where it would be best to ship him—Pearl was the image of her name and so helpful and patient and checked).

I was kept informed every step of the way and he arrived at our home in full fettle. You would never have thought he had such a long journey behind him. He has settled in fantastically with the rest of the gang. His experience was obviously as good as mine.

My sincere thanks to all the team. It's just a shame you don't ship people! I wish that my own travelling experiences were as good as the pets that travel with PetRelocation. 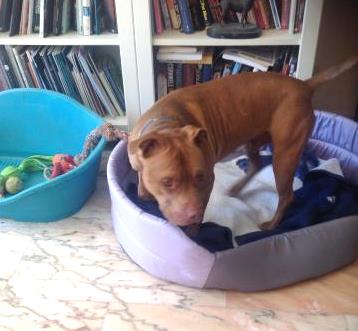