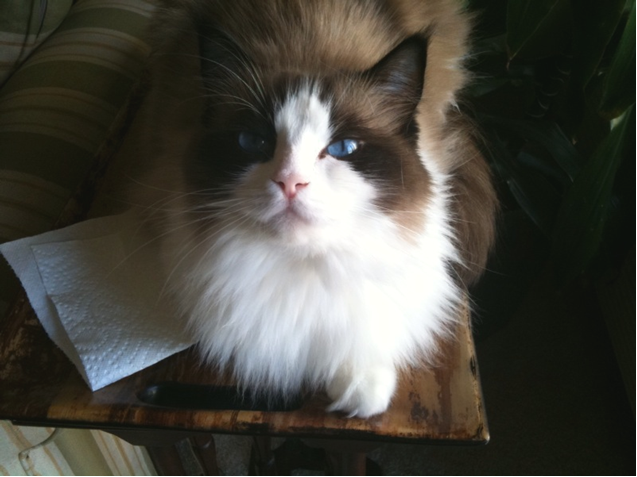 Loss, love, family, renewal -- this month's featured pet move has a little of everything and is a truly touching travel story.

In 2013, a pet owner enlisted our services to move her two cats (Basia and their new kitten Micio) to Italy from California. Sadly, Basia disappeared shortly before they were set to depart, and the family had to move on without her.

Fortunately 2016 brought some new and surprising developments to their story, and we're beyond excited to be able to share the incredible details of this experience here.

Read on for more about Basia, and thank you to her owner for including us in their journey!

Can you talk a little about Basia’s ‘lost and found’ move story?

In 2008, Basia was adopted by mom and I just after my dad passed away and a few months before my mom passed away from fourth stage breast cancer. Basia, pronounced Basha, was named after the Polish pop singer who was always a family favorite. We shared her together during an obviously very tender time having adopting her from a San Diego county Ragdoll breeder at 2 1/2 yrs old, when she had been retired from breeding.

Mom passed in October of 2008 and Basia stuck by me through a variety of changes with work and apartments, and even went to a friend's house while I tried out Italy in 2010. She is a special girl, and anyone who cared for her came to love her thanks to her her beauty as well as her sweet companionship and slightly diva-esque attitude, very much her breed.

When I moved back to California from my summer in Italy with my boyfriend, she came with me to Santa Monica/Brentwood in West L.A., where I had taken a job. She lived with me until she disappeared in late May 2013, just one week before we were scheduled to leave to move to Italy for good!

We of course had made the arrangements through PetRelocation. By that time, I had also adopted another kitten. The apartment had been empty, and Basia and Micio (Italian for kitty) had been prepared and ready for their trip. When my girl went missing, many friends helped me search for her and we put up missing signs, but she didn't show up. A pet psychic told me she was alive and was being kept somewhere nearby. I slept on the floor by the sliding glass door to my apartment, which I kept open for a week. Nothing.

In June 2013, I moved to Italy with my other cat Micio and had to leave Basia behind, though I was devastated. We have been updating the AVID tracking chip info ever since in hopes she would return. Every year since, we have returned to California in August for work and family reasons. In May 2015, I married my Italian boyfriend on Lake Como and soon thereafter realized we were also expecting a baby. Our son was born in January of 2016! We traveled back to California for his first trip this summer to spend time with family.

In August 2016, while in California, I got a phone call that Basia had been found. It took my breath away. Finally someone had scanned her chip and knew to call me but it was ironic that we were already close by. An anonymous man had returned Basia to the Santa Monica shelter yet gave no information about where she had been or how he came to find her. We drove down from Northern California to the Santa Monica animal shelter the next day and claimed her and then took her immediately to the VCA Santa Monica clinic where they cared for her for three weeks.

Her trip to Italy went very smoothly! And she is a happy girl now, my son's best new friend! She loves to sit with him on the floor and we often all snuggle together inside while my other cat is out roaming in the garden. 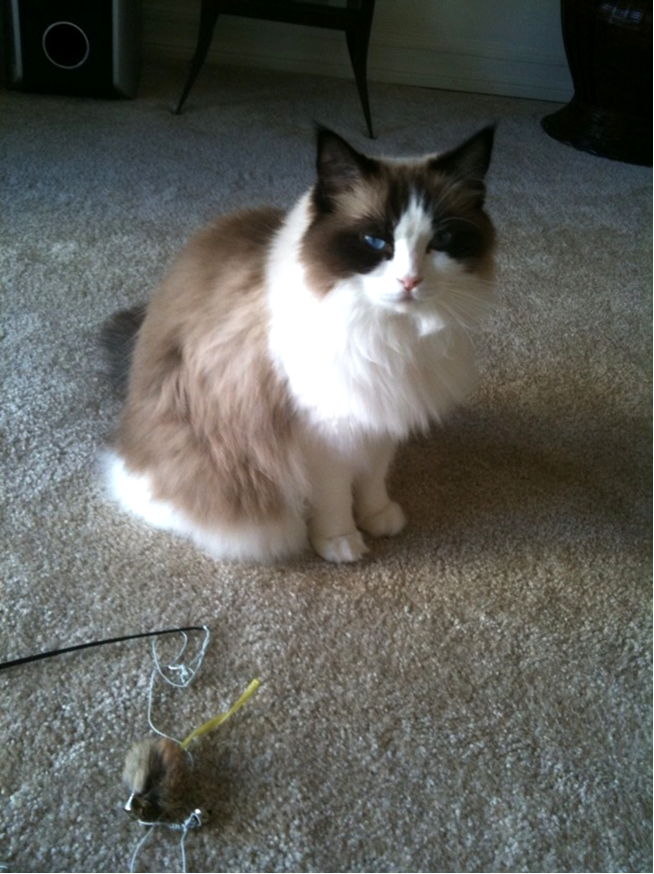 Were you feeling comfortable with international pet travel by this point or were there still surprises that came up?

I was much more comfortable this time around, but there are always concerns with how your pet will react in the air for such a long time, for the first time.

How did you prepare Basia for the trip?

I had her fully checked out, vaccinated, cleaned up and then I sent one of my T-shirts to the VCA so that she could travel with something of mine.

How has the transition to your new home been?

It was easy with Basia. She remembered me but she is also so easygoing. She took a few laps around the house and seemed great, even having some water and going to the bathroom in her new litter box soon after arriving. It took about a week to acclimate her again with Micio, our other cat, because they seem to have forgotten each other. But all is ok now... they are managing it pretty well!

Definitely link up with you guys to make it so much easier! Buy your crate in advance and get your pet comfortable with it before travel, which is what we did the first time around as well.

International moves are hard enough, and in my case time was limited both times (then with all my moving arrangements and now with my infant). Also, I don't want to take short cuts with my pets because they are too important, so I'd rather pay the expert to handle it for me in the right way.

Thank you so much for bringing Basia home to us!

Thanks again to Basia's owner for sharing this amazing reunion story with us!

Looking for assistance with a pet relocation of your own? Contact us to discuss your options.