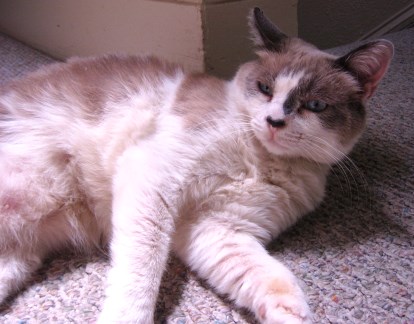 When it comes to planning a safe and successful pet move, nothing is better than working with a client who helpfully communicates with us throughout the process and even shares details about the pet-friendliness of their new city.

We recently helped two great rescue cats, Joe Dirt and Milo, move with their family from California to Dublin, and their owner Charlene was kind enough to share plenty of excellent tips and observations with us about the process and about living in Dublin with cats. If you have questions about air travel with cats, read the interview below because you will surely learn something.

Thanks to Charlene for sharing her cats' adventure with us, and join us in wishing Milo and Joe Dirt good luck in Dublin and congrats for being our Pet Move of the Month!

Have you ever moved a pet internationally before?

We had the opportunity to move from San Francisco to Dublin, Ireland for a year, as the tech company where my boyfriend works is currently undergoing a European expansion. We had never moved a pet internationally before and we were really worried about how our gentle, sensitive kitties Milo and Joe Dirt would handle the move.

I started researching all of the requirements for moving the cats from the States to Ireland and kept reading that it might be a good idea to hire a pet relocation company to deal with all of the logistics involved, such as health certificates, the travel component itself, and customs clearance upon arrival.

PetRelocation kept coming up as a recommended company and I visited the website and was impressed with what I saw. There were several articles from well-known news organizations about the success of the company as a small business growing larger and many glowing client reviews. It was very comforting to read all of the happy move stories of past clients and see the care that was put into each move. 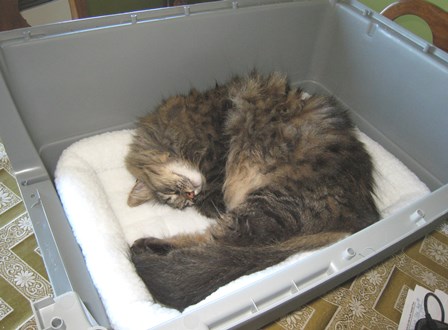 We had heard a lot of negative things about the way airlines treat animal passengers and were really nervous about our cats being transported in the cargo hold of an airplane. When I spoke with PetRelocation, everyone was very helpful in walking us through the entire process and they alleviated a lot of our concerns.

It was really reassuring to hear about the PetSafe program at United and that our babies would be traveling with an airline that had established safety procedures in place for pets. We were very happy to hear that the cats would have a layover in one of the airports where United has a pet kennel, and that they would get to spend some time out of their crates.

Both Matt and Keith were so responsive and were great about answering my multitude of questions. I was very lucky to have Keith on standby while we were at the vet, as some issues came up where I needed expert pet relocation advice. After four years of successful microchip scanning, Milo's microchip suddenly wouldn't scan at his vaccine appointment and he had to get a new one implanted before his rabies vaccine.

I was so glad to have Keith on the phone to reassure me that the timing would still work and ensure that our vet understood the whole process. Our vet was also unsure whether Joe Dirt's microchip would work with international standards, and having Keith there to verify that it would was a life saver. 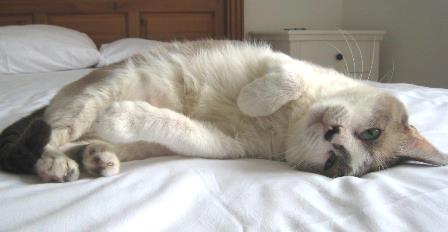 Matt and Keith were also very understanding of the fact that moving internationally is very stressful and that we needed the flexibility to make last minute decisions. We ended up having them schedule O'Brien Pet Transportation to deliver the cats to SFO instead of having one of our friends do it, and this was a great decision. Their contact knew how to package the cats together at check in to ensure they would next to each other on the flight. She also knew the man who would load them on the plane and told me that he loved animals.

We also received updates on the cats' flight information so we knew where they were at all times. Keith emailed me when they departed SFO, landed in Dulles, departed Dulles and landed in Dublin. It was great to be so informed the whole time. We decided to have the cats delivered to our residence in Dublin upon their arrival. Keith arranged this and it was a really good decision.

We were exhausted upon our arrival and it was perfect to have a day to prepare for them (buy food, litter box supplies, etc.) and then have them delivered to our doorstep. A very kind Irish gentleman named Garrett rang my bell and said, “I  have two beautiful cats for delivery.” I could tell he really loved animals and that our kitties had been in good hands.

Joe Dirt was wide-eyed and sitting up and Milo was totally hidden under his bedding—he had buried himself kind of like an ostrich. I signed for them and took their crates inside. They were both so happy to see us and began eating and drinking immediately. 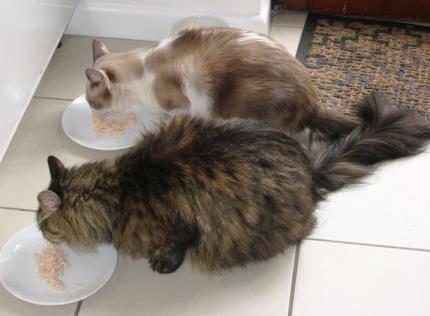 We were really surprised at how unscathed our kitties were by the ordeal of moving, being confined to a crate, being in a loud plane, etc. We thought they would be more traumatized upon their arrival. But instead they were ready to eat and drink and be loved by us. That night when they curled up with us and purred was the best night ever. We could tell they were so happy to be with us and just wanted love.

How are your cats adjusting to the new location?

They are both doing really well. It was a little hard for them to get used to their temporary home where we stayed for two weeks, only to move again to our home where we signed a year lease. They've been a little skittish after the second move, but are still really loving and sweet. We can tell they're settling in and getting used to their new home. Soon we will be able to let them explore our back garden, a secure area where they can get a breath of fresh air!

What is life like in Dublin so far? Do you think it’s a pet friendly place to be?

Life in Dublin has been great so far. When we were still in the States, people had told us that the Irish weren't that fond of cats, which we have found to not be true. We've seen many happy, friendly kitties here and happy pets in general. It's somewhat problematic to be in the city centre without a car and to need pet supplies. We've been told that most of the large pet stores are located in the outlying suburbs. But our small neighborhood pet store has been very helpful, they're ordering the cat litter we like especially for us! 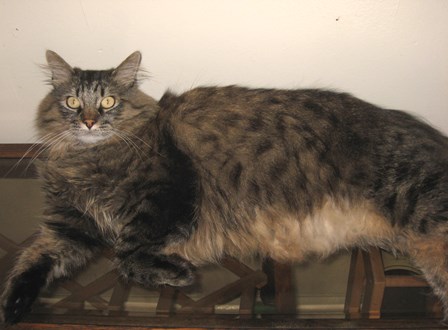 We didn't quite realize how stressed we would be in the final weeks before our move. We thought we'd have everything under control. Then every little thing you need to do becomes five more little things and before you know it, you're totally overwhelmed. It was just so great to be able to rely on PetRelocation's expertise during this time.

It meant that we didn't have to worry about one very major component of our move, relocating the cats. And knowing that our babies were in caring hands was absolutely priceless! Milo and Joe Dirt are by far the most precious things that we moved and knowing that we made their move as safe and comfortable as possible was the most important thing in the world to us!

Thanks again to Charlene for sharing Milo and Joe Dirt's move story with us. Contact PetRelocation if you have questions about your upcoming pet move, and happy traveling, everyone!