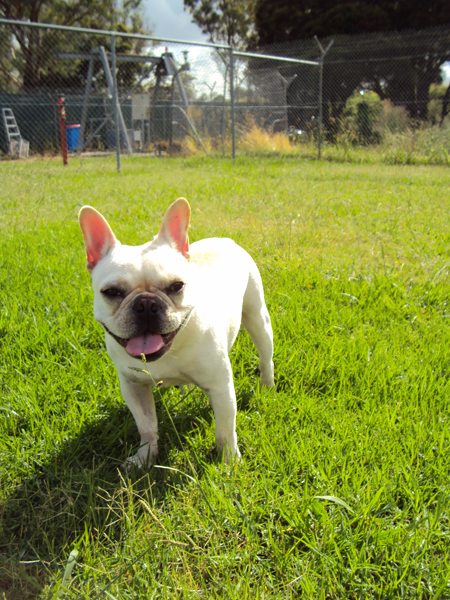 Our Pet Move of the Month for August is Chunk, the French Bulldog we recently moved to Australia! We introduced you to Chunk a couple of weeks ago when we offered advice for how to move a pet to Australia, and because this was such a great story, we thought it was worth taking another look at this lovable, world-traveling pup.

Read on to find out more about Chunk and his new life (and new rain gear!), and thanks to Michelle, pictured below, for sharing some great tips about moving to Australia and settling in to Sydney. Congrats, Chunk!

Is this the first time you’ve ever moved your pet?

Yes. We’d transferred to Scottsdale, AZ for work and purchased Chunk while we were there. Six months after buying him, we decided to move home.

His well-being during transit and potential separation anxiety. He had never been away from us for more than a day or two at a time. Also, it wasn’t like taking a pet on a domestic US flight. He needed to be in a proper crate, dropped off at a pet drop-off location, and stowed underneath during the flight.

Yes, we had no idea the quarantine restrictions in Australia were so stringent. Part of the Australian import requirements include undergoing a Rabies test, known as the Titer test. This involved having his blood tested and sent to a lab, and then having his results certified by the USDA. The date the blood is drawn for this test is when the 180-day quarantine period begins, and since we were due to fly home 60 days after the test, he had to spend the maximum 120 days in quarantine.

We also discovered that due to his snub nose breed type, he couldn’t fly the direct 14-hour flight from LA to Sydney. Instead, he had a few hours' stop over in New Zealand. Petrelocation gave us peace of mind by telling us that when he traveled, he would be the last thing loaded on to the plane and the first thing taken off.

How is Chunk adjusting to his new home? 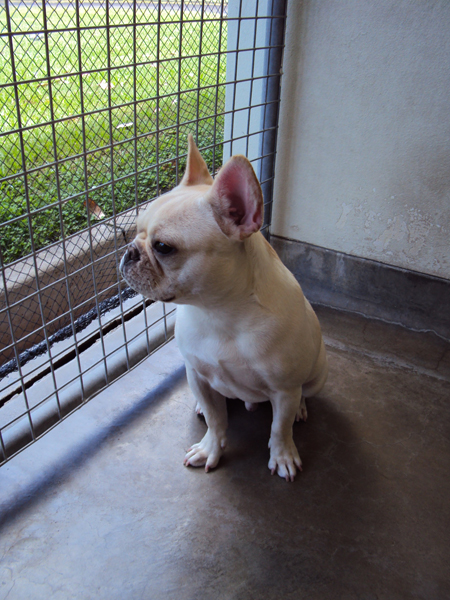 Once in Sydney, he was met by Quarantine staff and taken to their facility at Eastern Creek. We were able to visit him as soon as we arrived home, and he seemed to adjust to his time in quarantine quite well. Now that he’s back in Sydney, he’s experiencing rain and colder weather for the first time in his life. We’ve bought jackets and a raincoat for walkies!

What is life like in Australia? Is it a pet-friendly place to be?

Scottsdale, AZ had some amazing dog parks that were fully fenced in. Sydney doesn’t have what we’d regard as ‘safe dog parks’, so you need to be confident that your dog will return to you on command and not run onto the street.

There are a few parks where you can take your dog and let them play with other dogs, such as Centennial Park in Sydney. Everyone is friendly and will help you with your dog if they don’t come back! A list of off-leash areas within Sydney can be found here. There are a few doggy day care centers, but certainly nowhere near as many as the US, and they are more expensive than you would find in the states. For example, in Scottsdale, all day doggy day care cost USD $25, whereas in Sydney, it will cost you upwards of AUD $50. We recommend Dogs @ Play, who also provide grooming and training.

There are a few big pet store chains, such as Pet Barn and Pets Paradise, which offer pretty much everything you need. These are all fairly central to the CBD, but we do buy a lot of items for Chunk online and buy his dry food from the vet.  The vet we take Chunk to is located in the Inner West of Sydney, and the staff have been fantastic. There’s even an American on the team! It's called Livingstone Road Animal Health Centre.

Invest the money on a pet relocation specialist such as PetRelocation, whose help was invaluable. We care for and love Chunk so much, and we’d have no hesitation engaging their services again. 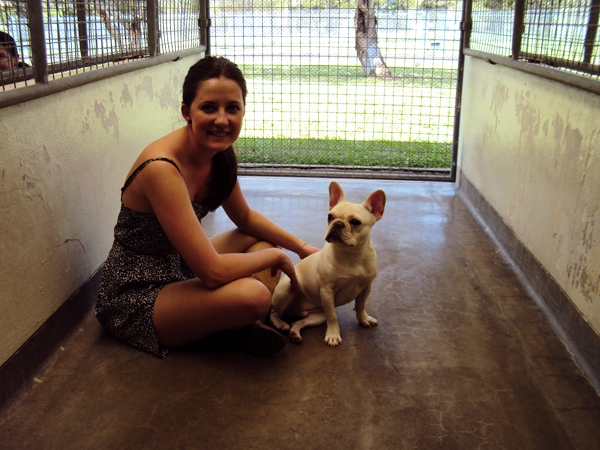 Thanks again to Michelle, Andrew and Chunk. We wish them the best of luck in this next chapter of their life!

Need help arranging your dog's move to Australia? Have other pet shipping questions? Contact us for a consultation.