Tell us about Dutch! How did he end up joining your family? What kind of dog is he, and what’s his personality like? 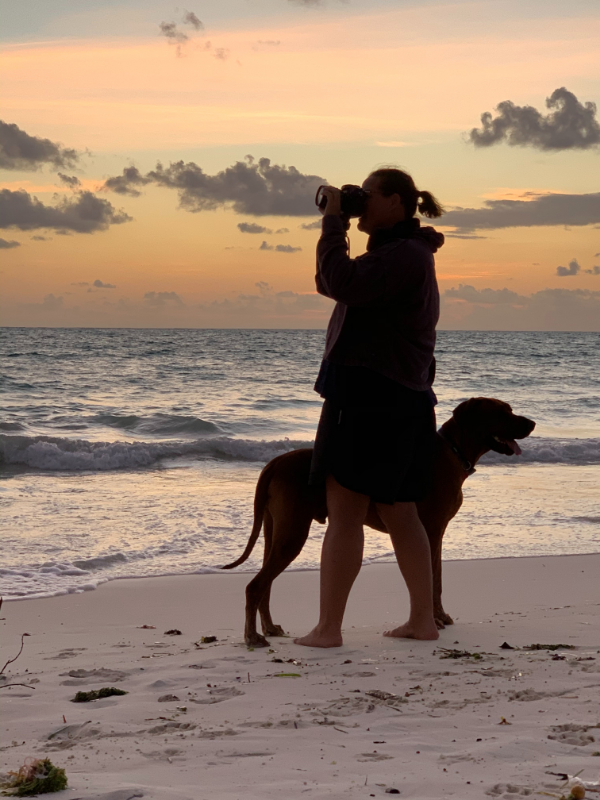 He joined our family on a wet and snowy February morning in 2018. Maybe it was a bit of foreshadowing but he traveled from Florida to Washington state before he was even four months old. We were specifically looking for a Rhodesian Ridgeback and we were having a hard time finding a pup closer to home. He was the only boy in a litter of eight puppies. We’re so happy we found him.

From the start, he was a pretty shy dog and that hasn’t changed. It’s quite funny to see him cower away from dogs 1/10th his size. A little surprising, especially a dog coming from a line of lion hunters. Instead, he’s just a dog that wants to curl up on your lap. That’s his preference and we love it!

Seattle to Zanzibar is a long trip! What brought along your move?

We had decided that we wanted to leave our 9-5 jobs and move overseas and invest in a dive business. We had everything ready to go for a move to Indonesia on April 10th, but the coronavirus had other plans. We decided to wait it out. One month turned into two, then 5 months. After being quarantined at home, without jobs, we decided we would wait out COVID somewhere warm and sunny. Enter Zanzibar. After all, they have great diving there!

Our trip included almost every form of transportation: a car ride from Seattle to San Francisco, an airplane ride to Dar es Salaam, Tanzania, a two-hour ferry boat ride to Zanzibar, and a final 1.5-hour taxi ride to our home in Zanzibar. He was was happy to get out and he wouldn’t leave our sides for a week.

He’s not a small dog! What advice would you have to other pet parents planning to travel a long distance with a large dog?

For starters, get your dog ready to travel in a crate. For the two months preceding our move we put treats in his crate and rewarded him with attention whenever he “wondered” into it voluntarily. This made the final days of travel much easier.  By the time we moved, we actually caught him just hanging out in the crate. Not sure why, but we saw it as a sign that he was comfortable with it.

Also, for big guys like Dutch, be prepared to be conspicuous. Like, stop in the street like you just saw Brad Pitt, conspicuous.  We had people trying to look in and see what we had in our huge crate. Once they saw, we heard a lot of “Mbwa Kubwa” (big dog in Swahili) or “Simba” comparing him to a lion. 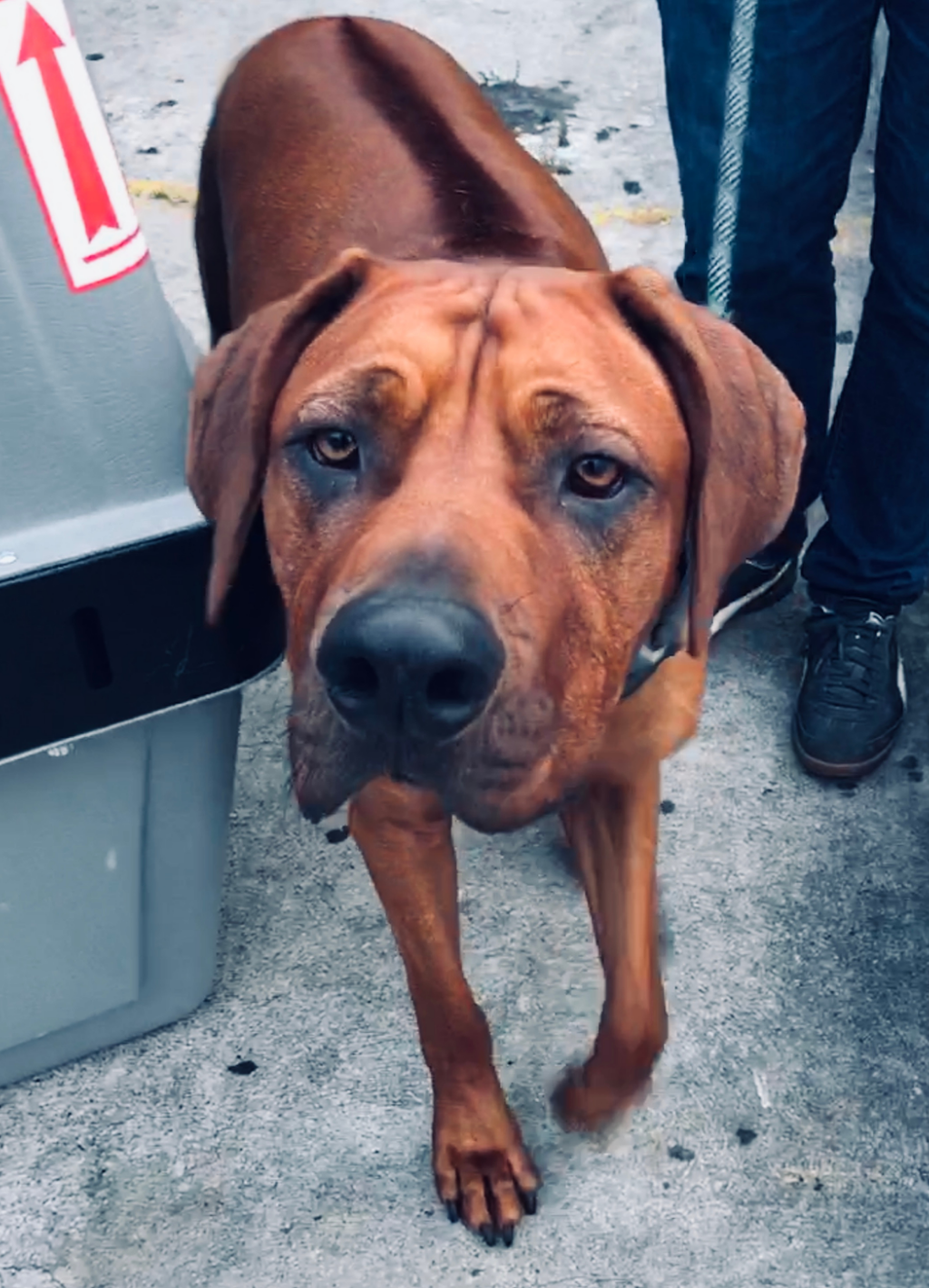 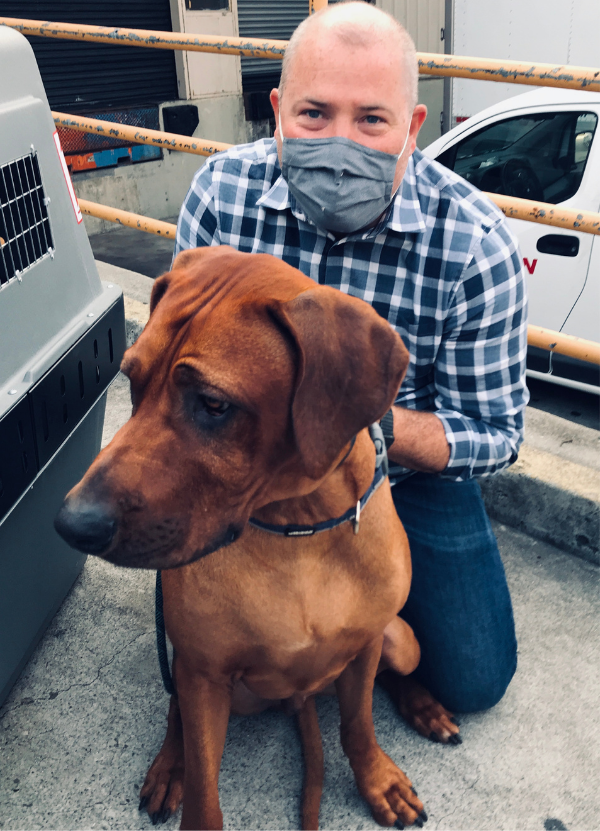 Dutch, preparing for his flight!

Andrea and Sarah were your pet shipping team! What was the best part of working with our team and how were they able to help?

Andrea and Sarah were incredibly helpful. Really great! Our trip had so many twists-and-turns but Andrea just took them in stride. As mentioned, we were originally going to Indonesia, but COVID had different plans for us. Andrea probably had bi-weekly emails and calls from me over the course of five months, asking, “what if we decided to move to Malaysia/Thailand/Egypt/Belize/Tanzania…” whatever country was open at the time. She would take it in stride and give me a quick response with enough information to help me make a decision. Between vaccinations, vet visits, USDA approvals, travel, government restrictions, transportation in far-off countries, desperate owners, and more desperate owners being more desperate, there was a lot to consider! 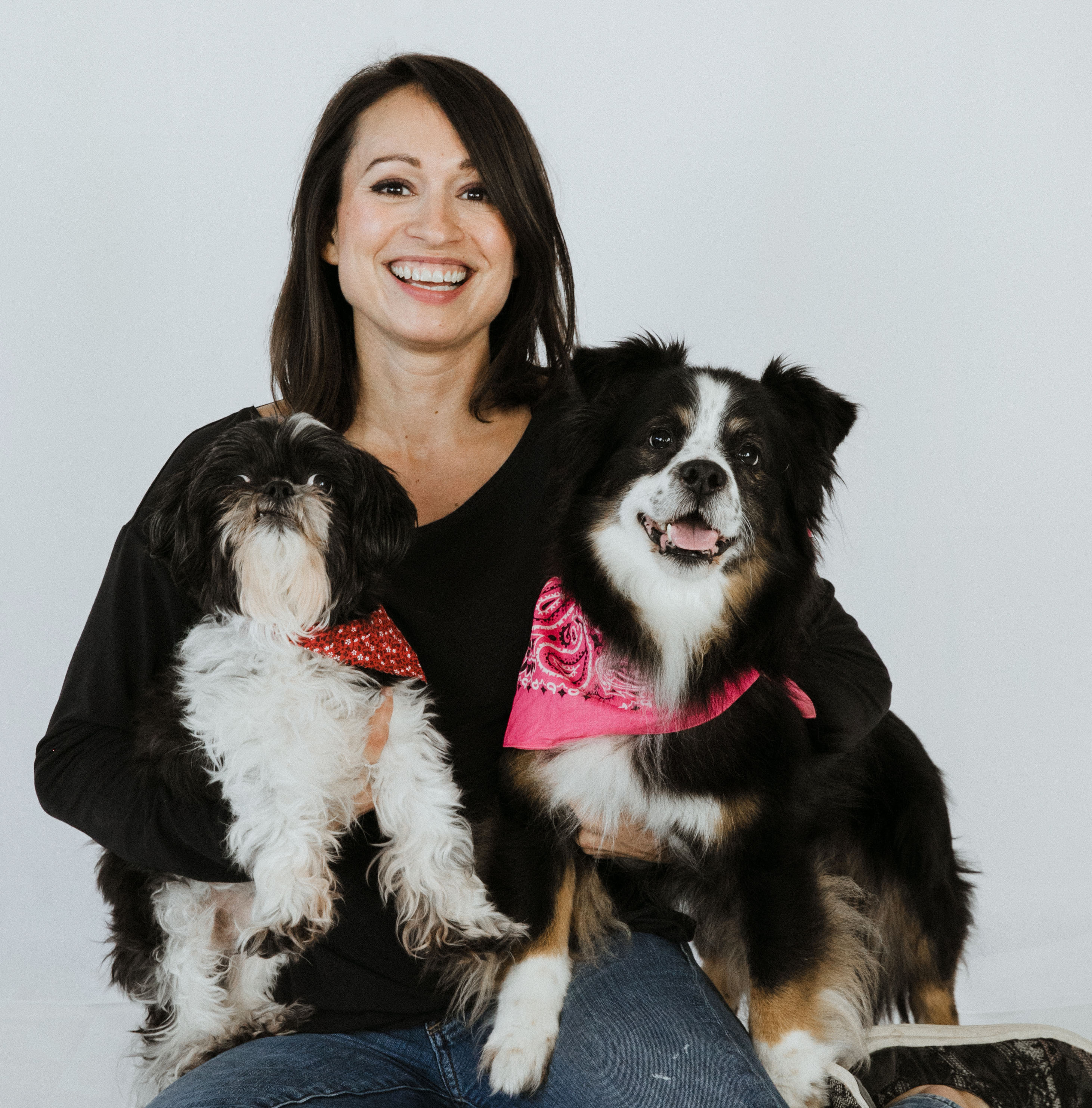 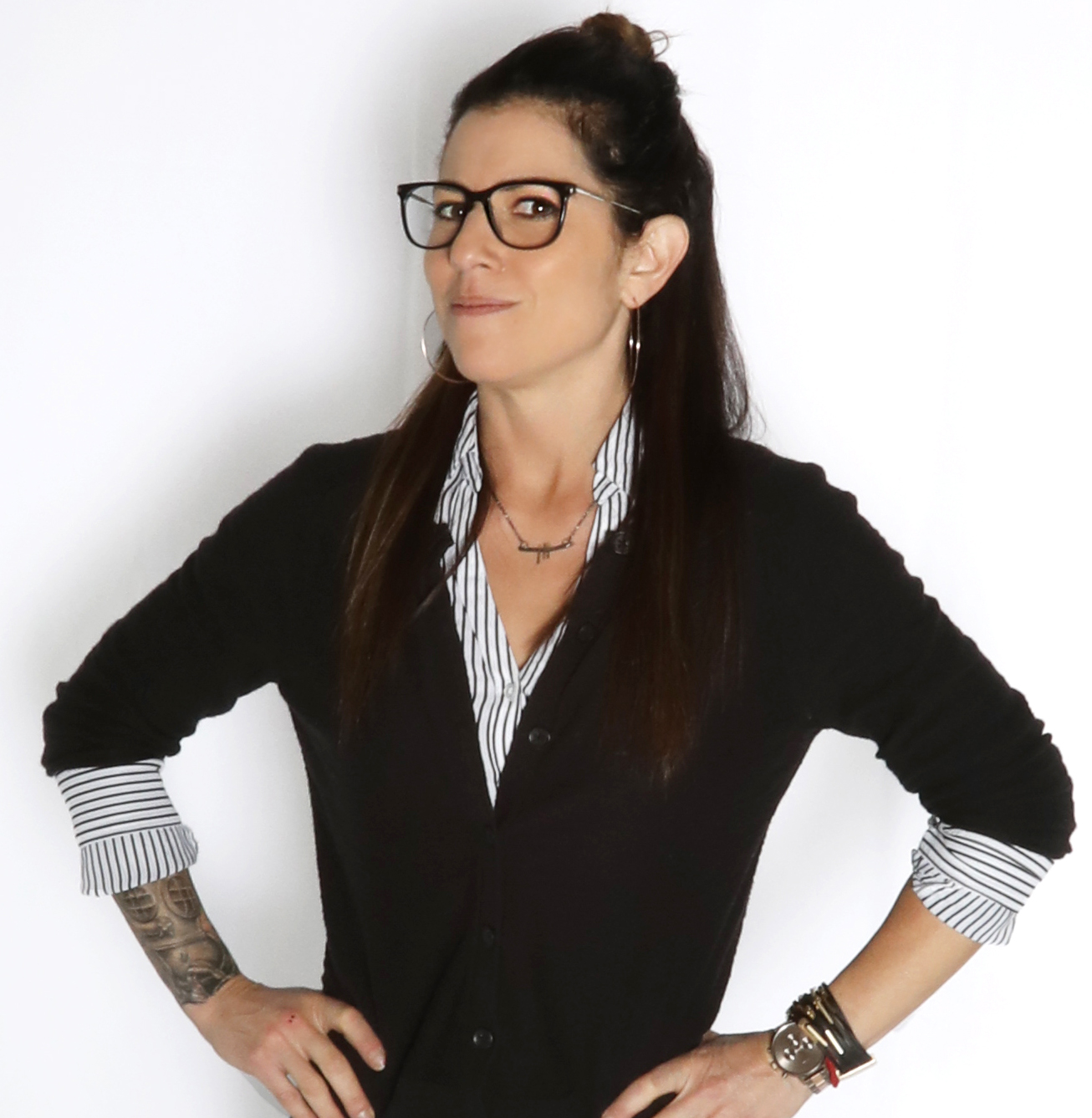 The biggest and most priceless service Andrea offered was peace of mind. There are so many variables at play in a move of this size. We had plenty to worry about for our human-moving concerns; adding the complexity of relocating a family pet would have pushed us over the edge.

How did travel day go? How did Dutch do? 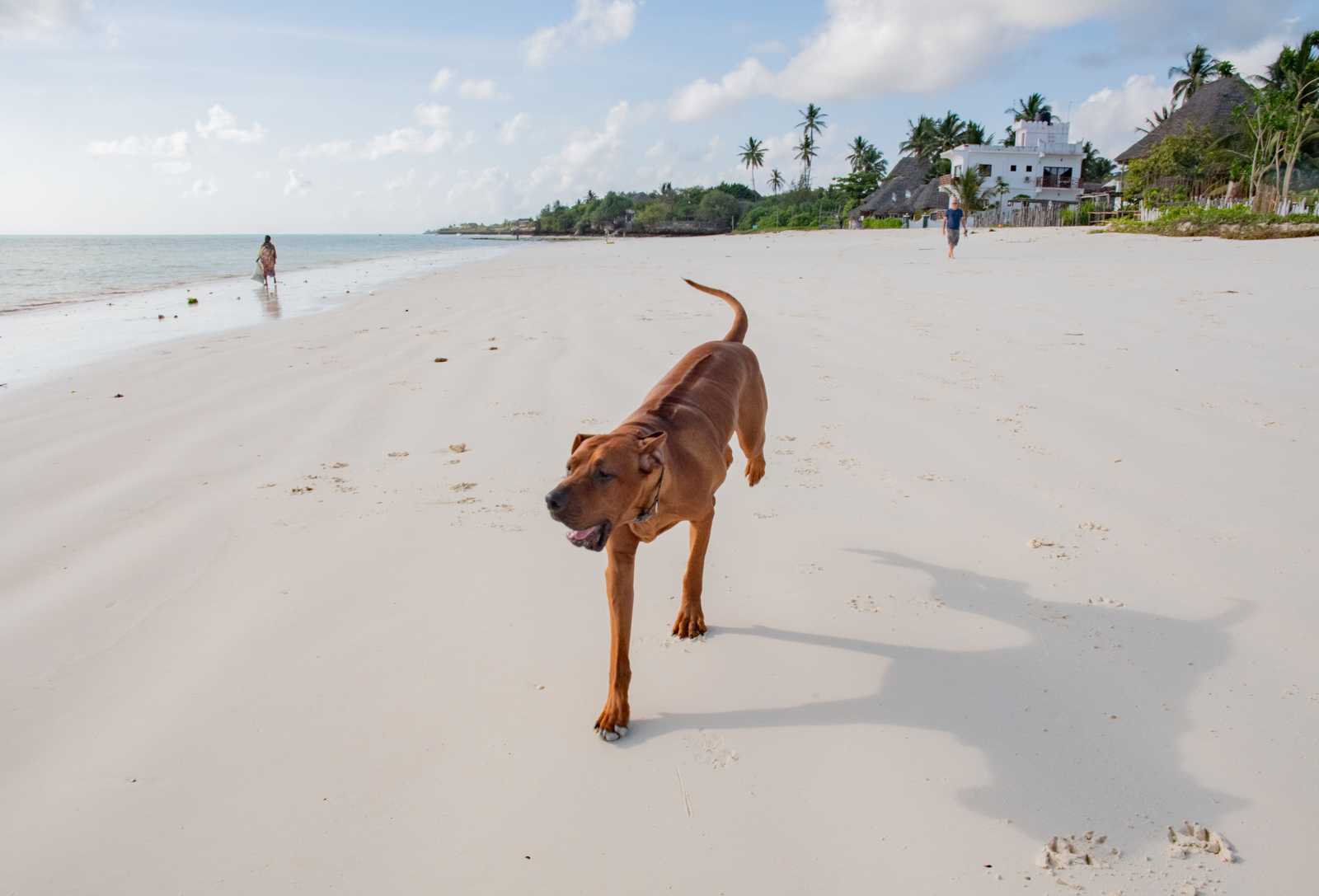 Dutch did really well considering his day of travel was actually about a week and included a two-day road trip from Seattle to San Francisco, two-days of flights, with an overnight in Amsterdam and Dar es Salaam, a ferry ride to Zanzibar, and a final 1.5 taxi transport with us to our new home.

He kept his cool and was able to relax with very little whining.

How’s life for Dutch in Zanzibar? Has he settled in?

We’ve now been in Zanzibar for about two months and are loving it! We still plan to move on to Indonesia, but for now, Dutch is becoming a beach dog and maybe someday he’ll even like swimming.

In fact, there is a village cat that visits - often around Dutch’s dinner time - and lets itself in. The cat pops right in as if he lives there. If we weren’t there, I imagine the cat would bully Dutch away from his food and Dutch would wait in anticipation of a playtime that would never happen.

The only drawback for us is that with all the sand, he needs a lot more baths. 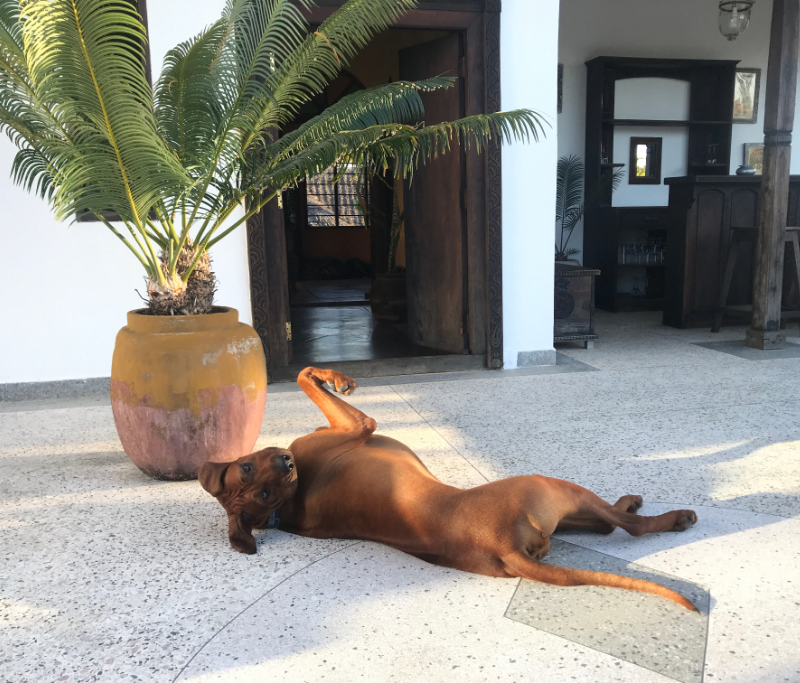 Wow, what an exciting story! We're so happy Dutch is enjoying his new beachy (albeit, sandy) life!

As you can see, pet travel in 2020 was anything but predictable, but PetRelocation is here to help you take the whole family on the adventure, even when you're not sure where that destination may be. If you're starting to plan your move, let us know how we can help!