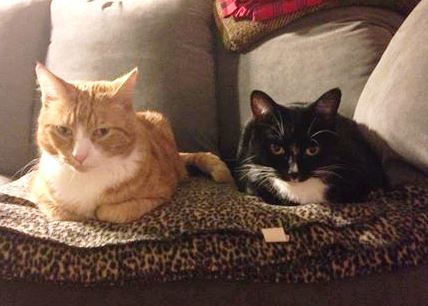 This month's featured pet move shines the spotlight on two very cool cats: Fred and Wilma. This charming duo has moved with us before (their mom is a busy world traveler), so they're becoming pros when it comes to relocating internationally.

Their latest trip took them from Germany to Japan, and now that they're settling in we thought we'd catch up and find out how things are going. Read on to find out more about Fred and Wilma!

Due to my job, I move every 2 to 3 years. I got the cats in Australia in 2007 and since then I moved them to the States, then to Germany and now Japan.

How did this particular move compare?

Both of the moves were the easiest, smoothest I ever had with the cats.

What were some of your initial concerns?

No matter where you are headed, the paperwork can be extremely confusing and overwhelming. I was worried that since I was overseas, it would be hard to get everything done on time.

What surprised you about the pet travel process? Can you discuss any particular challenges or interesting details?

The best advice I can give is to plan early. Lots of countries have strict rules about the importation of animals. In my case, I was taking my cats from Germany to Japan and had to have a 6 month “at home” quarantine. Also, lots of airlines have restrictions on the time of year the pet can travel based on the temperature.

How have Fred and Wilma handled the transition so far?

My fur babies are known for being “fraidy cats,” but as soon as they got to me here in Tokyo and out of their crates, they have just taken over the apartment. They found their box, their food and my couch for a nice nap. I just cannot get over how easily they have adapted.

How do Japan, Germany and the United States compare in terms of pet-friendliness?

Both Germany and Japan are known for their love/obsession with their pets. The Germans LOVE their dogs and the Japanese LOVE their cats (see Hello Kitty). In Germany, I was lucky enough to have a vet that made house calls! I get my pet supplies online or from a military base, as my cats are used to American products. I know I could get anything I need here in Japan if I had to.

As I say, plan early. Pets are part of your family and SO important to you, so I know the process can be stressful because you just want them to be comfortable and happy. It can be done (and be done smoothly) if you plan ahead. 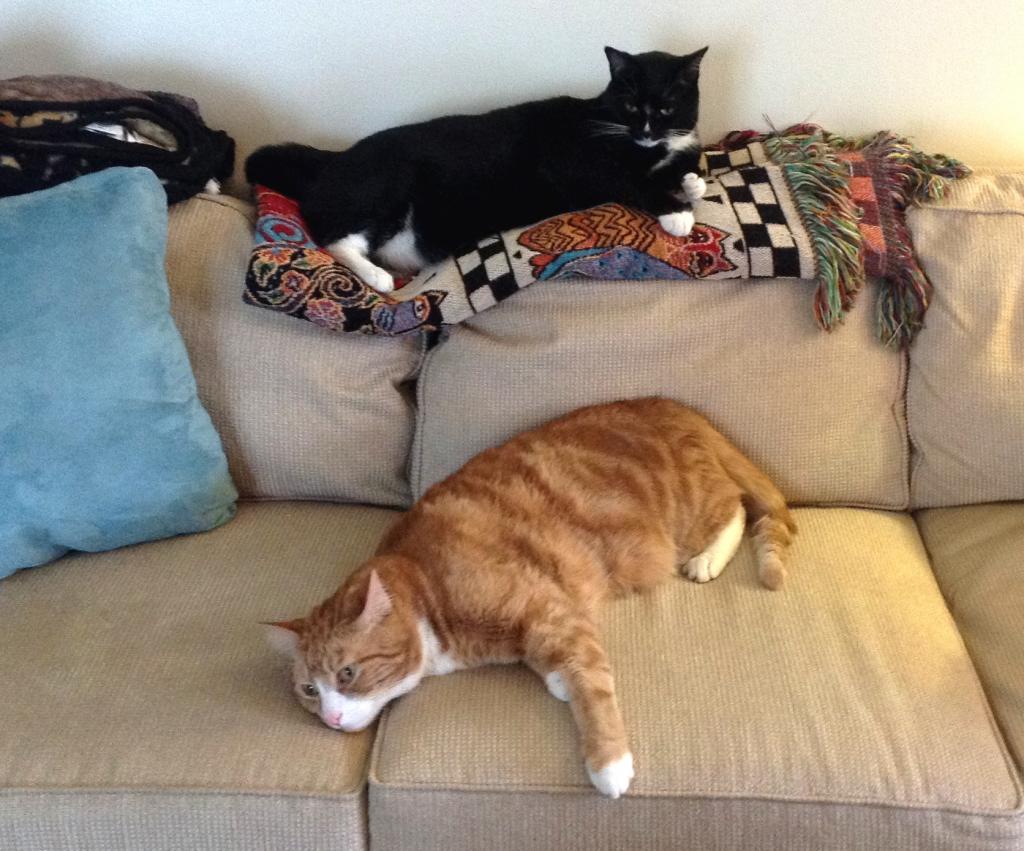 I did my research, believe me. I went with PetRelocation because they were super responsive and totally understood how important my cats are to me.  I was encouraged by the testimonials of other clients. Also, I immediately felt at ease with my PetRelocation consultants.

My situation was hard, as I was moving from Germany to Japan with a stop in the States in between. Turned out I had to leave the cats with my brother in the States for 6 months due to a Japanese regulation for an “at home quarantine.” My consultants treated my brother with as much respect as they gave me and constantly kept us both informed.

They walked us through all the paperwork and worked out a great timeline. I also LOVED that they offered a point to point delivery. They picked up the cats at my brother’s so that he would not have to tackle the nightmare of the airport processing, and they delivered the cats to me at my place in Tokyo. I have done this by myself and trust me, this was priceless!!!

Congrats to Fred, Wilma and their loving owner on another successful move! Thinking about relocating with your own pets? Feel free to contact us to speak to a Specialist about your options.