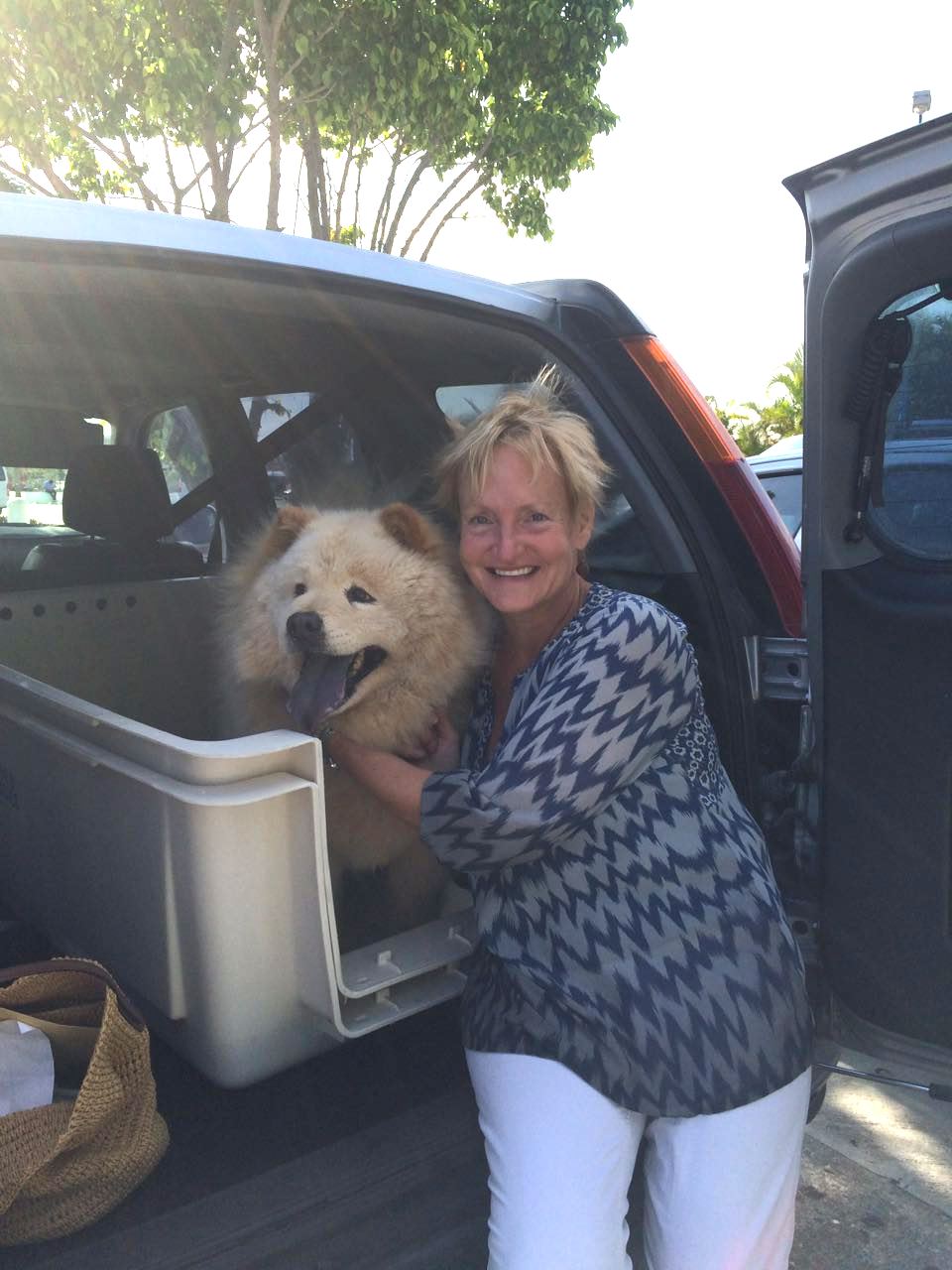 Though every pet move is a little different, the emotions behind them are typically very similar. At first there is excitement at the prospect of traveling, then comes stress and possibly frustration when it becomes clear that moving internationally with pets is no easy task.

That's why PetRelocation is here to help! We're always glad to step in when situations like Henry's arise—this Chow Chow's owner was having trouble figuring out how to transport him safely from Montana to Mexico, but with some careful planning our team got him to his destination safely.

Read more about Henry's journey and you'll see why we chose his move to feature as our Pet Move of the Month!

What brought about Henry's move to Cancun and what challenges did you encounter?

My husband and I have split our time between northwestern Montana and the Playa del Carmen area of Mexico for several years. In the past, we have driven the 4800 mile trek with Henry, a 75 pound Chow Chow and his sister Annie, a lively Springer Spaniel. It's an eight-day marathon – as arduous for us as it is for the dogs.

This past fall when we would normally have returned to Mexico by car, we both found that our businesses were very busy and we couldn’t map out time for the drive. So the trip got postponed and postponed, until we realized winter was upon us and we could no longer do the drive due to snow in the high mountain passes and the fog that descends in Mexico mountains in the winter.

So, while our home in Mexico sat empty on the ocean, we looked for a way to get the dogs south. I was able to fly Annie myself as checked baggage days before Delta changed their regulations about international travel with pets, but our Chow Chow was too big and would require shipping as cargo, which meant finding a customs broker in Mexico. My Spanish is rusty and so we languished – Annie and I in Mexico and my husband with Henry in Montana. I spent tens and tens of hours trying to find a resource to get Henry to Mexico, but could not figure it out. Winter waned and the issue became how to get Henry – now with a full winter coat – to our home in Mexico safely given the heat. 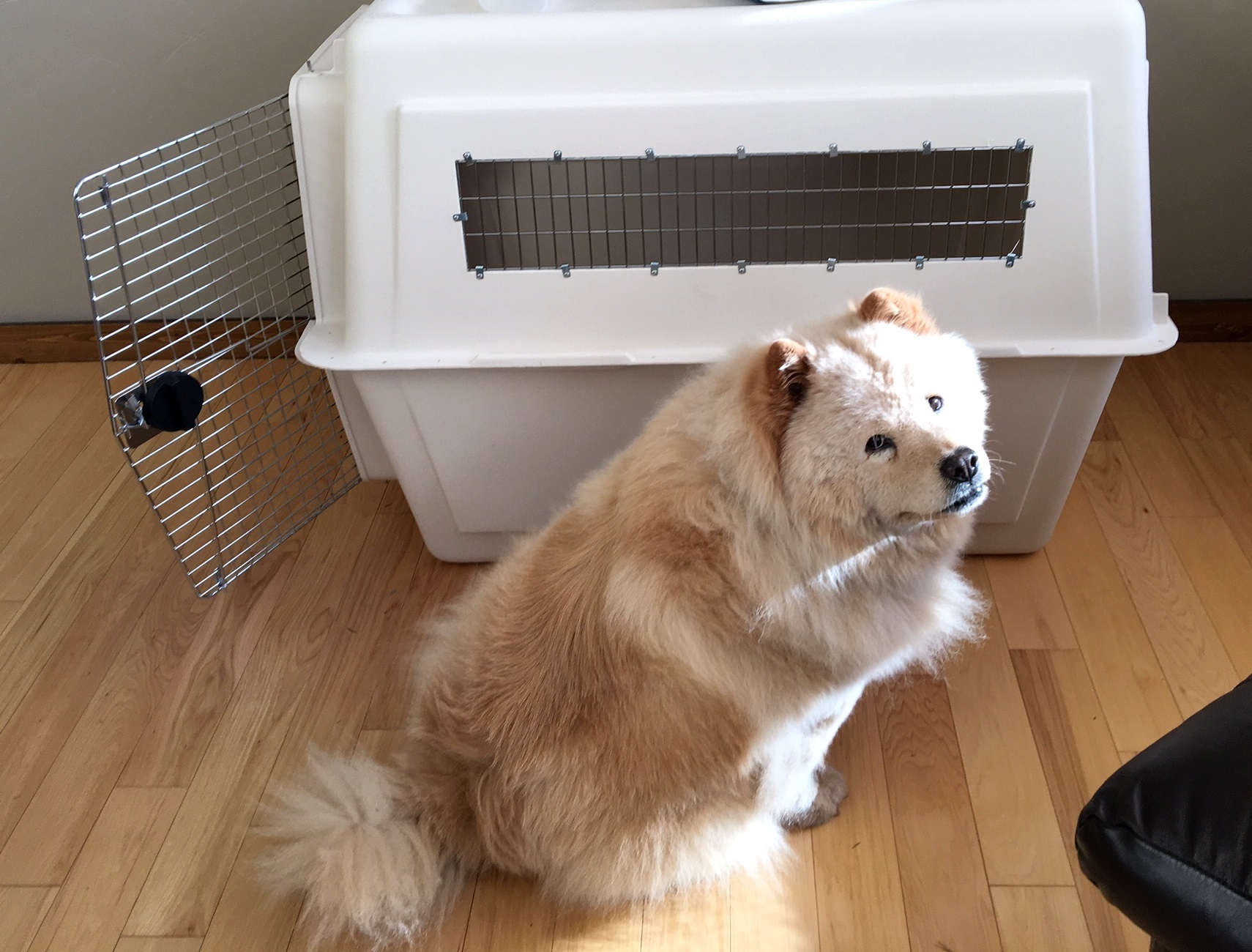 Were you familiar with international pet travel or was this all new to you? What surprised you about the Mexico process?

Years ago I flew my dogs back and forth to the United States from a remote Dutch island in the Caribbean. Before 9/11, this was a relatively easy process. Over the years, it has become harder and harder to fly pets into the Caribbean. Mexico is even more difficult than most locations.

How did you prepare Henry for the trip?

I got him used to his large travel crate, which I sized up so he would have plenty of ventilation. I started by putting his food bowl in it with the top off and then put the top on and then, finally, I started closing the crate door while he was eating, staying close by so he could see me. The last step was leaving him for progressively longer periods in the crate while I was elsewhere in the house. 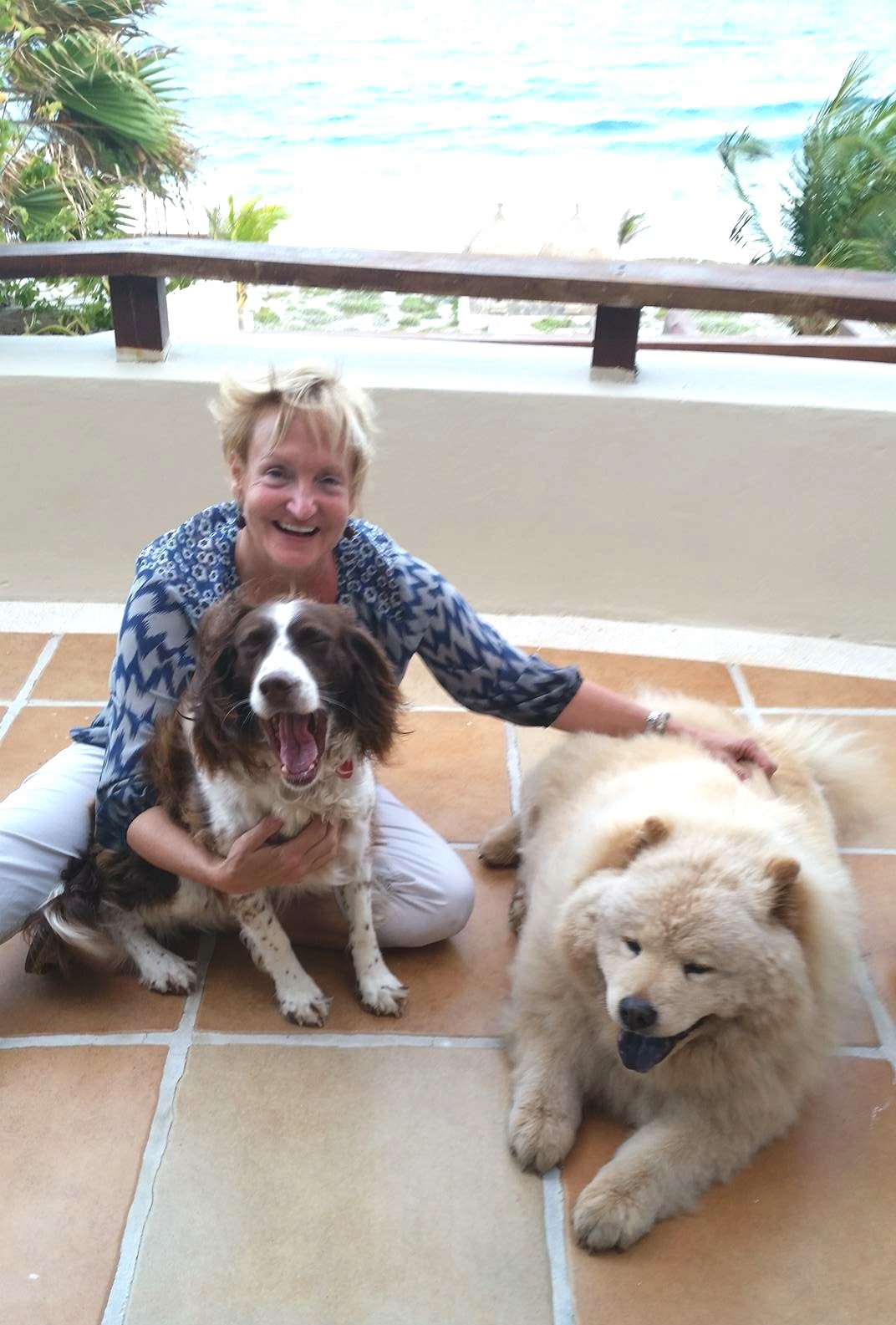 How has his transition to your new home been and how pet friendly is Cancun?

He has spent time before in our home outside of Playa del Carmen so it is familiar territory. Our gated community is very pet friendly – lots of my neighbors have large dogs and we see each other early every morning and late in the afternoon, walking our dogs in the park.

Moving or even just basic international travel is stressful. Arranging this for your pets – and then giving up control of their well-being—  is even more stressful. I was very anxious about Henry’s trip. I worried that he would become overheated, dehydrated and even possibly aggressive during a lengthy travel situation. His trip routing included three separate flights and almost 48 hours in transit.

PetRelocation kept me informed at each step of the way. I got frequent text pictures and status updates. The photos of his kennel for his day-long stay in Mexico City showed a modern and clean facility. He was personally delivered from the Cancun airport to me less than 15 minutes after his flight landed. It all went perfectly. Henry arrived in great condition. He was happy and relaxed and obviously well handled. He was very glad to see his sister dog Annie and our family was once again united, all in one place.

PetRelocation was responsive to my first email. Each interaction with the company was professional, sensitive and informative. The pre-trip advice was helpful, and when a form had to be redone at the last moment PetRelocation really went the extra mile by arranging a courier to the vet’s office in remote rural Montana to get the form picked up so It could arrive in time to make the flights. I simply can’t speak highly enough about this smooth and professional process, from beginning to end.

Thanks so much to Henry's owner Wendy for sharing this incredible experience with us!

Looking for help with your own complicated pet move? Contact us for a consultation.