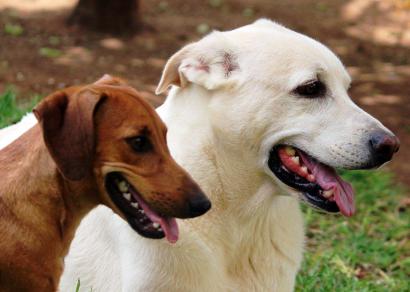 Owning multiple pets already means living a life filled with a little more adventure than the average person, so imagine if, on top of that, you were traveling the world with a menagerie in tow.

That's the story behind February's Pet Move of the Month—with three cats (Tom, Pom and Mobster) and two dogs (Felice and Worsie), Cindy and her husband Luigi have relocated more than once and haven't yet settled anywhere for good. Read more about their recent move to Sri Lanka, and join us in wishing them all the best as they continue their world travels!

Is this the first time you’ve ever moved your pets?

No, we’ve relocated quite a bit actually. The first time was from the Netherlands to Italy and the last time (before moving to Sri Lanka) was from Scotland to Namibia.

Our relocation from Scotland to Namibia did not go well at all, so we were actually concerned about everything! In particular about Felice, as the blood tests in Scotland went wrong as a result of which he could not travel with the rest and even had to make an additional stopover in Zimbabwe, as the results were not available on time.

So, all in all we were very, very concerned. But this gradually all disappeared as Christina really knew what she was doing and really seemed to have it all under control. I must admit that we were worried about the time frame—in particular the blood samples that had to be shipped to South Africa, as the testing could not be done in Namibia. We had just seven days from drawing the blood to receiving the test results, but it all went very well and everybody involved was really great!

Well, not particularly about the international pet moving process itself, as we’ve become quite familiar with it, but the approach of PetRelocation was definitely refreshing!

How are your pets adjusting to the new location?

Very well!! The temperatures are somewhat lower than in Namibia and the humidity is many times higher, but they don’t seem to be bothered by it. The dogs love the garden and the cats love running around the house.

At night (we live “on top of a hill” as the last house of this “street”), thousands of bats fly past our house, and this is something our cats love! They have actually already become accustomed to this and they wait for it to happen (and then Pom starts climbing the window bars hoping to catch one)! 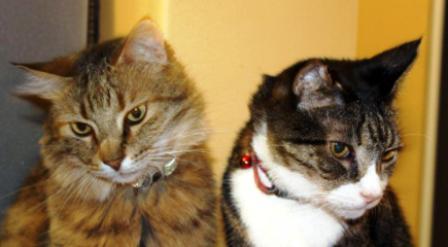 What is life like in Sri Lanka? Is it a pet-friendly place to be?

I would not describe it as pet-friendly actually. There are so many dogs living on the street, which is something I find hard to accept. It’s difficult to take the dogs for a walk, as street dogs might attack them. Fortunately we have lots of land around the house where they can run about.

We do live close to the Veterinary Medicine Faculty of the University of Peradeniya, and vet services are said to be good around here. So far I haven’t seen any pet stores yet. I do know of a specialized K-9 store in Colombo (the capital of Sri Lanka), but here in the Kandy region there's nothing so far!

Supermarkets generally sell cat and dog food (Whiskas, Pedigree, etc.), but nothing really fancy. Litter boxes and litter box sand is nowhere to be found, so we had to improvise. We now use large plastic washing bowls with wood fluff in it as litter boxes, and the cats don’t really seem to mind. 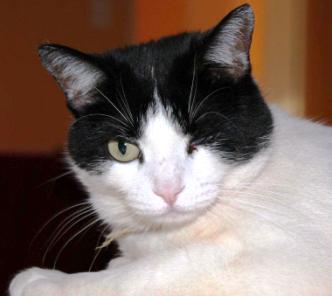 Luigi created a scratch pole from pieces of wood and coconut rope, which they appreciate very much. We normally cook for all the guys twice a day, and they do appreciate the fresh fish that is abundantly available over here.

Start early if you know you’re about to relocate! We contacted PetRelocation about 10 months in advance, and this might seem ridiculous, but in the end it really worked in our favor as we were able to think of a Plan B or even a Plan C if Plan A would not appear to be feasible. And it also gave Christina lots of time to organize all the people involved and find the best agents throughout the route.

Please contact PetRelocation if you have any questions about moving pets to Sri Lanka (or anywhere else). Who knows, maybe you'll be our next Pet Move of the Month!