Update, 12/30/13: You've probably heard about the political unrest and violence that has lately been occurring in South Sudan, so we wanted to update you about Zimbo and Vince and assure you that they are safe! Vince emailed us last week and let us know that they had both left the country and will be returning to the United States. We are glad to hear they are okay!

It's often hard to decide which move we should feature as our Pet Move of the Month, but no one should be surprised to hear that we asked Zimbo to take the spotlight this time around.

We recently helped this loyal Rhodesian Ridgeback travel from Washington, D.C. to Uganda, and from there his dedicated owner Vince took the lead in getting them both to South Sudan, where they needed to be for Vince's job. It wasn't the easiest trip, but it was certainly cinematic (see for yourself in Vince's video below) and ultimately very successful.

Take a minute to read about Zimbo's tale of adventure below… And thanks to Vince for sharing this move and this incredible story with us!

It sounds like you're quite the world traveler. Have you ever moved a pet internationally before?

Yes. I got Zimbo while working in Zimbabwe so his first international trip was at 18 weeks old from Harare to Washington, D.C. I used a Zimbabwean pet relocation services for that move. I’m now in South Sudan because of work. 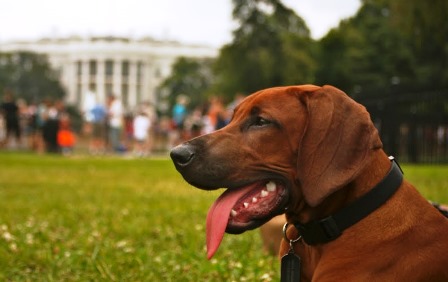 Well, they certainly weren’t with PetRelocation! South Sudan became the world’s newest nation in July 2011 after decades of conflict with the North, which had neglected many of the institutions and services to the people of South Sudan. As a result, my main concern was with the huge uncertainty of dealing with a public administration system that is “learning as they go.” 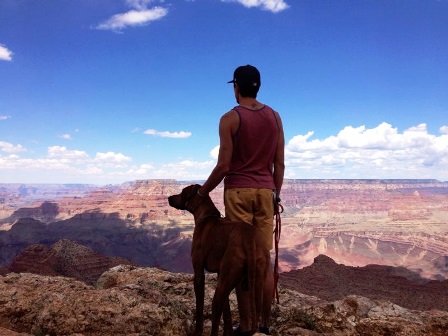 Did anything surprise you about the process?

Yes! Rather than flying Zimbo into Juba, I decided  with PetRelocation that it would be safer to fly him into Entebbe, Uganda. PetRelocation took care of all the paperwork, relieving the stress and headache of having to navigate different customs forms, veterinary certifications, and airline services. They made my life so much easier.

From Entebbe I hired my own driver to take me to the Nimule border crossing with South Sudan. That’s where I encountered some of the worst road conditions I’ve seen in Africa. Even the 4x4 safari outfitted Landcruiser I rented couldn’t pass—the roads had been completely wiped out by the rains.

So to cross into South Sudan, I had to place Zimbo on my lap—mind you, he weighs 134 pounds!—on the back of a boda-boda (motorcycle taxi) as we trekked through 15 kilometers of muddy and rugged terrain. It was an adventure I’ll never forget! In the end we reached Juba safe and sound and with an amazing story behind us. 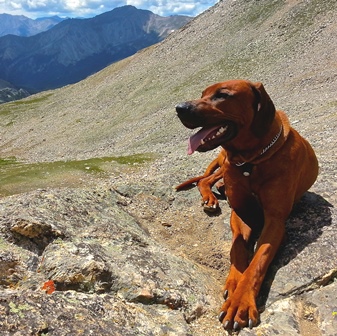 How is Zimbo doing in your new home? Would you say it’s a pet friendly place to be?

Zimbo is doing great! He is a hit around Juba.  Wherever I go people shout out his name and even at the UN compound the security guards always ask about him. I wouldn’t characterize South Sudan as a pet friendly place to be, but being a Rhodesian Ridgeback, he’s right at home in Africa. 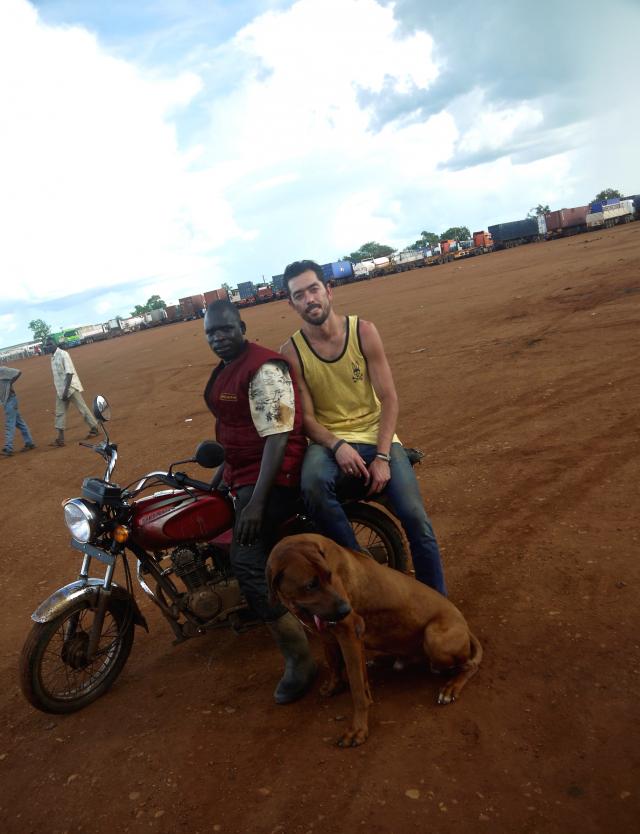 What advice do you have for people who might be planning an international pet move?

Don’t think twice about using PetRelocation! They are amazing! From the first correspondence with PetRelocation, I knew they’d be great. Sarah Rosales and Amber Holub made Zimbo’s move as seamless, safe, and comforting as possible. They were perfect!!!

For more about Zimbo's move, take a look at this video that Vince made about the trip:

Whether you're moving to Africa or Albuquerque, feel free to contact PetRelocation for assistance with your pet move.