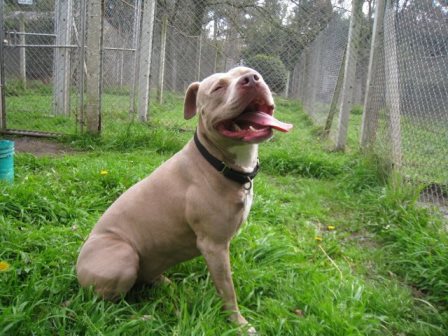 Meet Stan. He just moved from Argentina to Amsterdam, and we wanted to share his pretty great story.

We moved Stan from New York City to Argentina a couple of years ago, and his globetrotting owner called us again when he decided to continue his adventures and move to Denmark.

Unfortunately there is currently a Pit Bull ban in Denmark, but what did the owner do when he found out? He decided to change the plan and move to Amsterdam instead so he could keep his favorite Pittie with him.

Here's more about Stan's trip: It was a 36-hour journey from Argentina because he stopped for an overnight in Frankfurt, and Lufthansa required him to travel in a custom kennel. His owner says Stan handled the trip extremely well and acted as if he just had a regular day! Sounds like his past flying experiences are turning him into a travel pro.

Note that traveling with Pit Bulls is tricky because every country has its own way of doing things, so it's important to research the details thoroughly before planning out a trip. The United States does not require Pit Bulls to be registered, for example, but in Argentina if dogs have papers stating they are “full-blooded Pit Bull” then they are not considered to be an aggressive breed by entities including KLM. PetRelocation ended up choosing to fly with Lufthansa, however, because we didn't have Stan's papers in Argentina. 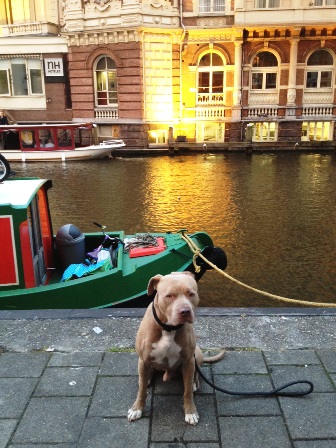 This somewhat complicated move turned out well, as you can see. Stan's owner says he has never been anywhere as dog friendly as Amsterdam, and since he's been in town, Stan has been welcomed into three bars and a restaurant.

We think Stan is one lucky dog to have such an adoring owner, and we love working with such devoted pet people. We wish these sweet guys lots of luck in their new home!

Please contact PetRelocation with questions about moving your pets, and happy traveling, everyone!