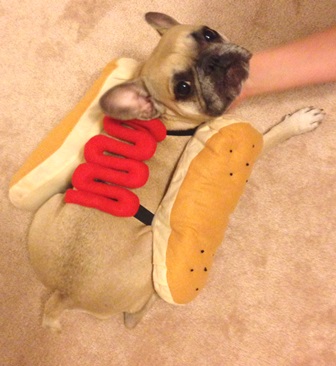 When my husband and I learned we would be moving to Hong Kong, I immediately hit the internet to figure out how to get our 2-year-old French Bulldog Abraham (“Ham” to his close friends and admirers) there, as well.

Moving any beloved pet is stressful, but Frenchies (like all snub-nosed breeds) are particularly challenging given their breathing and temperature-regulation difficulties. When I learned that he could only fly as cargo, I was terrified that we wouldn’t be able to find an airline who would take him or that he would have health problems during the long flight.

Thankfully, we found PetRelocation! They were far and away the best pet-moving company I spoke with: detail-oriented, knowledgeable about the best airlines and routes for Frenchies, and invested in our move.

Cara and Mandy were incredibly quick and responsive throughout the process, and even referred me to a former client who did the same move. Having them on our team was a huge relief.

When it came time to fly, I was a nervous wreck, but our little guy was just fine. Ham made it one piece from DC to Frankfurt to Hong Kong, and his delivery driver seemed just as happy to drop him off at his new home as we were!

After a few days of jetlag and typical Frenchie grumpiness he is back to his happy, snorty self. He loves going on walks in the hills above the city, meeting the other expat pets in our building, and of course snoozing on the couch. We couldn’t imagine not having him here with us. 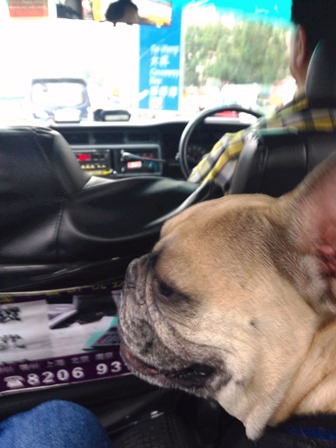 And taking a break from the action…