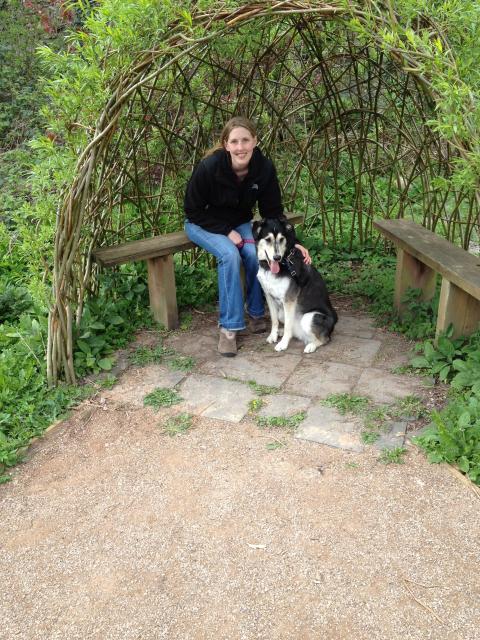 When I found out we were moving to England I was so excited and overwhelmed all at the same time! My biggest concern with the move was being able to bring my dog with me. The thought of leaving Neely behind was not an option, and the thought of transporting her overseas terrified me.

At first, I was determined to get all of Neely's travel documentation and flight plans in order myself. However, with all the other stresses of moving and the possibility of me not being able to fly out with her, my husband decided it was time that I get some help.

My husband's employer had given me Cara's contact information so that I could talk to her to see what PetRelocation could do to help me. After the first phone conversation I instantly felt comfortable.

Cara and Ashley had both walked me through every single step that I needed to take in order to get my dog over to England. They checked and double checked every piece of paperwork and answered any questions that I may have had. They kept on top of all the changes that were being made by DEFRA, and notified me immediately as to what those changes were. They made sure that Neely's crate was appropriate for travel, and even mailed us out a welcome pack!

When I found out that I needed to go over to England before I could get Neely out there, Ashley worked with my father to complete her travel requirements. On the day of Neely's travel, she was picked up at my parent's home and brought to the airport. Ashley had notified me when Neely was up in the air and gave me a confirmation number so that I could track her.

They also kept in touch with my father to let him know the same. During her travel they made sure she had a pre and post- flight potty break as well as water and clean bedding. Once Neely cleared customs they called me to let me know that she would be delivered to me shortly.

When Neely arrived she acted as though she had been on one big adventure! She was so excited to be at her new home, and most importantly she arrived safely, clean, and happy!

It's now been close to three weeks since she arrived and she has settled in without a hitch! PetRelocation has made this moving experience stress and worry free. Cara and Ashley always took the extra step to make sure that everything was done right and that Neely would arrive home safely. I would absolutely recommend them to anyone who has to transport a beloved pet and I would certainly use their services again in the future!

Thanks again Cara and Ashley!!!

Need help moving your dog to the UK? Contact us to find out about your safe pet transport options.