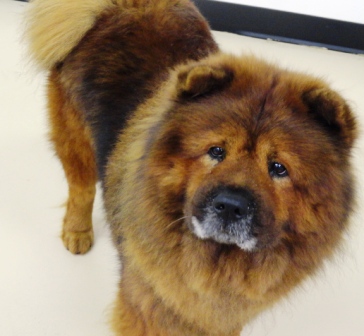 Incredible Experiences: A Dog's Journey From Manila to Calgary

The journey with moving Peli took almost one year from start to finish. It was October 2011 when we started planning the move; I was scheduled to go to Canada in January 2012 and my husband would be following me after 6-7 months with Peli.

It was never an option to leave him behind, we had him since he was six weeks old and we love him as our son. But the thing that worried us so much is that we were afraid he would not be able to take the stress of flying for at least 16 hours because he has separation anxiety issues, and he is not so friendly with other people, so we felt we need to have professional help.

We searched the internet for pet relocation agencies and we ended up at PetRelocation. We filled out the form to ask for a quote, and within a few days got a reply from Jon Bartosh, who was so helpful with all our questions. Since the move was still months away, we didn't sign on right away, but Jon was very patient and did not fail to answer all of our questions.

Then we were turned over to Amber Holub, who was wonderful and marvelous in easing our stress as the day of the move approached. Both Jon and Amber were there up to the last day, answering last minute queries. On the day of the move, Amber was able to send me updates on the flight status. We were a little disappointed with the agent in the Philippines, but the agents in Vancouver were awesome! They were accommodating with all the calls I made, they even sent me pictures of Peli (upon request) during his four hour layover. (A big sigh of relief when I saw his pictures!) They made adjustments when Peli wasn't able to make it on the scheduled flight, and we were informed and updated about it ASAP.

When we went to get Peli at the Calgary airport, he was soooo excited! Wow, it felt like a huge weight has been lifted off our shoulders when we saw him! The feedback from the agents and airline handlers was that Peli was quiet and strangely calm during the process, contrary to our worries that he would be whining and barking nonstop.

When we arrived at our home, Peli didn't spare a second exploring his new home! He spent all night wandering up and down the stairs, going in every room, and he even claimed his spot on the bed right away! He skipped a few meals during the first few days but quickly went back to normal, but aside from that, it seems he has not gone through an almost 24 hour trip! We have taken him on long walks, he has taken his first bus and train ride around the city, and he loves the cold weather!

Thank you PetRelocation for helping us bring our family together, we wouldn't be able to do this without you!

Looking for assistance with international pet shipping? Contact us to set up a consultation.