Families come in all shapes and sizes. Our move of the month for December 2019 definitely focuses more on the large end of the scale. When pet mom, Nicole, decided she wanted to move closer to home, she knew leaving two dogs and twelve cats was not an option! However, she soon realized that with bigger fur families comes more work. So, she called PetRelocation to help her lighten the load. Here's their story!

What brought about your move to Austria?

I lived in Michigan for around 16 years and decided to move back to my home country of Germany. I had already found a house I wanted to buy in a small town in Southern Germany, but something stopped me from signing the purchase contract. Germany does not allow the import of certain dog breeds like American Pit Bull Terriers or American Staffordshire Terriers. I was very careful and did my homework. One of my dogs, Spartacus, is a blockhead. I did a DNA test on him and even got an assessment from a publicly appointed and sworn dog assessor in Germany that he is an American Bulldog Mix, but in the end, he was still considered by the authorities "a potentially dangerous breed". Thankfully, I hadn't bought the house yet! Knowing that I needed to be out of the house in the US soon, I only saw one way out. We had to choose another country to move to. So, now we live in Austria! A completely new beginning with Spartacus and all my other pets. I would never leave any of them behind. When I took them in over the years (they are all rescues and several of them had a rough life before we found each other), I promised them that I would always be there for them. Pets are family! 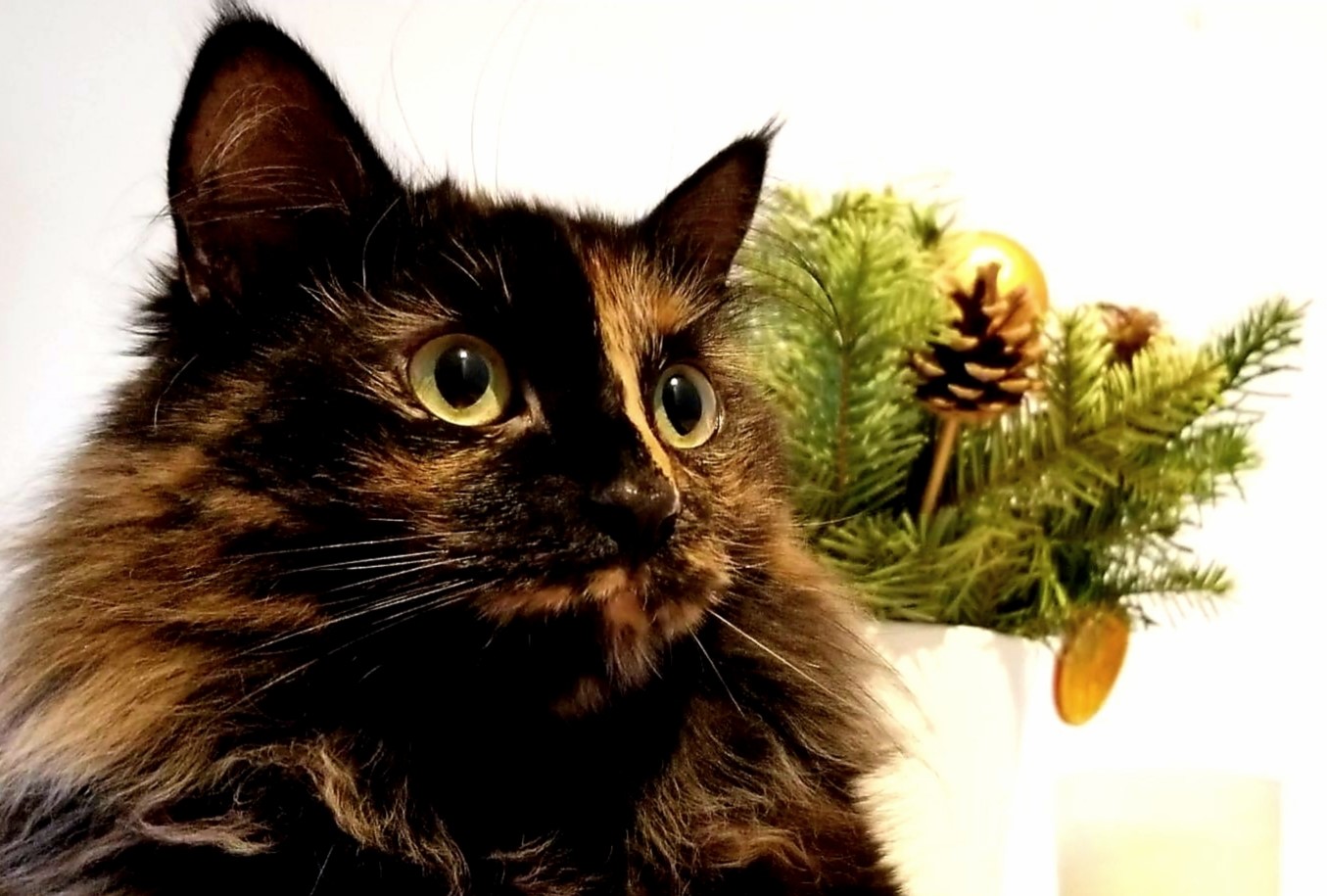 How did your pets handle move day?

I was worried about not being able to catch some of my cats. I have a few who are very shy or semi-feral. I was also worried about my dogs refusing to go in the van when PetRelocation's agents came to pick them up from our home. But it all went surprisingly well. I had all the cats in their crates quickly and without any problems. And both dogs climbed in the van and in their crates as if it was the most normal thing for them to do.

How are your pets settling into your new home?

We've been in our new home for 2 1/2 weeks now and I can't believe how comfortable and relaxed they are here. All of them! It feels like this house was just meant to be our home. It's like they have lived here their entire lives. And the cats absolutely love the heated floors throughout the house. I keep tripping over them because they are warming their bellies wherever they feel like lying down. On the day of delivery, the dogs had to check out everything right away and then took a long nap on the couches.

What did you find to be the most valuable part of having Natalie and PetRelocation assist with your move?

Their patience! In the beginning, I had thousands of questions. And when I found out that Germany was not going to be an option, I completely panicked. They stayed calm, were very understanding. Their calmness helped me calm down. Also, I didn't really have to arrange anything except making sure to time microchips and vaccinations correctly. Everything else was handled by PetRelocation. With everything else I had to organize and plan, it was a huge relief for me that I found PetRelocation. I am not sure what I would have done otherwise.

What advice would you give other pet parents who are thinking about moving with their pets?

As crazy as it might sound, talk to your pets. Explain everything about the move in a calm way. Explain why you are moving, why they might be separated from you for a few days but only so that you can ultimately all stay together in your new home. I told them that they would have to board in Chicago for three nights for their final health exams, health certificates, and USDA endorsements. I told them about the flight and the noise the plane would make. I just kept talking to them and telling them that they would need to be really strong, that I would be waiting for them in our new home, and that everything would be okay.

I also set up their crates throughout the house weeks before the move. One of the things I sold first was my coffee table. Instead, I used several cat crates pushed together as a makeshift table. Interestingly, as much as they disliked their regular carriers, they saw the bigger travel crates as pieces of furniture and beds and started napping, sleeping and hanging out in them as soon as I set them up. 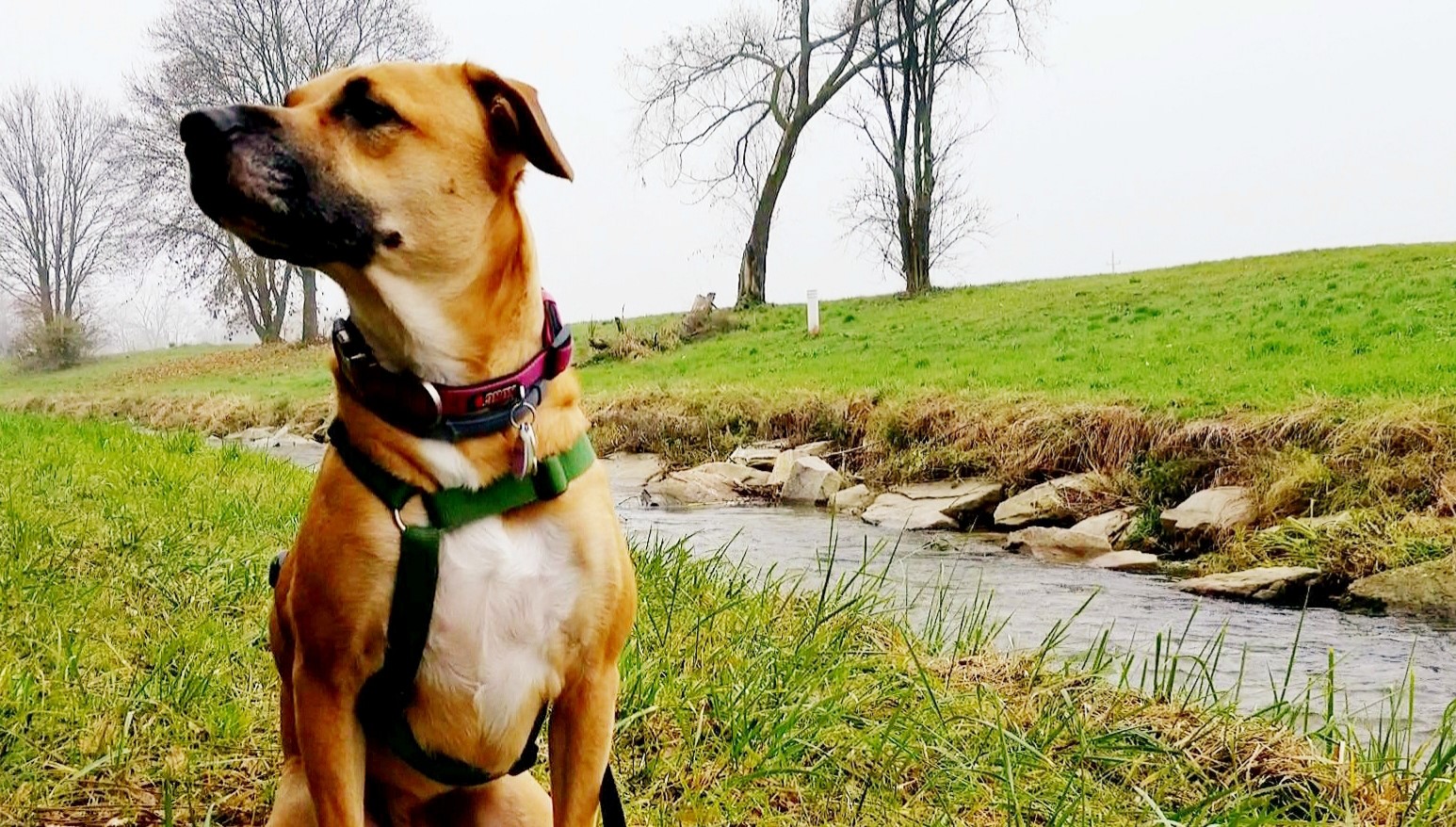 Have you found any pet-friendly spots in your new town that you like to take your dogs to yet?

One of the best things about our new home is that I walk out of my backyard and there's a small river running right behind it. The dogs and I can walk along the river and through fields and woods for hours. This town is very dog-friendly. Dogs are allowed in many places, even restaurants. But we prefer adventures outside, exploring the trails, spending time in nature.

I was extremely worried about my cat, Banana. I rescued her and her kittens from a busy road in 2018. Banana was the most traumatized cat I have ever seen. For a very long time, she "functioned" but didn't trust me. Then, one day, she opened up. After her kittens finally found forever homes, I thought that she was stable enough to also get adopted. It would have been a really great home. But Banana was heartbroken. She stopped eating. I took her back but her trust in me was gone because I gave her away. She slowly regained her appetite and her zest for life. I wasn't sure how she'd handle the move and being separated from me for a few days. I'm happy and relieved to report that she's been eating like a little piggy from the day she arrived in our new home and is the queen of the house.

And there's my semi-feral cat, Pumpkin. I've had her for about 10 years and she never allowed me to pet her. Something amazing happened. She let me pet her! All it took was a move across the ocean.

Thank you PetRelocation for moving my whole fur tribe safely to Austria! I am so glad that I found you and highly recommend you to anyone who needs to move with their pets! 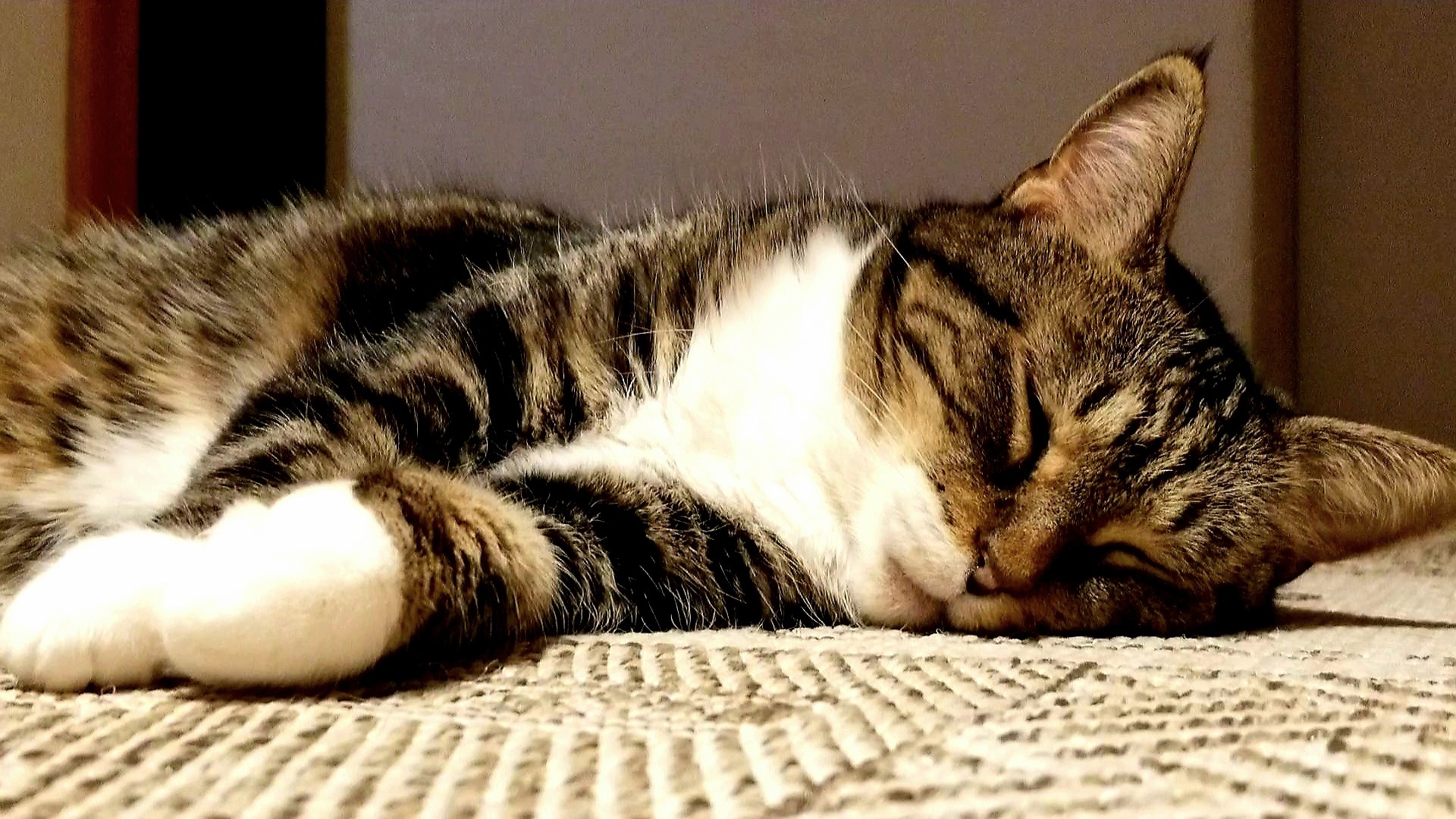 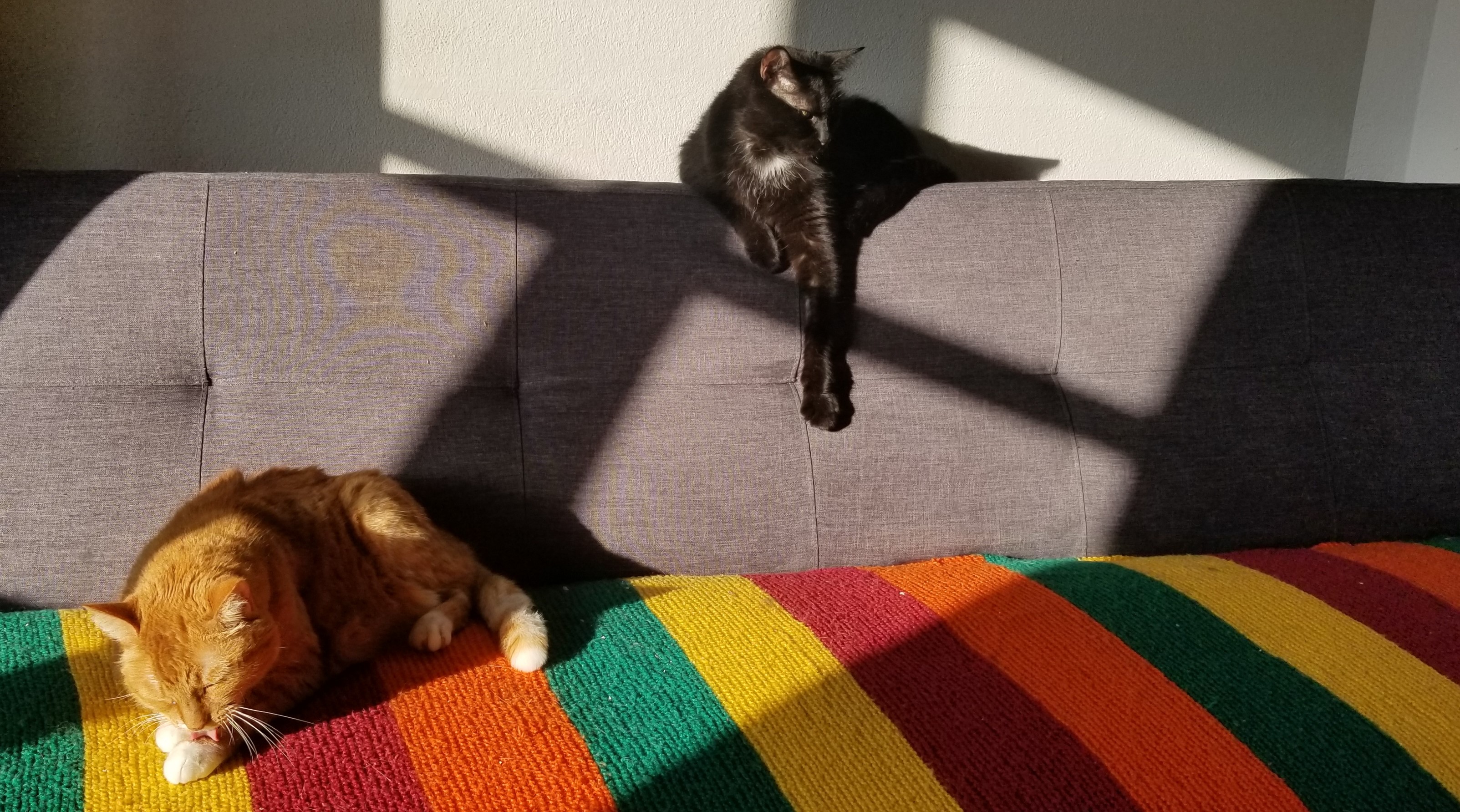 Wow, what a story. This is one move that the PetRelocation team isn't going to forget soon! Thanks for allowing us to be part of your journey home.

If you're thinking of moving your family, no matter how big or small, let PetRelocation help! Arrange your move today!