While the global pandemic we’re all experiencing is a trying time for everyone, there may be one silver lining that remains. In April 2020 we saw a trend of high pet adoption and animal shelters reporting their lowest numbers of resident pets ever. We are happy to announce that this trend looks like it’s here to stay!

At PetRelocation, we think this is amazing news. And so do many of our own rescue pets. So, we think this would be a great time to introduce you to a few more of our very own. 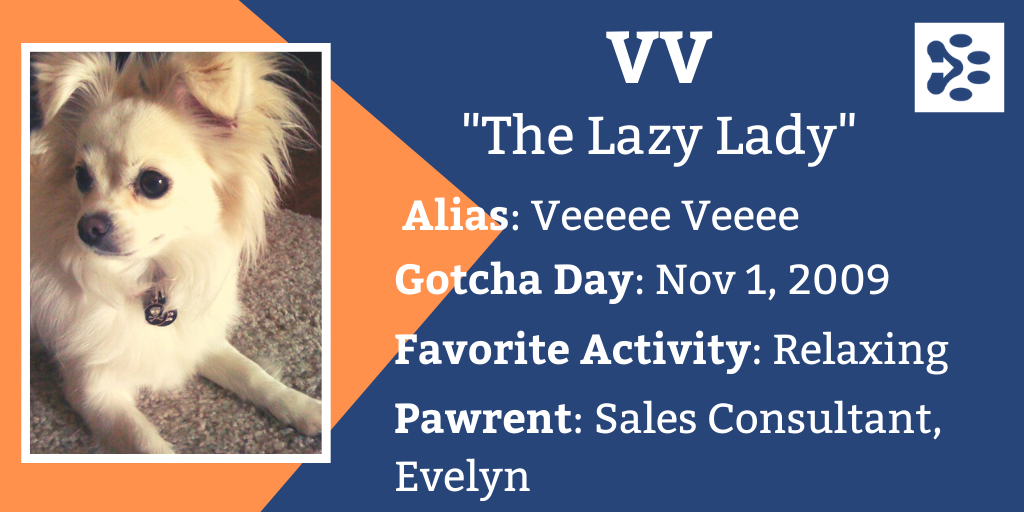 Luxurious lady, VV really hit the jackpot while waiting in the Pasadena Humane Society in 2009. That’s where VV, formally known as Sally, met senior sales consultant, Evelyn Pearl. Remembering the first time they met, Evelyn recalls, “We stumbled upon this scrawny, filthy, adorable little dog” and she knew her search for a new best friend was over. “We couldn’t wait to take her home and shower her with all the love she was missing!” 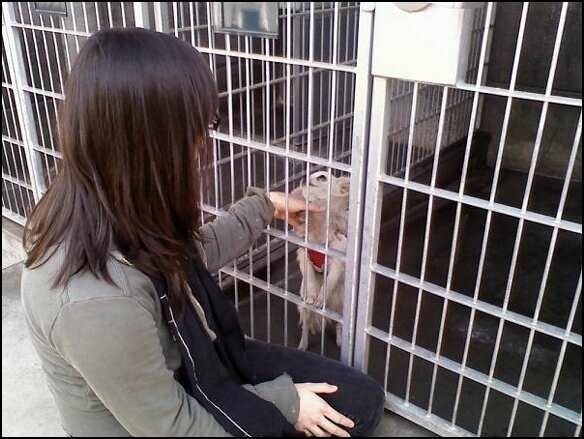 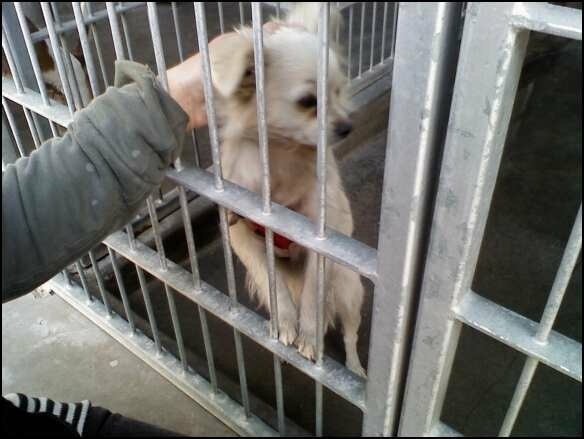 VV now lives a life of luxury with her pawrents, fellow rescue pup sister, Olive, and has even recently gained a new human sister, too! When asked about VV’s favorite hobbies, local parks or toys we find that VV actually prefers a much simpler pastime: doing nothing. “Her laziness is utterly delightful and, honestly, I envy her ability to completely let go and relax.” 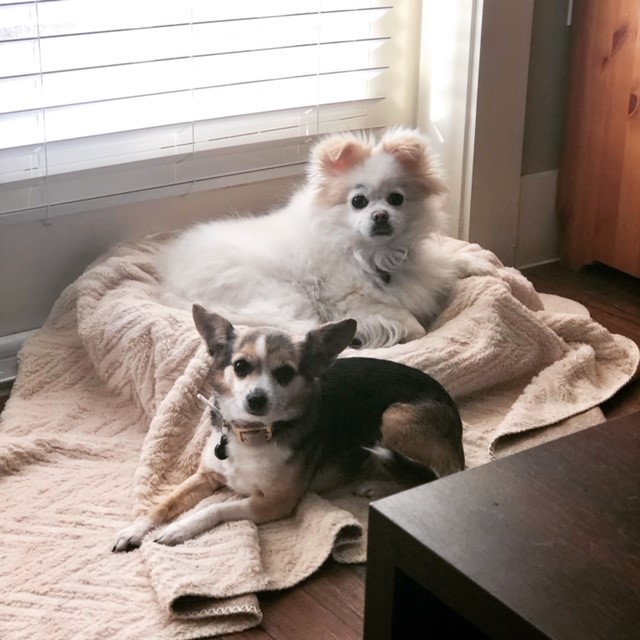 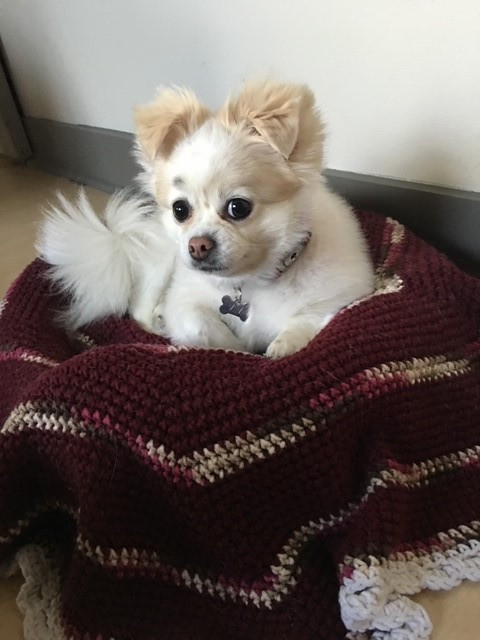 “There’s a place for every kind of dog in this world,” Evelyn says lovingly, “Some people gravitate to those friendly Golden Retriever vibes, and others are perfectly happy to co-exist with a standoffish princess—like VV. She’s low maintenance, hilarious, and beautiful and I love her for exactly who she is!” 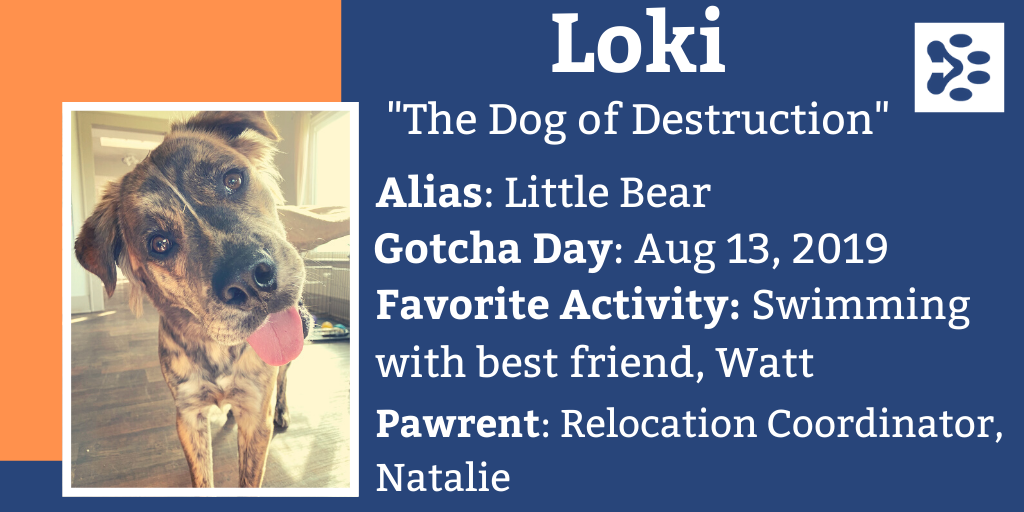 No stuffed toy is safe when in the midst of this big puppy, Loki. Named for the Norse god of destruction, this sweet pup causes chaos, but in the most adorable way. Loki actually found his mom, relocation coordinator Natalie, after getting loose from his previous home. “It was a recurring problem and our neighbor wasn’t going to be able to keep him. So, we offered to watch after him and help find him a new home.” 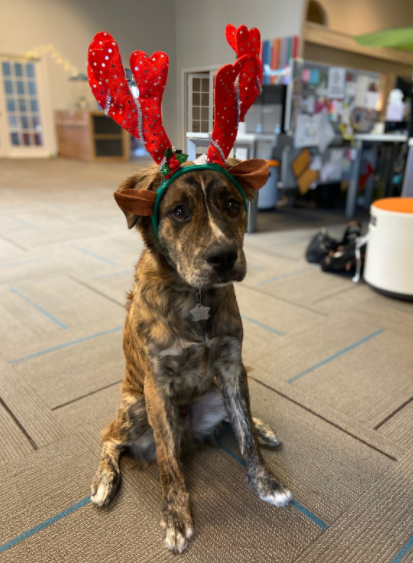 And find him a home Natalie did. Her own home! Just a week after taking him in, they were in love. So, Natalie, her husband, and their senior dog Milo made Loki a permanent member of the family. “It was just meant to be!”, Natalie says.

Despite his size and energy level, Loki wants nothing more than to show his mom and dad love. He’s a sweet and gentle boy who loves running and playing but is just as happy curling up with his pawrents for a lazy night in. Though he loves swimming with his best friend Watt (also part of the PetRelo family and belonging to our people operation specialist, Rebecca). 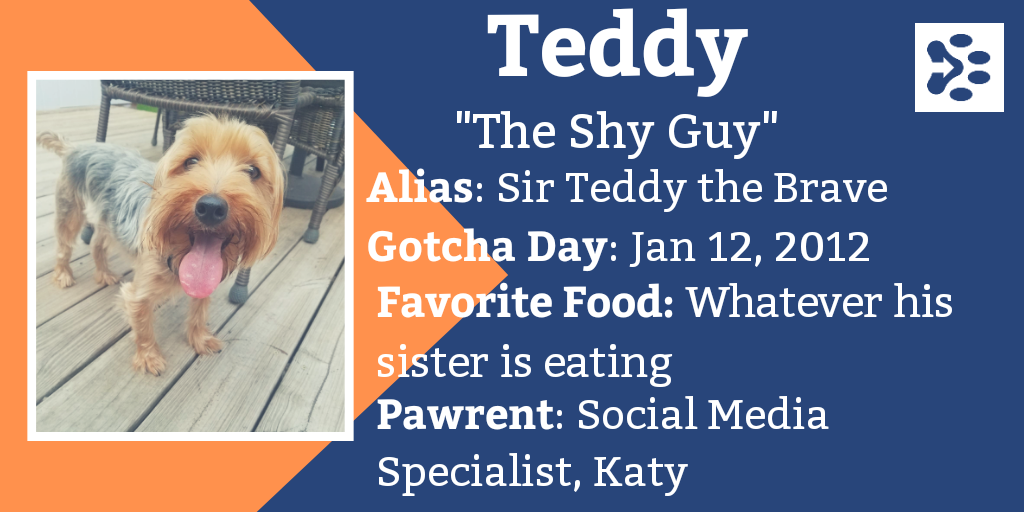 Not every adoption story is easy. Some pets have been mistreated and as a result, may have a hard time believing their luck when they are welcomed into a loving home. That’s what Katy, our social media specialist, found out when she adopted puppy mill rescue, Teddy. 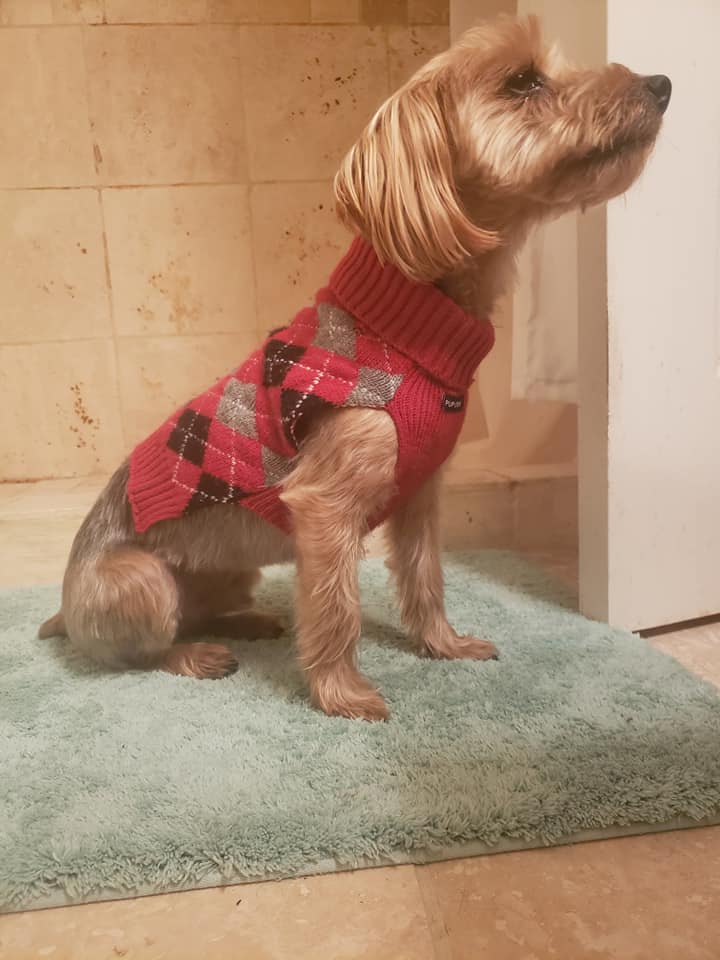 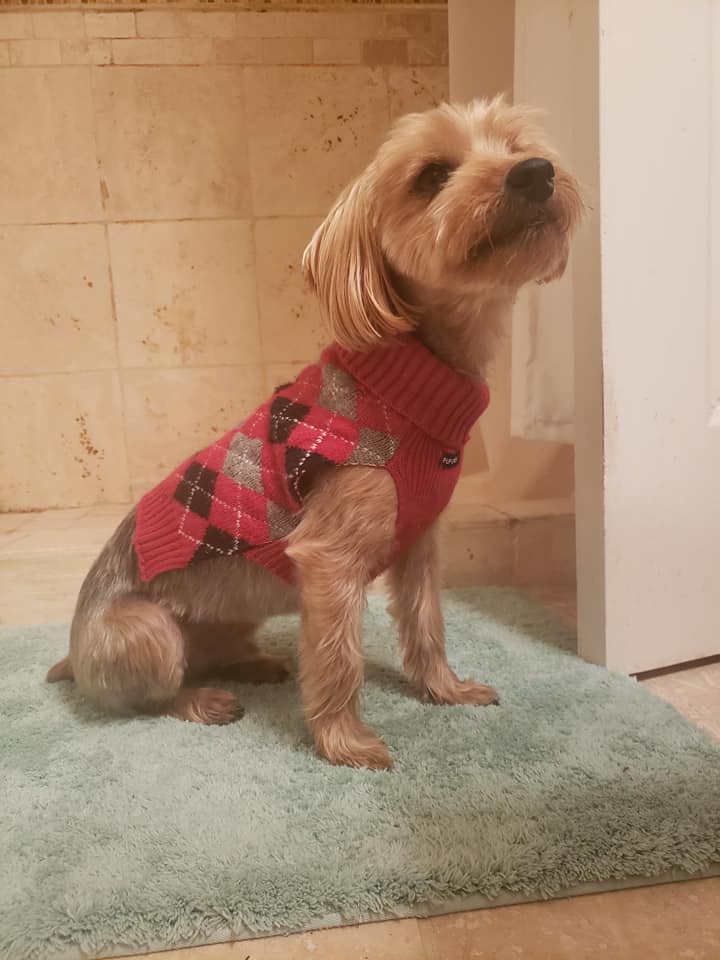 Teddy joined Katy’s home in 2012. “The organization that rescued him had named him Arthur, but he just looked like a sweet Teddy bear to me!” But it wasn’t smooth sailing at first. “He had never been shown affection before and it took a couple of months for me to earn his trust.” This is a reality when you adopt a rescue pet—they may come with some baggage from their previous home. “But with lots of love— and lots of chicken nuggets— he finally came around. He’s always going to be shy, but he eventually learned to accept love”. 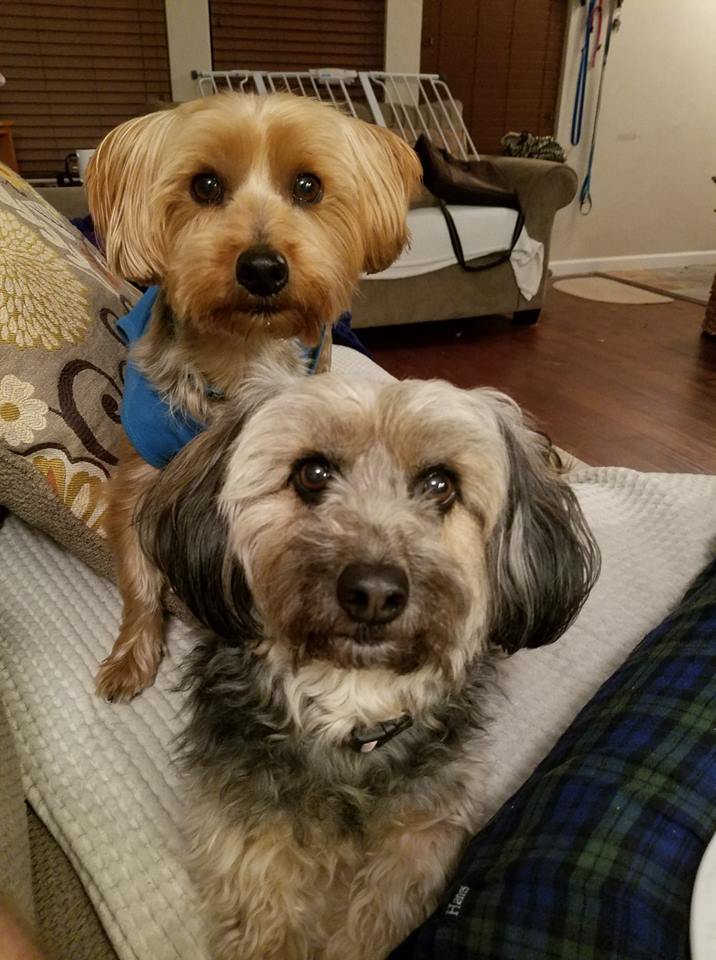 While Teddy is still timid around most people, he had a great breakthrough when his dog sister, Bailey, joined the household. “He loves following her lead! He’ll do whatever she does.  It turns out, he just needed another dog around to show him how to enjoy life!” 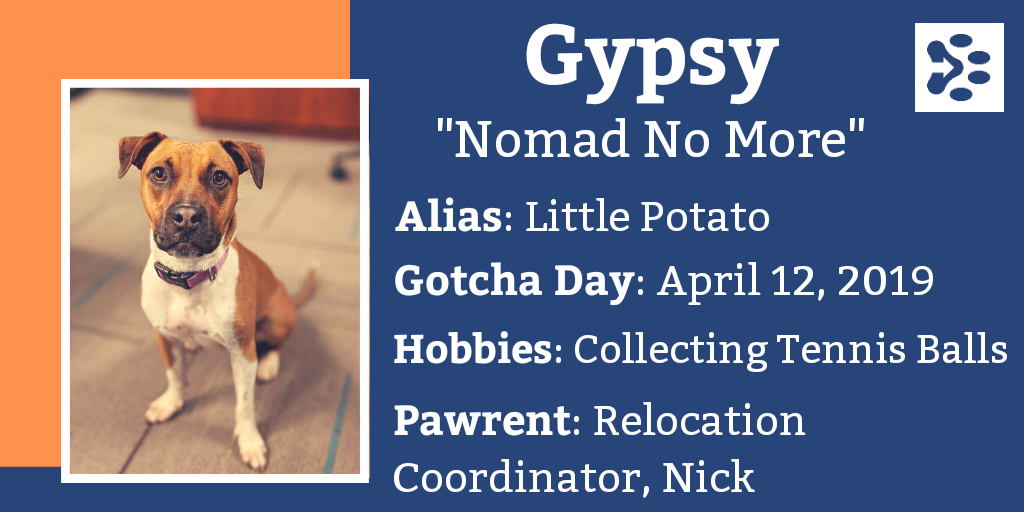 Sometimes, things are just meant to be. When relocation coordinator, Nick, joined the PetRelocation team, he knew he was missing something. “I told myself that if I got the job at PetRelo, I would finally get a pup,” Nick explains. And that’s what he did! “I started at PetRelocation on a Monday, and after work that Friday, I decided to swing by the Austin Animal Center.” What was meant to be just a meet and greet, ended in Nick leaving the shelter with a new best friend. 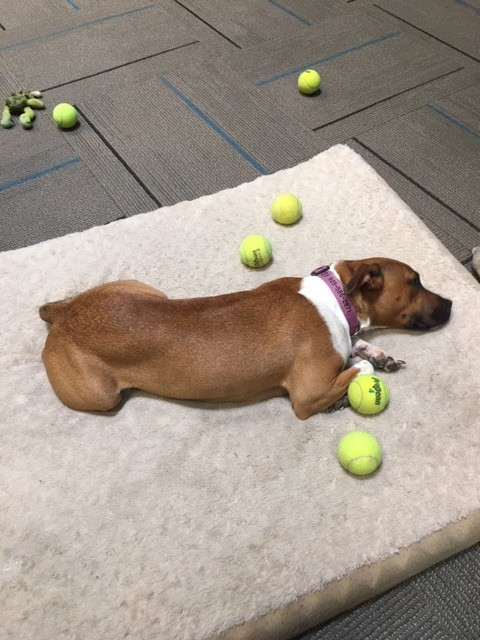 Gyspy and her tennis ball collection

Formally Jamboree, Nick gave her the new moniker Gypsy due to her nomadic past since she had been found wandering the town in search of a home. Shy at first, Gypsy will quickly come out of her shell when offered treats or the possibility of a game of fetch with her favorite toy: the tennis ball.

This beautiful pit bull mix has been an office favorite since day one, but it took a little work on her part. “Gypsy had a lot of anxiety at first,” Nick reminisces of their first weeks together, “but being able to bring her into the PetRelocation office to socialize her has helped her become the little lovebug she is today! While she is still shy when meeting new people, she is so much more outgoing and confident thanks to everyone on the PetRelo team!” 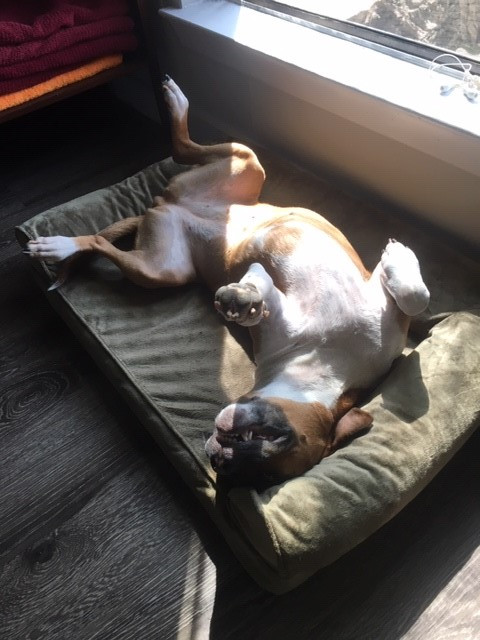 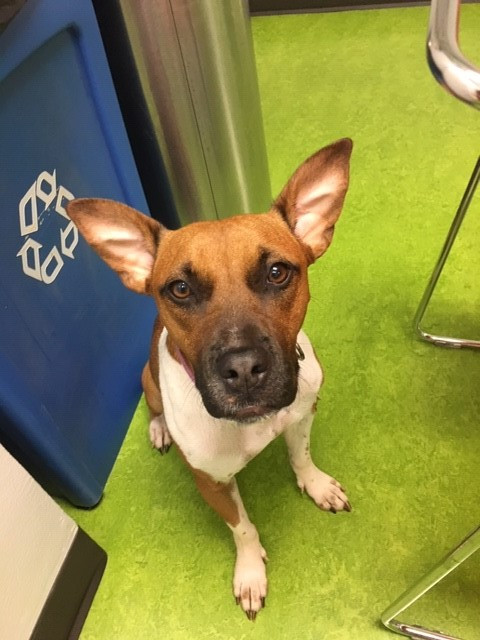 Rescue pets have so much to offer. If you are looking to expand your family now, or at any time, why not see what smiling faces are at your local shelter? And of course, if at any time you need assistance relocating your new best friend, we can help!