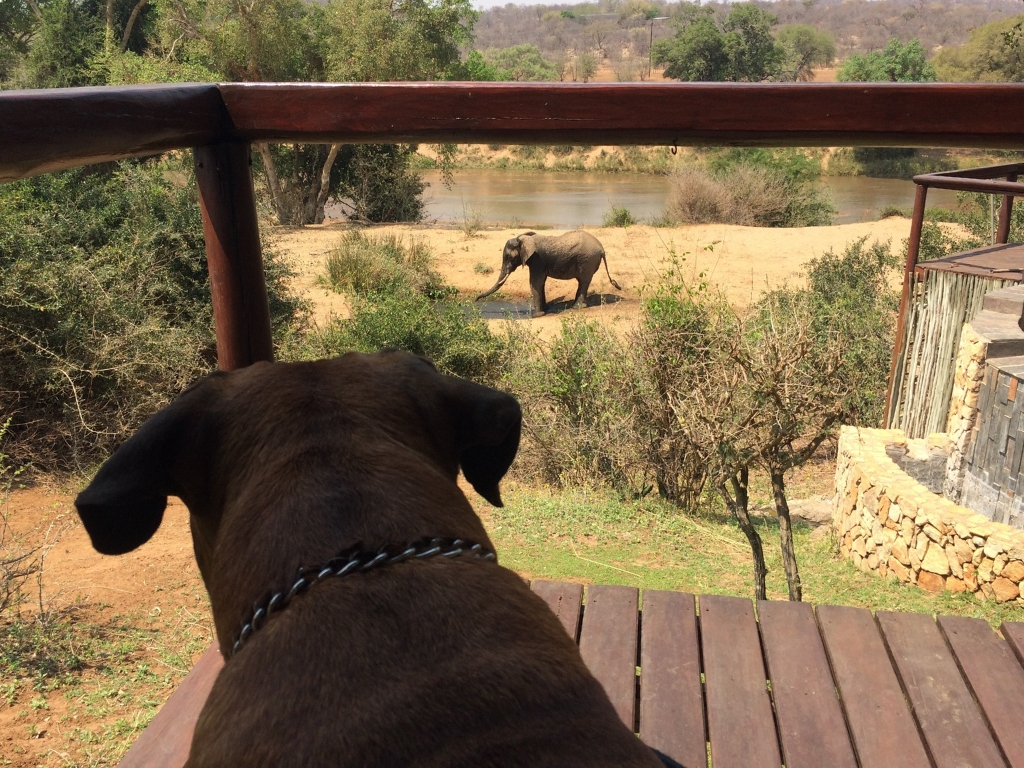 Our move of the month comes from a client who decided to follow his dream of living in the heart of a National Park in South Africa! With a plan in place for the humans of the family, he had to make sure his African Mastiff, Tuco, had a way to get there, too. Here's what he had to say about the relocation experience, life in Greater Kruger Park, and how Tuco is settling in after the long journey to his new home.

What brought about your move to South Africa?

I have always been fascinated by the animals of Africa and for many years have dreamed of living among them in the bush. It probably started when I was a kid watching Mutual of Omaha’s Wild Kingdom with my father. More recently, I have been a regular viewer of Safari Live on the internet, where they live stream safaris from the Greater Kruger Park in South Africa twice each day. After several years of looking at properties in the Greater Kruger online, my wife and I decided to take the plunge and retire early to live here. We bought a home on a Big 5 Reserve early in 2018 and, after lots of planning and logistics, finally made our move here in September. We now have everything from lions to elephants to hippo (I just saw one in our “yard”) right outside our home. It’s not for everyone, but it is paradise for us! 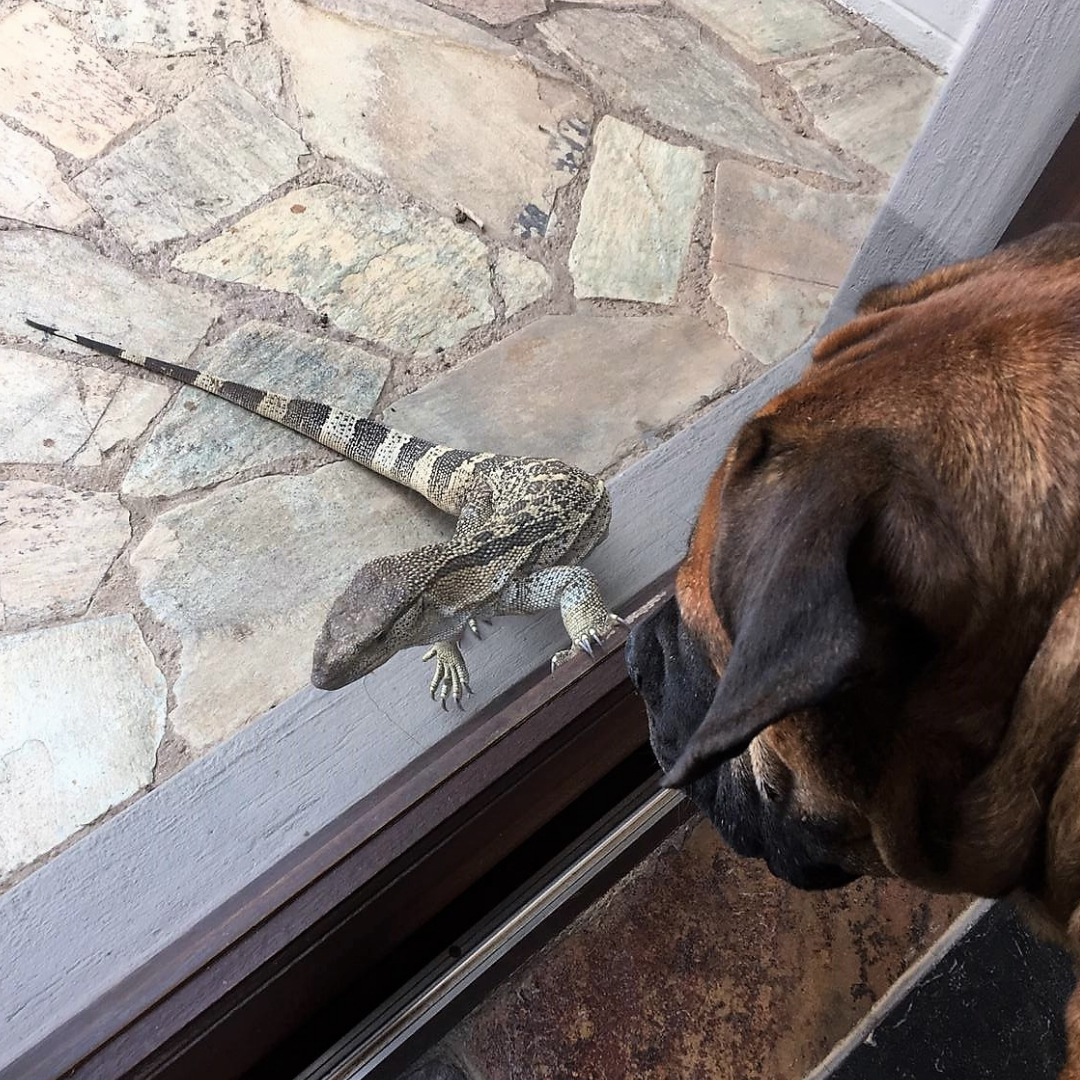 Did anything surprise you about the travel process? In particular, the process to move a very large dog?

There are a couple reasons I can’t really call anything a “surprise”. First, I knew this would be quite a complicated process because…..well…..we were going from Washington State to South Africa, so of course it was going to be a big deal in many respects. Second, Evelyn and Kelcey made sure I was totally informed up front as to what we could expect, and they kept me totally informed each step of the way. In truth, before I even got serious about looking at homes here, I had long conversations with Evelyn and I asked MANY questions by email. Tuco is “my boy” and it would have absolutely been a deal-breaker if I had any significant doubts about the process or his safety during the move. Happily, South Africa does not require dogs to be quarantined when they come from the USA as long as every step is done PERFECTLY and all the documentation is correct. Evelyn and Kelcey assured this with very personal, consistent and accurate interactions with me, my vet, the airlines, the USDA, the South African authorities, etc. Still, I would be lying if I said I wasn’t a “basket case” when it actually came time for Tuco’s journey. He is always with my wife and/or me, and we were worried about how he would handle such a long trip without us by his side.

How did Tuco handle the move and how is he settling in?

I’m pleased to say, he handled it like a champ and, though he was definitely VERY happy to see us when he arrived…..and quite tired….he was none the worse for wear. He was delivered to our hotel in Johannesburg just before 2 PM on the 21st. After a pee break, we got right in our rental SUV and made the long drive to our house in the Greater Kruger National Park. This is normally less than a 6 hour drive (on the left side of the road) but it took us 7 hours since it was the Friday at the beginning of a holiday weekend here and traffic was bad getting out of Jo'burg and through Pretoria. Tuco slept most of the way, with is body in the back area of the SUV and his giant head right between my wife and me. He probably slept very little over the 2-day journey to Germany, then South Africa, so he finally felt relieved and snoozed away.

We got to our home in the bush at about 9 PM and Tuco explored the entire house and slept well that night also. He woke me up one time to go out for a pee at about 3 AM…..which is interesting here since I need to bring a strong flashlight to look for lions and a black-light flashlight to look for scorpions. Anyway, it was all clear, but I did hear a hyena whooping a couple hundred meters away!

Since that first night, Tuco has continued to adjust well. He won't leave our side for a second though. If one of us goes into another room, he jumps up and is right with us. He must be thinking “you ain't sending me on another trip again”. One evening, we went to our neighbor's place for dinner and drinks and they wanted to meet Tuco, so we brought him and he was very well behaved…..made us so proud. We sat outside with them and watched various animals pass by…...some just a few yards away, and Tuco just looked but did not get nervous or bark or even stand up…….just looked. This is exactly what you want here, so as not to scare off any animals…..or upset any neighbors who don't want to hear dogs barking when they are trying to enjoy the wilderness. A small troop of Vervet Monkeys, however, went nuts when they saw Tuco sitting with us. They were all around us trying to get a good look from the safety of the trees, and all alarm calling. Tuco just looked at them.

The funniest thing Tuco did that evening was when I took him to pee a few meters from the house and he went straight to a big pile of elephant dung and peed right on it. I guess he wanted to show the elephants who was boss! Joking aside, we do recognize that we need to take extra precautions to keep him safe in this environment. Besides the big mammals, we have serious snakes like Black Mambas and various scorpions on the reserve. Without getting into the details, I can assure you that Tuco is being well taken care of and is probably at much less risk and even ourselves due to the precautions we are taking. Also, for what it’s worth, Tuco is a South African Boerboel (African Mastiff) who was actually born in this country. This breed was created to be a farmer’s dog here, to protect farms from both animals and people, so there is a bit of natural instinct at work as well, though we do not rely on that. 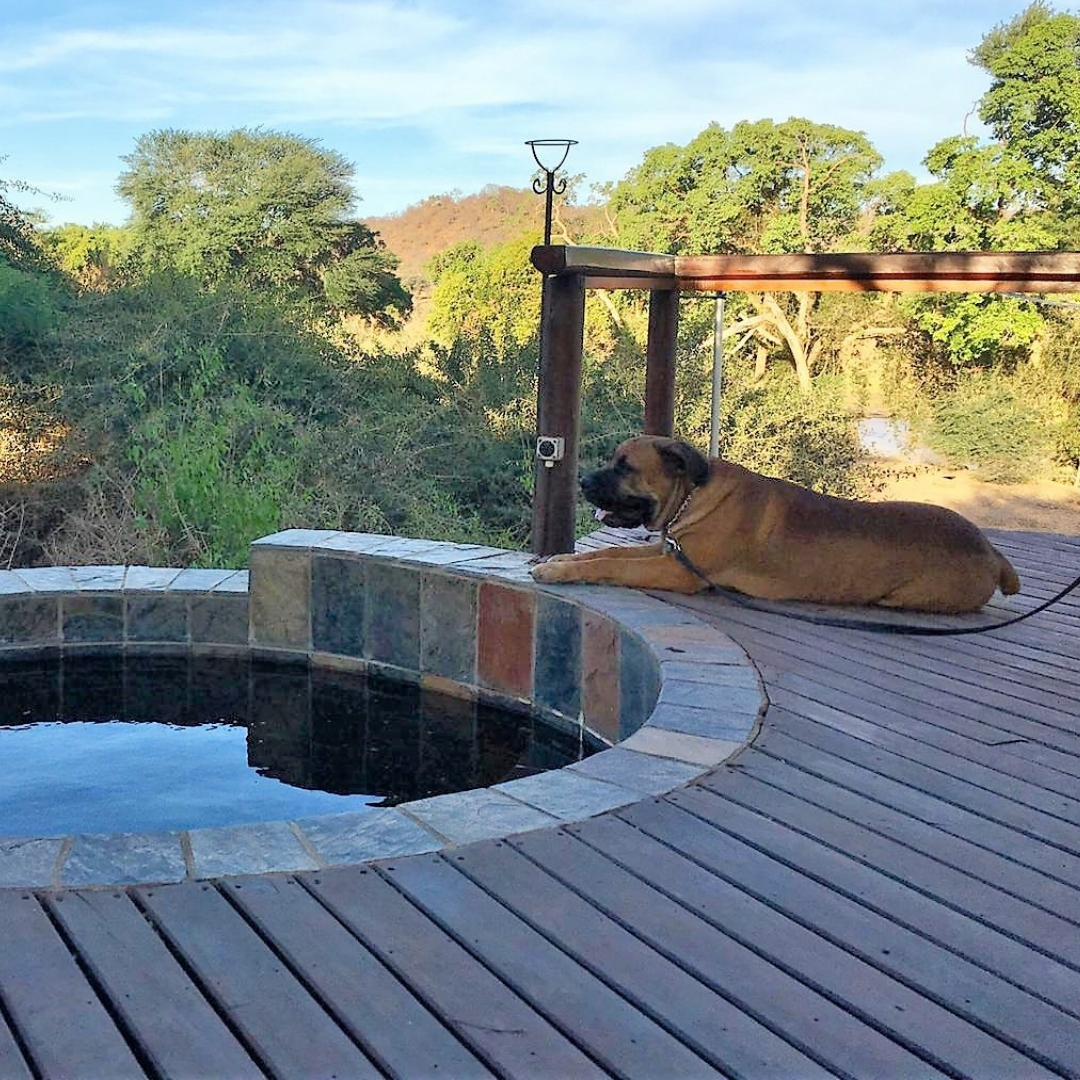 What advice do you have for people who might be starting to plan an international pet move?

Simple… be sure you know the process for the country you are headed to, ask LOTS of questions to be sure you really understand everything and, if you decide to make the move, use PetRelocation. They really know what they are doing and I would never have been able to do this, especially not so smoothly, without them. I told Evelyn and Kelcey that they are now officially Tuco’s “aunties”.

No, I think I’ve rambled on enough already! Hope you enjoy the photos of Tuco and his new home.

Thank you to Tuco's family for trusting us with his big move across the world! We are thrilled to see him thriving in his new home of South Africa.