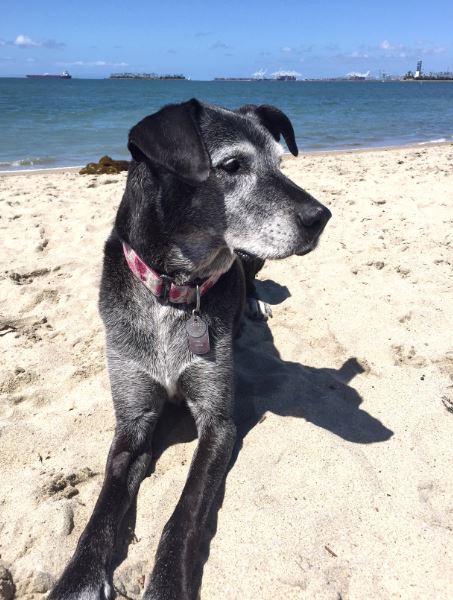 We recently helped Bia, a Great Dane, and Bucky, an English Pointer, make their way from one end of the world (California) to another (Abu Dhabi) with their family, who couldn't imagine moving without bringing everyone along.

Whether you're planning a similar move or just love to live vicariously through the lives of our globetrotting clients, read on to find out more about this month's featured pet relocation from Bia and Bucky's owners!

What brought about your move to the United Arab Emirates?

My husband was offered a once in a lifetime job, and when we decided as a family to take the offer, we had one condition, that we could bring our dogs Bia and Bucky.

So I started searching online for pet shipping and moving companies. Most ask you to fill out a form online and then someone from the company will get back to you. Many of the web sites were very confusing, but I liked the way that the PetRelocation site had the list of things that you will need to do and the timeline in which to do it.

Also, as I would be moving with two boys, 10 & 12, I wanted a company that would do everything. Out of the nine companies I sent the forms too, only three called me, and out of those Sandhya from PetRelocation was the only person who could answer all my questions and explain things in a way that made sense. Of course there were cheaper companies, however Bia and Bucky are family, and well I wouldn’t send the kids on a cheaper ticket!!!

Did you have experience with international pet travel?

We had moved many years ago (15 years) from Germany to the United States with two cats, and they needed to have their shots up to date and a certificate from the vet saying they were healthy to fly. We were planning on putting them under our seats on the plane until someone behind us at check-in spotted them and complained they were allergic, so they had to go under the plane. This was not a problem really, and it cost about $400 at the time for both.

I was very surprised by the rules for the UAE and the amount of paperwork involved. Again, that's another reason we chose PetRelocation. 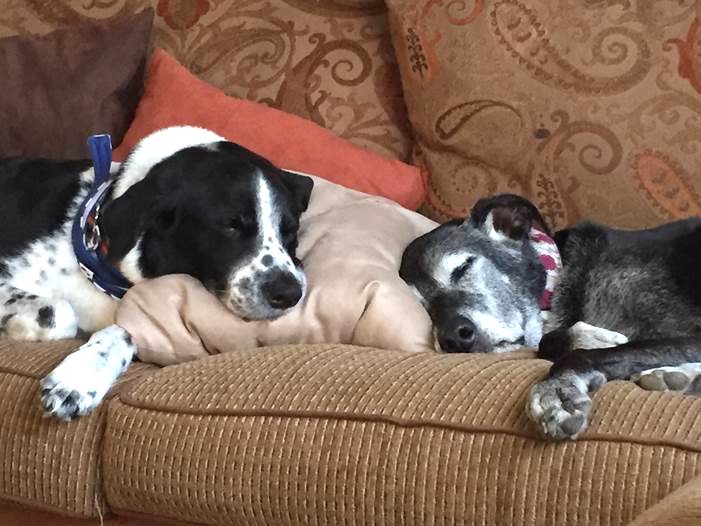 How did you prepare your dogs for the move?

So Bia had traveled from Germany to the USA with her previous owner and she was crate trained and enjoyed being in her crate, Bucky on the other hand had only ever spent about 2-3 hours in a crate at the groomers and didn’t really like it much. He is much more of a sofa dog!!!!

So after checking and double checking what type of crates we would need, I ordered them and started the crate training about two months before the move. I called Sandhya and asked if she had any advice, because watching YouTube wasn’t really an option, she emailed me a sheet that gave me the tips I needed, and after getting the kids to go in and lie in there with the pooches and only giving treats when they went in there, we were ready! 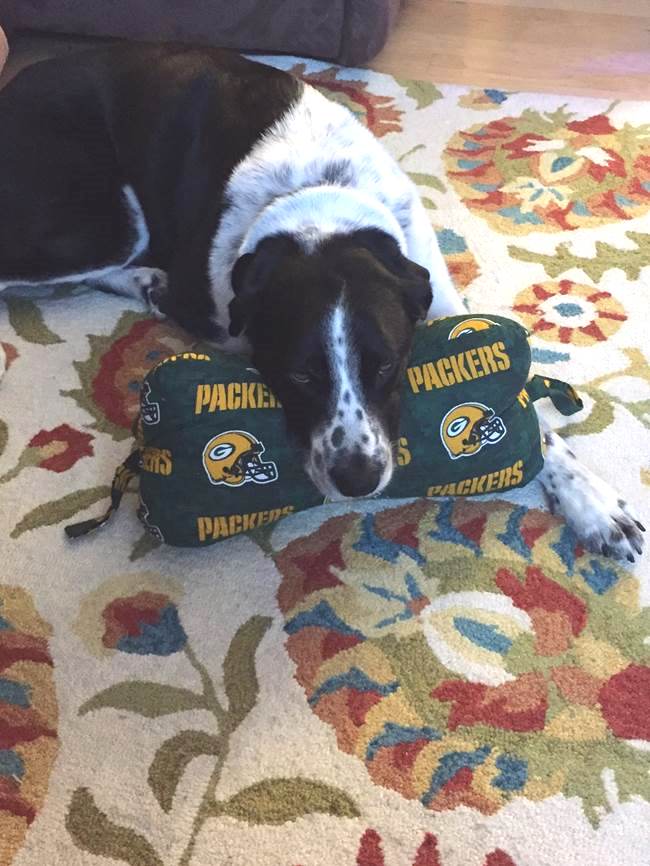 How did everyone handle the move?

One of the best things was Bia and Bucky being collected from the house. I was like an expectant mother calling Sandhya and checking up on them. She was so kind and patient with me. She sent me the link to track them and their movements. She also called me to let me know they had boarded the plane and they were on they way and she also sent me the link to track the flight.

Then, she sent me an email to let me know they had arrived in Amsterdam and they had been seen by the vet and all was good. My boys were so happy to hear this. All they wanted to know was if Bia and Bucky had had a drink of water and some food and had a walk to go to the bathroom. 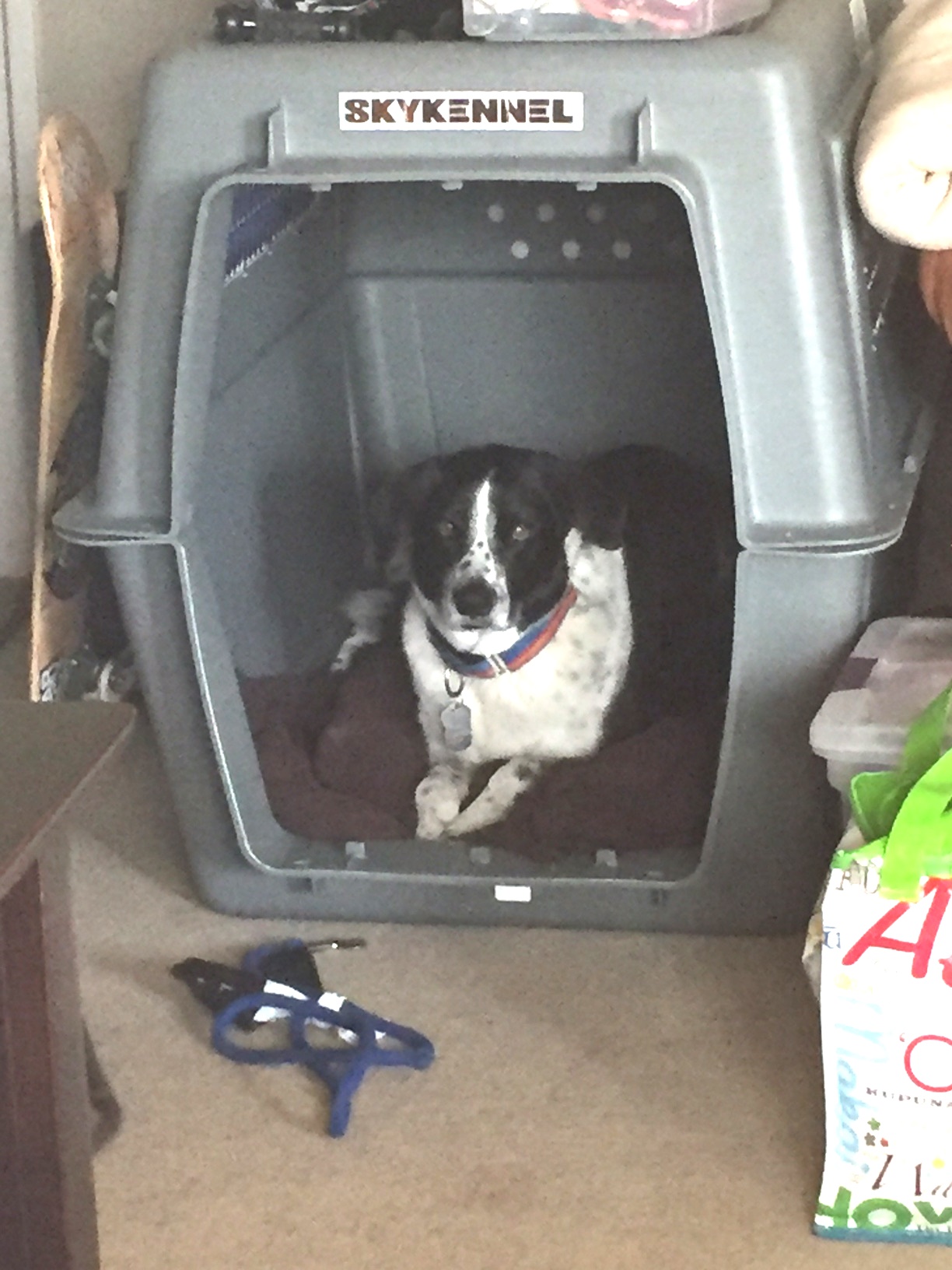 How have things been since you arrived? Is Abu Dhabi dog friendly?

Abu Dhabi is not very pet friendly and we knew this, however after hours of searching online and signing up for as many community websites as I could, we found the most pet friendly area and a great townhouse on the beach which as yet is not “open” but everyone that lives around it uses it.

Al Reem Island is known for being the most pet friendly area in Abu Dhabi, although there is no vet, boarding, or even a pet store on the island yet. As for our favorite hang out, its on the beach. Bia and Bucky love to run free on the beach, which I know once it opens to the public will not be allowed, so for now we are loving the beach and the how the water is so warm compared to the Pacific.

Most people here have small dogs, which Bia and Bucky are not, and I get all sorts of people stopping me, asking if they pee and poo in the house and how much work they must be. They have both made some friends, of course much smaller, but still they have someone to play with.

The company that delivered the pups were also great. I was worried, as I had found out that Bia and Bucky were on our flight from Amsterdam to Abu Dhabi, and we were at the house and waiting on them to arrive. So I called Sandhya and asked had she heard anything…. she was amazing. She called to let me know they were in customs and then that they were on their way to us. 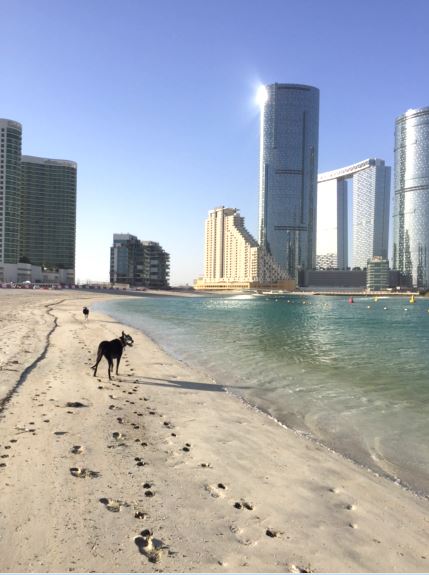 What is your advice to other pet owners who might be planning a relocation?

My advice to anyone planning on moving out of the country with their furry or feathered family members is do as much research online as possible. If you have the chance to go there before the big move then do so, or reach out to family and friends on Facebook, etc, see if anyone you know is in the area or knows of anyone in the area that may help you answer some of the more difficult questions you might have. Join expat sites or groups and ask questions and always double check that wherever you are moving allows pets. If none of this helps, then make contact with the local vet to ask them.

What made you decide to hire assistance with your move?

We chose PetRelocation because they really were the only ones that were genuine in helping us with this, and they took the stress and pressure off and just made the whole thing as easy as it could be. I would recommend to anyone to use them and I would use them again in a heartbeat, no question.

I can’t thank the whole team enough for everything they did.

Ready to discuss your pet travel options with a Pet Relocation Consultant? Contact us today.