Pets are family. That's why trusting someone with them can be so hard to do. That's what Missy, mom of Jo Jo and Carly, found while she was planning her move to the Philippines. Luckily, PetRelocation stepped and was able to help her feel at ease. Now, they are reunited with their family and are our pet move of the month! Read more about their journey below.

Tell us about Carly and Jo Jo! What are their personalities like? How long have they been part of your family?

Jo Jo is a nine-year-old Staffie boxer mix.  We adopted her at nine months old from the Humane Society. She had been confiscated by the county from an abusive/neglectful owner situation. She is the sweetest pup, with lots of personality. She makes friends very easily and has tons of energy. She is always up for a new adventure.

Carly is a five-year-old chihuahua dachshund mix. We also adopted her from the Humane Society shortly after she had been weaned. She was the tiniest pup. Her mother and littermates had been abandoned by their owner. She is a timid little cuddler, that isn't quite as adventurous as her big sister. She loves quiet nights at home curled up next to, or in her mom's or dad's lap.

What brought about your relocation to the Philippines? Had you ever been before?

My husband's career brought us to the Philippines. He has worked for the same company for almost 30 years. He had been traveling back and forth from California to Asia for approximately five years before his company offered to relocate us. It was a tough decision, as all of our family lives in the States, but being empty-nesters we decided to take the plunge, and consider it an adventure. My only stipulation regarding the move was that our fur-girls had to come with us. This was my only non-negotiable deal-breaker. I had only visited the Philippines once in early 2019 for a week. It's a beautiful place, and the local population are some of the friendliest people I have ever had the pleasure of knowing.

Carly and Jo Jo relaxing in their new home.

When you found out you’d be moving your pets across the world, what were you most concerned about?

I was most concerned about their safety and stress levels. Neither pup was crate trained, and neither had ever traveled by airplane. Due to JoJo's size, they were not able to fly on the same flight that I would be on. Not all airlines will accept larger dogs. This really worried me because rather than flying from California to Hong Kong, to the Philippines with me, they would be on a completely separate flight going from California to Amsterdam, to Taipei, to Manila. Once in Manila, they would then be driven to Subic Bay, where I would already be waiting on them. Theirs was a very long flight. Although they left one day before I did, they didn't arrive until the day after I landed. I had never left them with strangers or in a kennel situation, so needless to say I was extremely nervous.  These girls mean everything to me. They are my companions, my support system, and the center of my world.

Did anything about the process of moving pets surprise you?

I didn't realize all of the medical certificates, government endorsements, and the hoops that one had to jump through to move pups internationally. This was a brand new experience. I am so thankful that PetRelocation and their knowledgeable staff were with me every step of the way to help with the navigation of all of the red tape and difficult logistics. 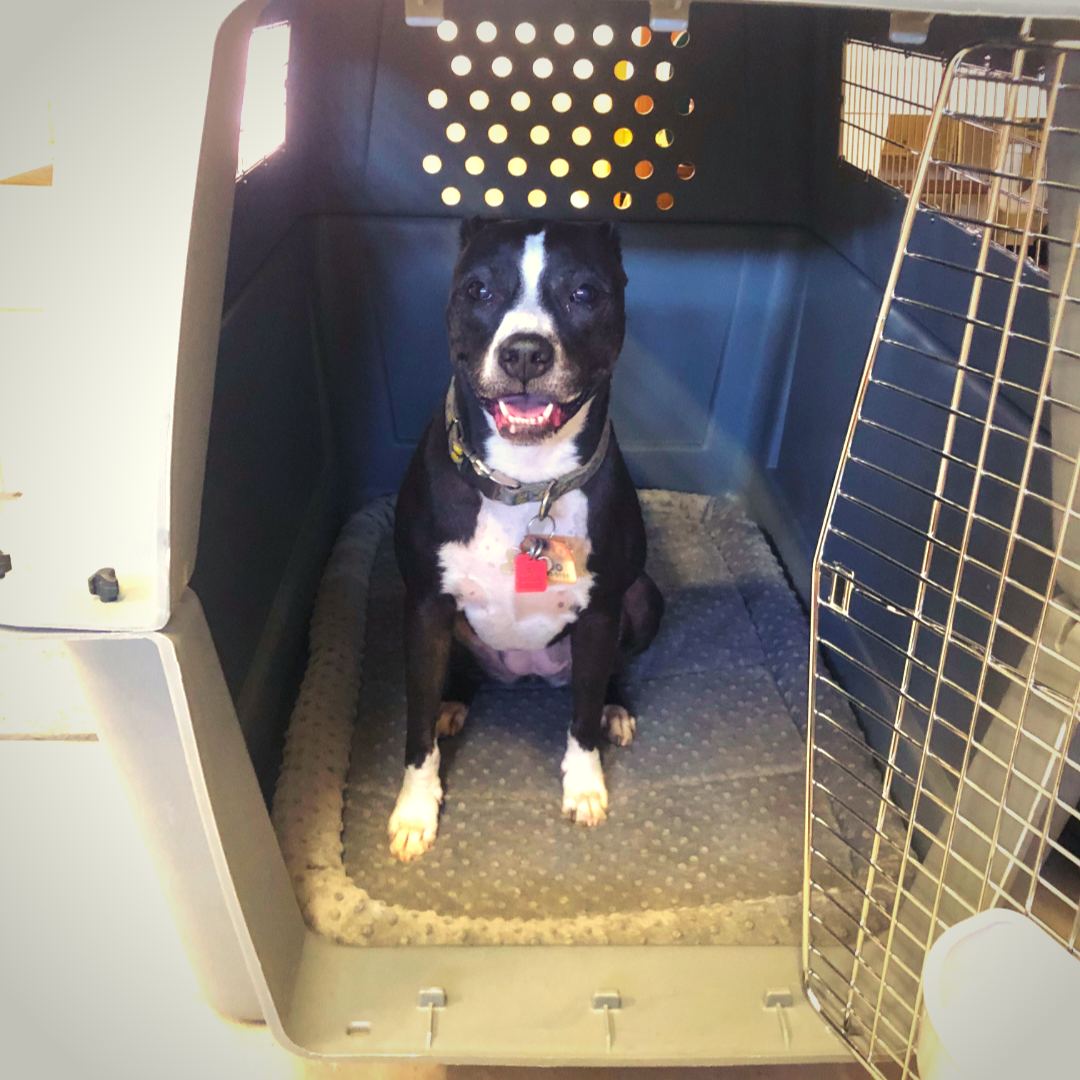 What did you find to be the most valuable part of having PetRelocation assist with you?

My coordinator Kelsey, was the best. She walked me through every step. I'm sure she could sense that I was a “neurotic dog mom” and she was extremely supportive. She even offered crate training advice and was extremely supportive with the thousands of questions that I had. On the day that we were getting the last phase of the health certificates issued, she remained on stand by for the entire appointment, which lasted several hours. Both the vet and I had to call her direct no less than five or six times. She was able to answer every single question, and I never once had to leave a message, she picked up on the first ring every, single time.

How did move day go? Did having PetRelocation keep you informed of their progress on their journey help to ease your mind?

Move day was great. My coordinator already knew that both pups are more comfortable meeting women rather than men. The handler that came to pick them up at my home was a lovely, sweet woman that both of my pups took to immediately. Her calm, loving demeanor, really set my mind at ease, because I was still a bit of a mess with regard to handing them over to fly around the world without me.

She sent me constant updates, photos, and videos via text, as did my coordinator. It was much easier to relax, knowing they were in good hands.

How have Jo Jo & Carly settled in? What do they think of their new home?

Both girls are doing great. They still don't know quite what to think about the monkeys that occasionally visit our yard, or a lot of the other new critters they have met (huge snails, frogs, birds that make noises they've never heard) but they love our long walks through our little village that is surrounded by the jungle and meeting all of the new friends we have made. I think they are much like my husband and I are.  As long as we are all together, they are happy. 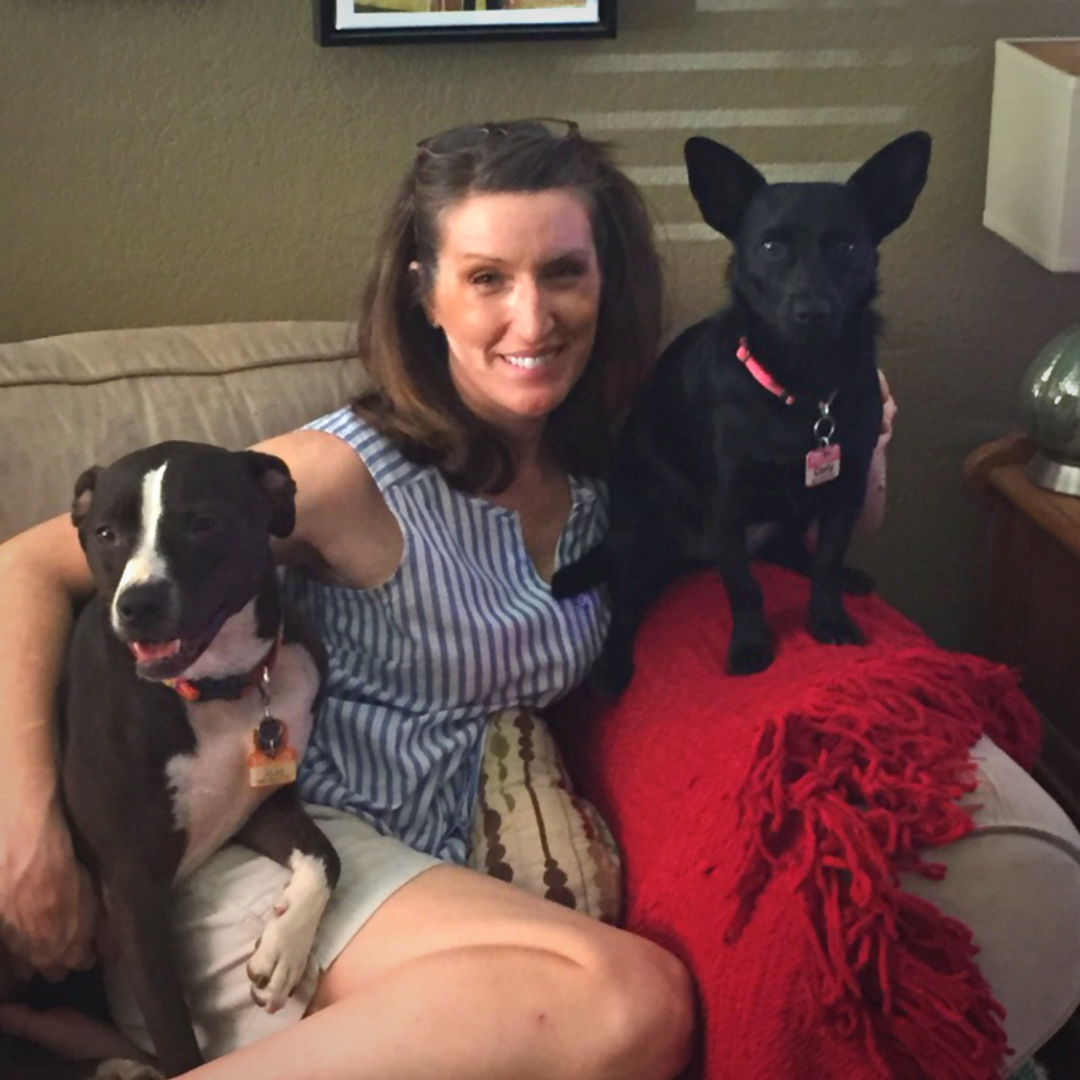 Carly and Jojo back with mom!

I could never have navigated this portion of the move without PetRelocation. The medical requirements and logistics would have been EXTREMELY overwhelming and stressful without the expertise of your wonderful staff. Many thanks for getting my fur-babies over here safely.

And thank YOU for trusting them with us!
Are you thinking of moving with your pets to the Philippines, or anywhere? Let PetRelocaion help! Get started today.