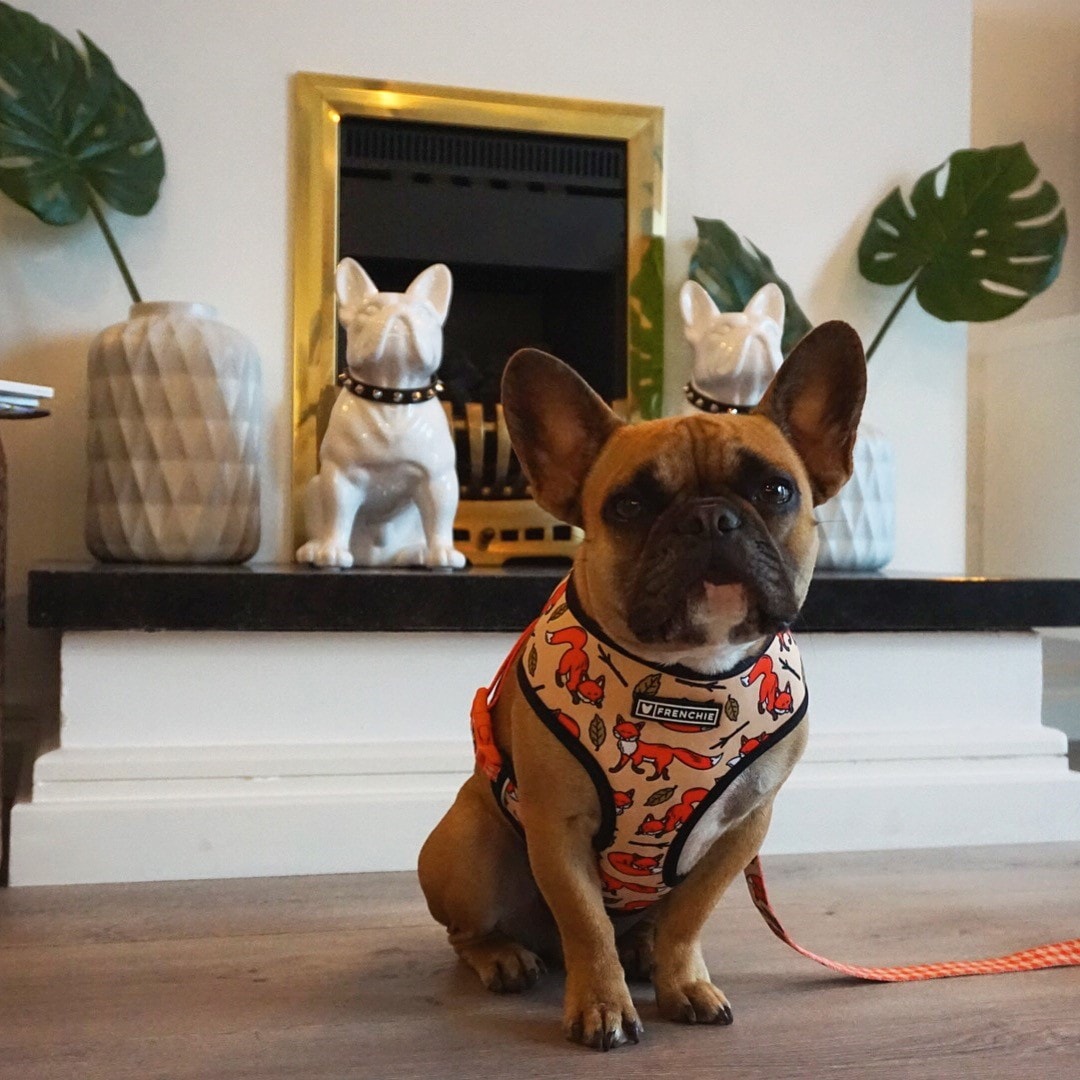 Congratulations to Hugo, our October Pet Move of the Month! As Hugo's owners found out, moving a French Bulldog to Ireland can be a challenge—cargo travel is a scary thought when many airlines will not even carry this snub-nosed breed.

However, Jon and Katy from the PetRelocation team stepped in to help safely reunite this sweet family with their little Hugo. You can read more about Hugo's travels below (and see all of his adorable pictures too)!

Thank you to Hugo and his owners for sharing his story with us!

What brought about your move to Ireland?

Chris' company, Optum, presented him with a promotion to work in their Dublin office for two years. We saw this as a growth opportunity for the both of us and ecstatically said yes!

Yes. I can be an “over-researcher” and when Ireland was just a possibility, I started scouring the internet for blog posts and people's stories on moving their French Bulldogs. I learned about snub-nosed dogs' difficulties with flying and that most airlines ban them from flying in the cargo of the plane because of how risky it is. So I was pretty set on Hugo flying in the cabin with us to Dublin. 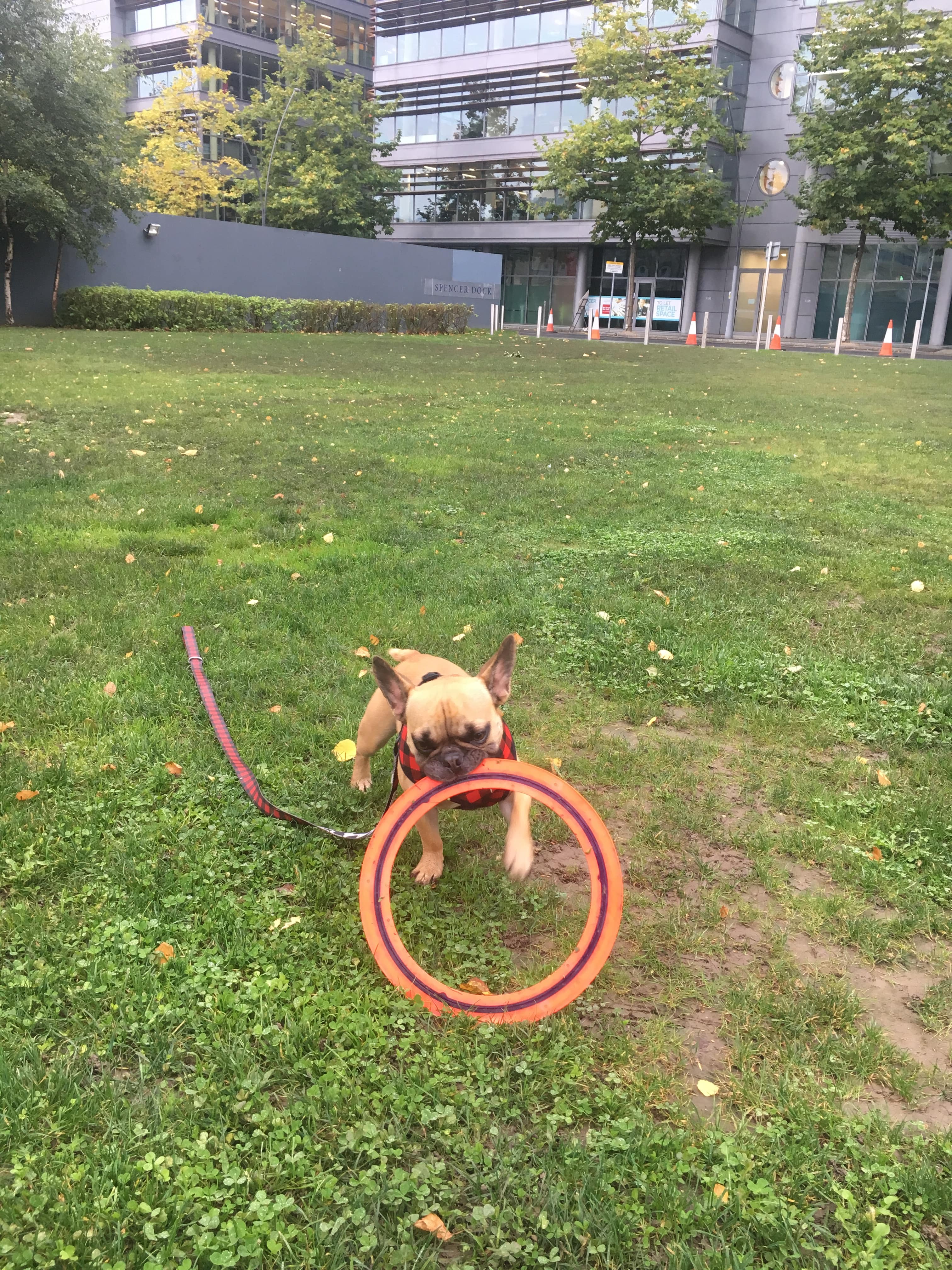 Then, we had our first phone call with Jon, who is wonderful, and he educated us on the travel process. He explained that because Ireland hasn't been exposed to rabies and the US is a “rabies-controlled” country, that Ireland requires all animals to enter the country via manifest cargo. Tears were streaming down my face, but Jon so eloquently explained how great Lufthansa is, that they regulate the temperature of their cargo areas, that the pilots know what animals are on board, that someone gives them attention at their stopover, etc., and provided links for us to check out. The whole process surprised us. 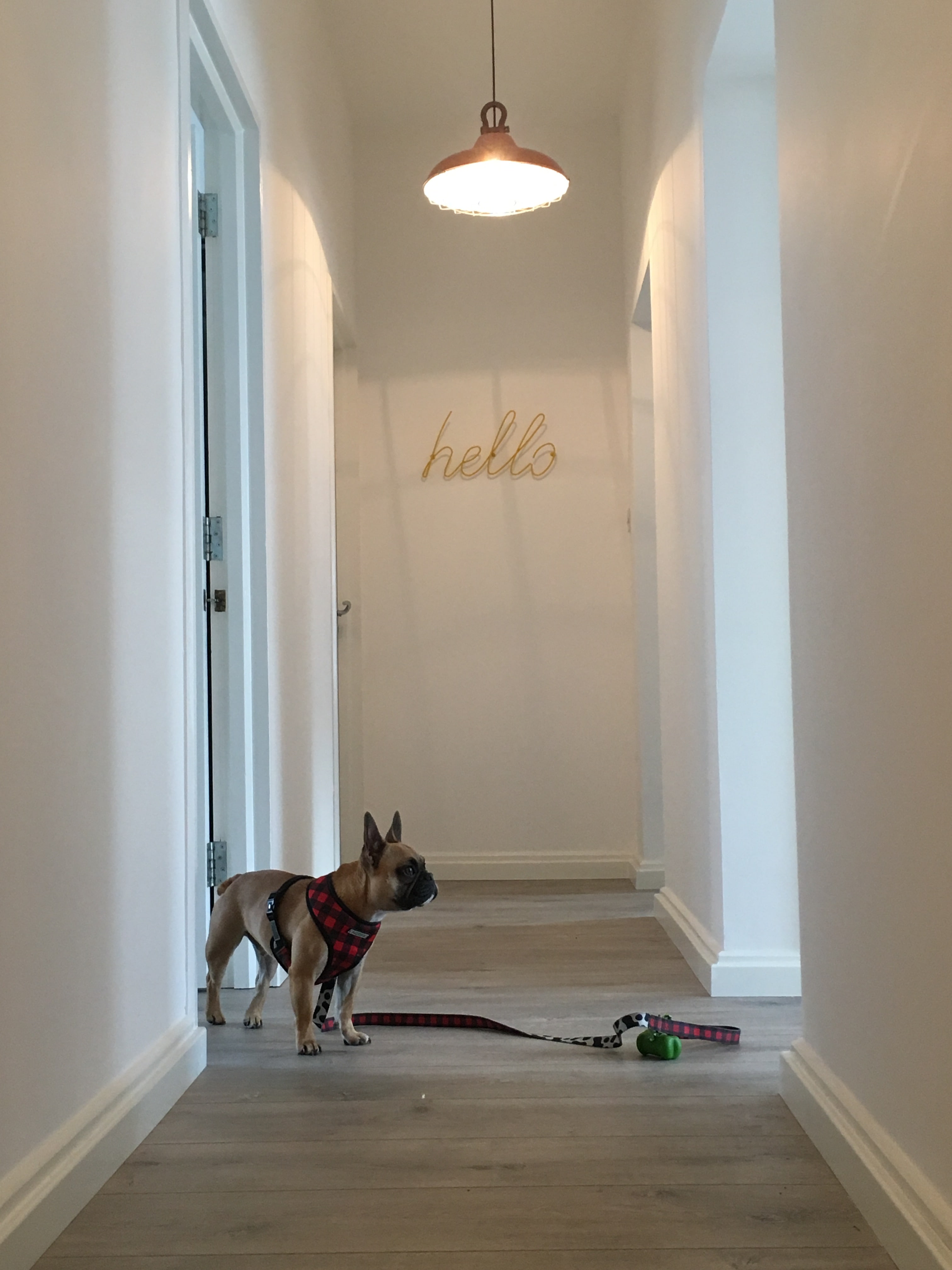 How did Hugo handle the move and how is he settling in?

Chris hadn't seen Hugo for 37 days since he left for Ireland before us. I hadn't seen Hugo for 16 days since we got married in Germany and honeymooned in Greece. So when he finally got to our new home in Dubin, we were so excited for our reunion. The only thing was Hugo was way more interested in his food and water! He booked it for me, saw there was food in his dish, slammed the breaks, and went straight for his food. It was pretty classic! 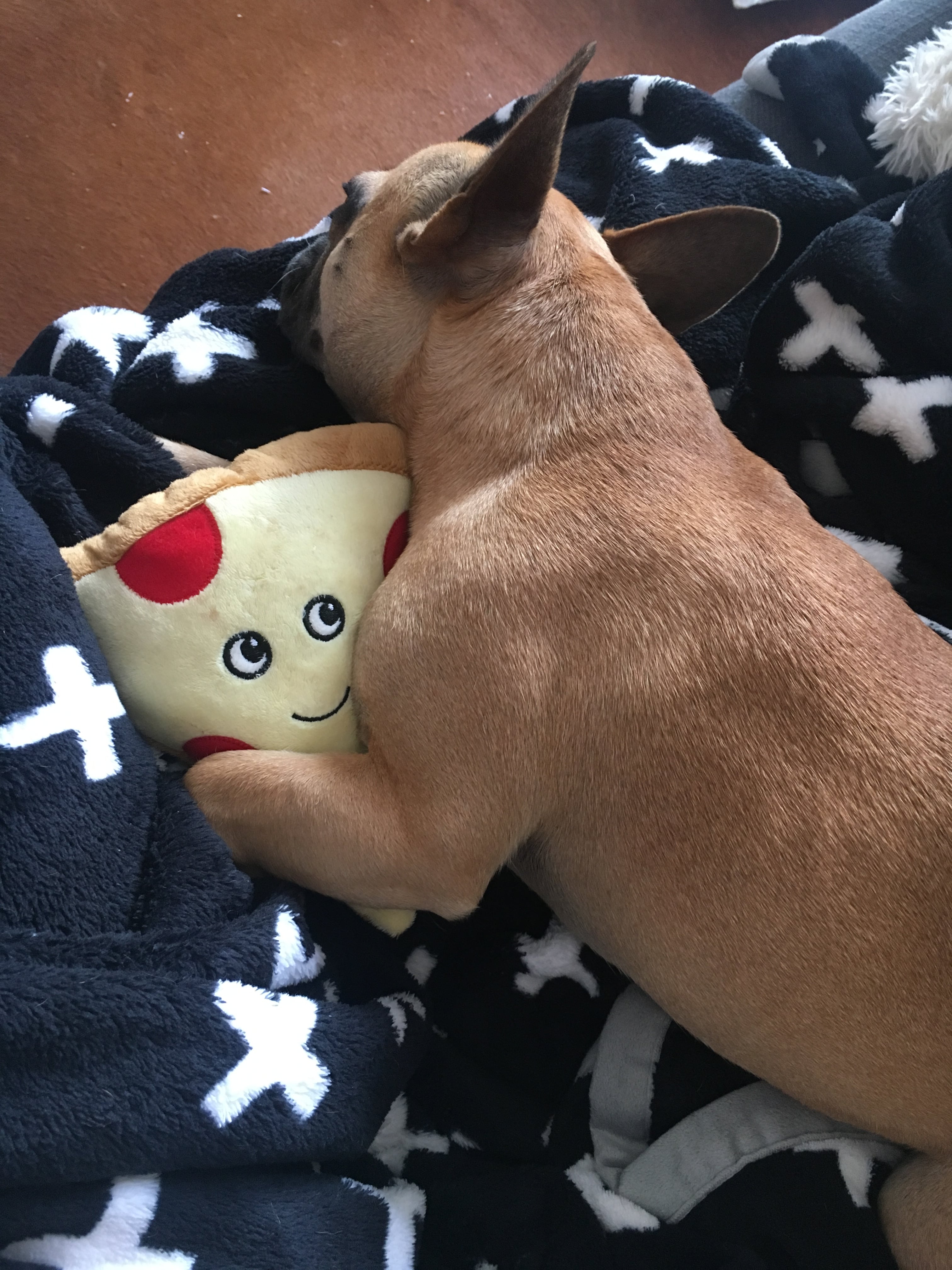 He was definitely “off” for about 3 days. We think jet lag had a role to play, as well as learning a new space. We live right in city centre Dublin and there can be lots of street noise, so it took him awhile to get used to that. His tummy was pretty upset for the first few days too. But by day 4, he was back to his usual self. He got good sleep, he started playing with his toys and snuggling his Mom and Dad again.

We've found a park right by Chris' work that we go play fetch at and he loves walking by the river Liffey. We also found a French Bulldog Meet Up group for Dublin and plan on attending their next event so Hugo can have some friends! He also survived his first Hurricane—ours too! Dublin wasn't hit too badly by Ophelia. It was just extra windy that day! 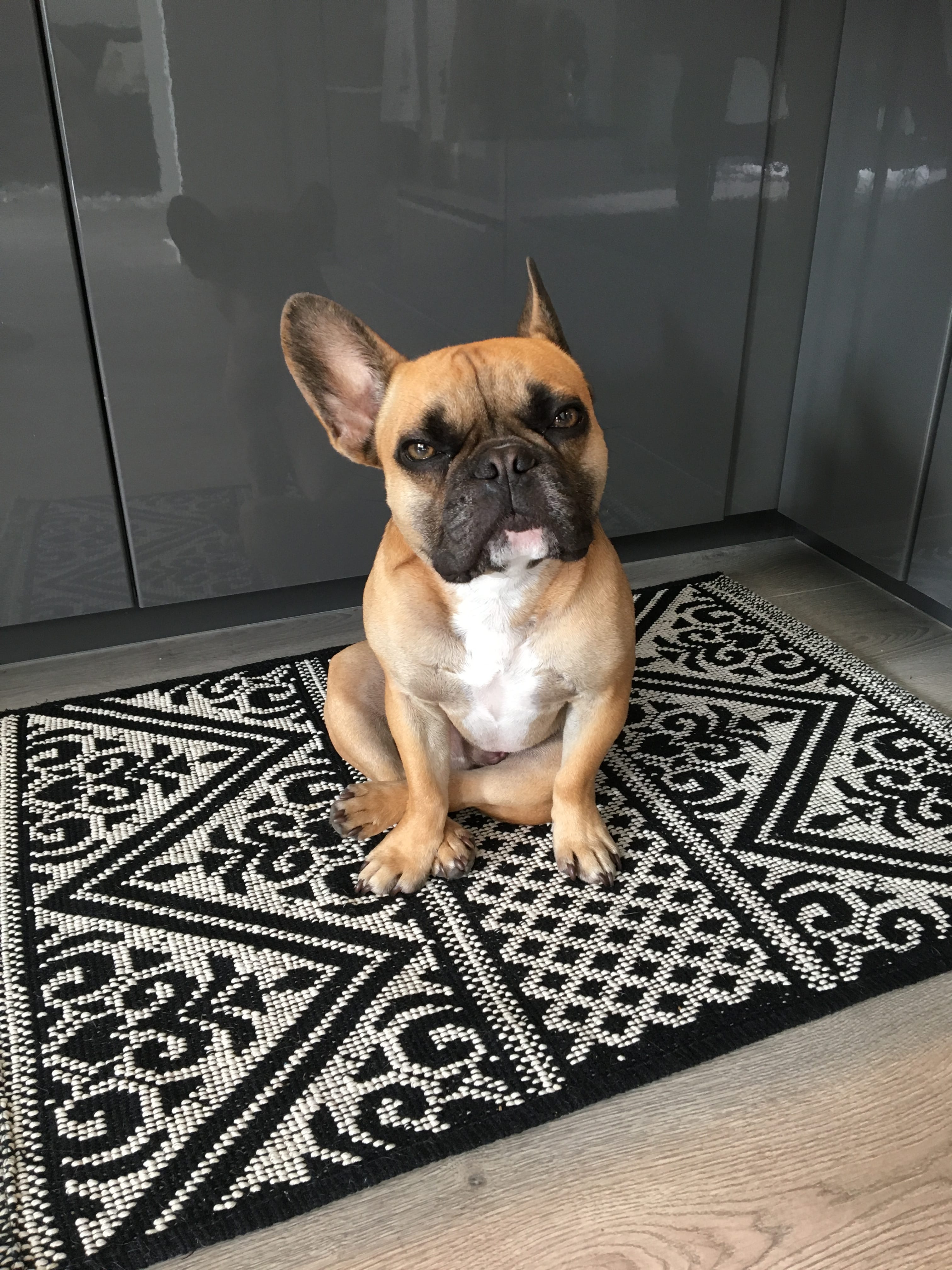 What advice do you have for other pet travelers?

Trust in the process and ask your questions. Everyone on the PetRelocation team is so kind and patient. We asked repeat questions for our own sanity and needed a lot of reassurance and they were never hesitant to re-explain and reassure.

How pet-friendly is your new home?

Our apartment is privately owned and he allowed us to have a dog. It's 3 bedrooms, so Hugo has way more space than our one bedroom in Minneapolis. He has a large balcony to play on as well.

There definitely aren't as many dogs that we've seen in the neighborhood than at home in MN. Chris has heard from Irish co-workers that Americans treat their dogs like family, which we do. So it seems the Irish have some catching up to do in the dog-friendly department. :) 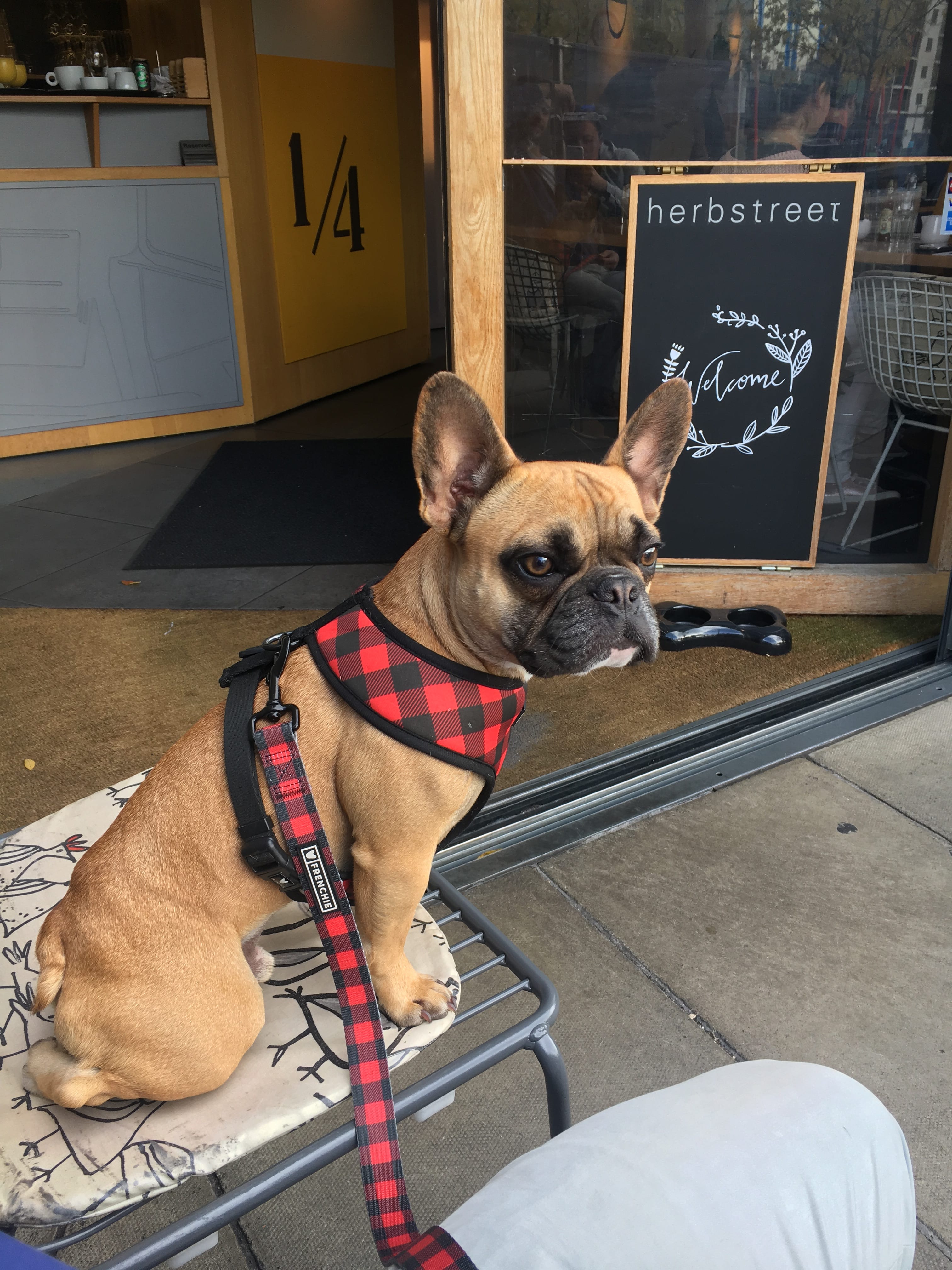 We have figured out he can ride the trains, so we want to take him to the coast for beach walks. We also visited a cute brunch spot called Herb Street that allows for pups. We plan on trying another spot called Fumbally.

Thank you, Sara and Chris, for all of the great advice and for choosing us to help with Hugo's move! We hope you have many great adventures ahead together in your new home.

Ready to speak with a consultant about your upcoming pet move? Contact us to discuss your options.