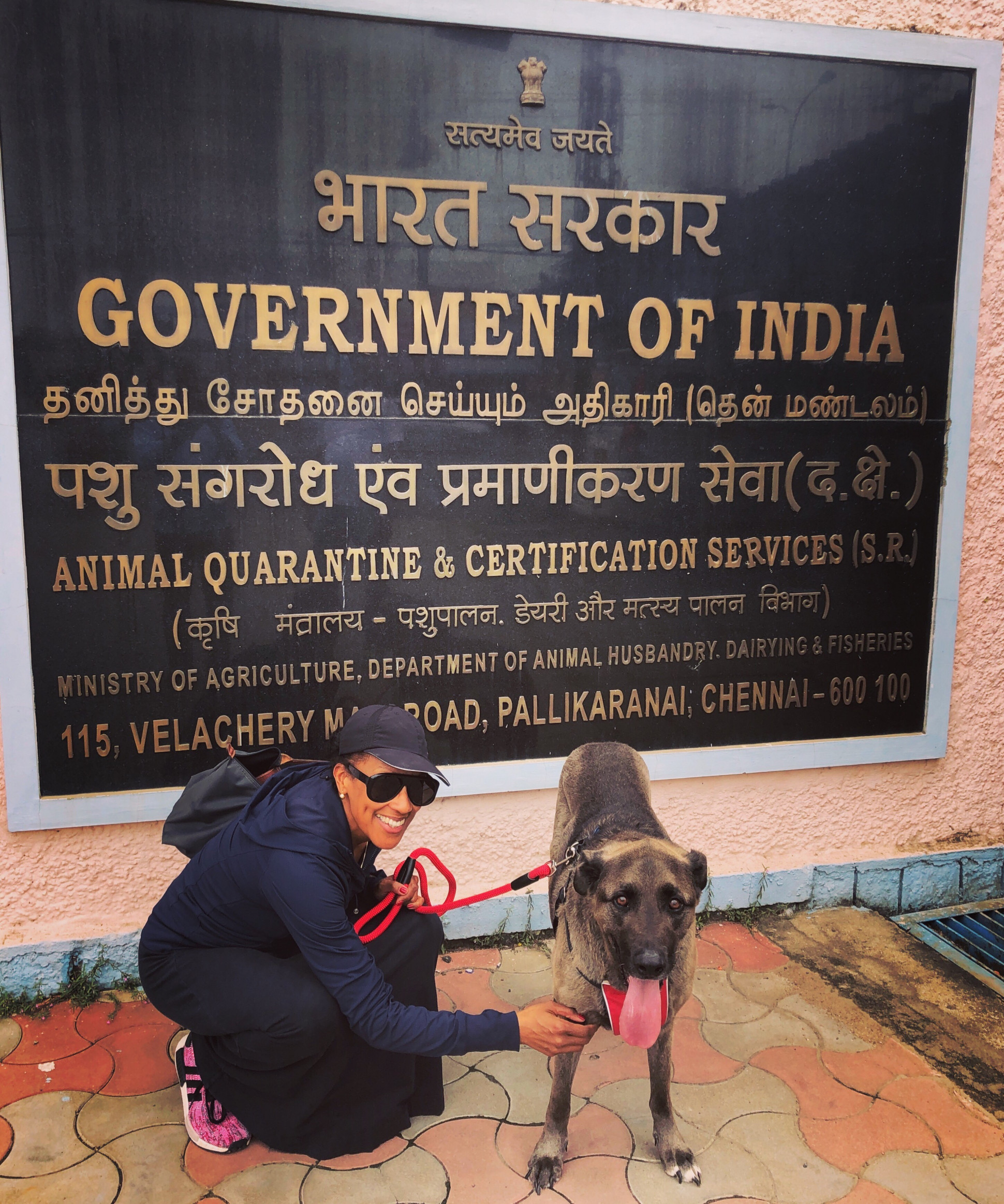 In August 2019 we had the pleasure of relocating a beautiful lab mix named Drake from California to India! This handsome fella's mom took the time to tell us all about their big adventure!

How did you and Drake meet?

In November 2010 I was living in Jerusalem, and  I received a phone call from my boss. He asked if I was interested in taking in a dog temporarily  "to see if we could get along." I told him I would think about it, though I wasn't really interested in getting a new dog. As I reached my residence, though, I impulsively took a detour straight to my boss' house. I took Drake home to "see if we could get along."  Drake followed me out of Israel and back to a America! 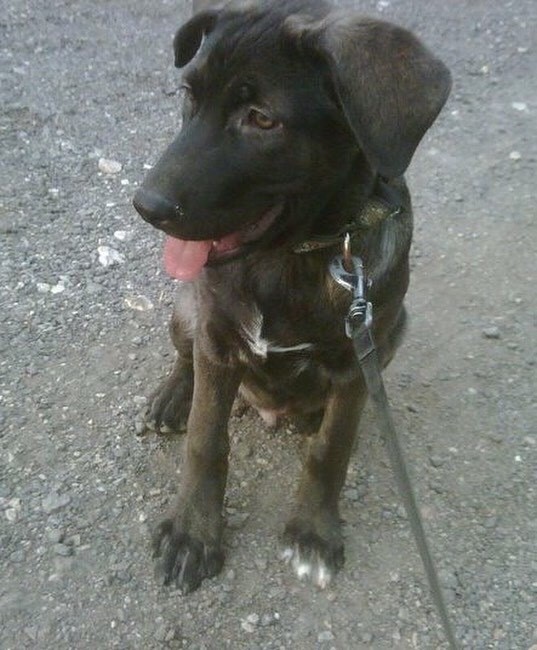 How did you hear about PetRelocation?

Simple web surf! I checked out a few sites and noticed PetRelocation featured a dog move to India.  I reviewed the rest of the site, and its other social media properties and noticed the stories and posts it featured about the people and pets they helped as well as the staff that forms the teams to help them. It looked like PetRelocation took its work very seriously and cared about the people and the pets. That resonated with me. I spoke with Evelyn over the phone (what a wonderful lady) who up-front clearly explained the process, action items, and the estimated costs. Nothing was hidden.  With research I had also done on my own, I could tell they knew what they were talking about and were extremely familiar with the process.

What brought about your move to India?

I had recently returned to Washington DC for "an assignment in between assignments"  Halfway into my assignment, the right job and right location came up -- Chennai, India.  Several years back after a visit to New Delhi I knew India was where I wanted to live if the opportunity appeared.  It was also a place I knew I could bring my dog.  Drake had been living with my parents in California since we left Jerusalem.  And although he was a good protector-dog (he's 90+ pounds!)  and companion for my elder parents, I reached a decision point where Drake needed to come along with me.

How is Drake handling the relocation? Has he settled in?

Drake feels right at home . He immediately started using the bed I had ready for him and adapted very quickly! He's getting used to the crazy sounds and energy on the street and all the new the scents. He's also very aware of the strays here! Within a week Drake assumed my residence as his territory and informs all those he senses coming 'round the general vicinity accordingly.

What advice would you give other pet parents who are thinking about moving their pets?

Pet parents need to be honest about what their capacity is for stress, the multi-tasking and balancing that must take place when traveling, and most importantly what "peace of mind" looks like to them.  That should guide any assessment they make as to how and where they choose to spend their time and resources.   This needs to be a highly structured, organized and choreographed process.  Be honest about what you can handle and plan accordingly.

Make sure you have all the preparations ready in a timely manner. Arrange any extra leashes or harnesses just in case they get lost in transit. I had the food and the bed, but I had to do some last minute shopping for treats, food pail, Frontline, etc!  It's wonderful there is also Chewy and Amazon these days.

"Early" is never early enough.  I thought touching base with Drake's vet and getting his shots and examination in order in May was ahead of the curve (the travel was for 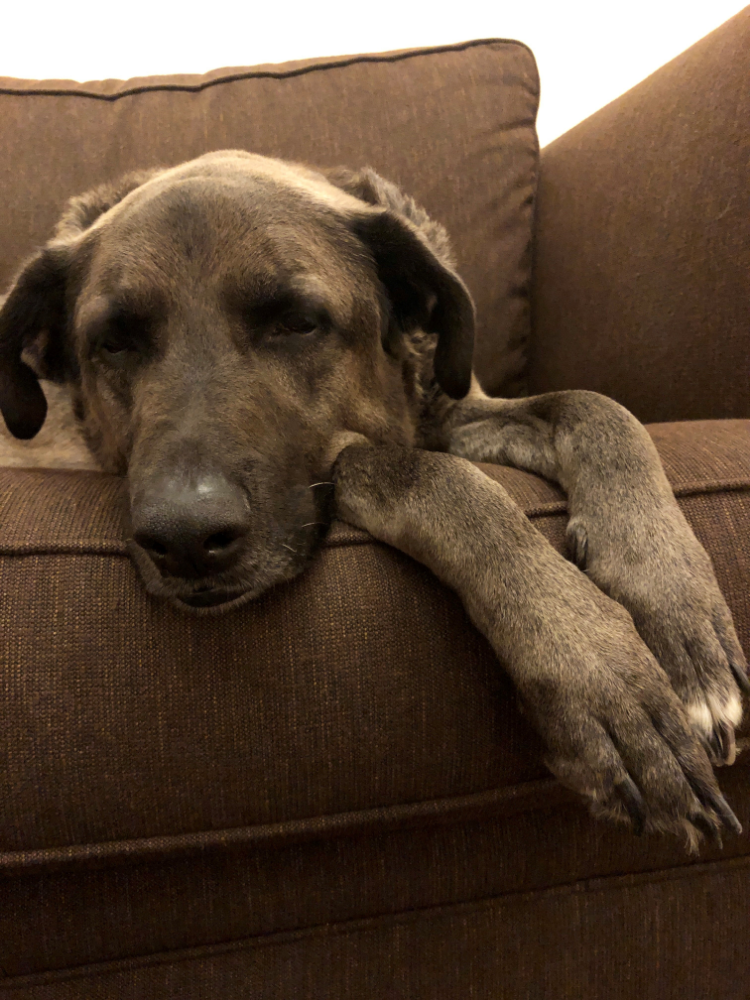 August).  Because while taking care of all of that, there are other things to be aware of like crate acclimation and timing of all the health certificates.  I was lucky with Drake. He didn't need much paw-holding with learning how to feel comfortable in a crate, and he didn't have any issues with separation anxiety.  But each pet is different! I think I was surprised with how Drake was managing his travel.  PetRelocation sends you photos of your pet along the process and by all accounts Drake looked like he was chilling!

Also, though you may know how you want to fly  there are other considerations, specific to the airline, that need to be accounted for before even committing and paying for the ticket.  I had originally wanted Drake to fly in with me on my flight... I thought booking my ticket meant I could now get Drake on this same flight.  It's not that simple! There's a separate coordination and reservation process that needs to happen to ensure the flight even has the space available for transporting your pet.  Every pet and pet owner's experience is unique.   Be prepared for kinks and obstacles on the path, be flexible, be resourceful, and TRUST THE PROCESS!

Katy was my relocation coordinator. She walked through each step (with painstaking care and PATIENCE) with not just me, but my brother.  I was in Washington DC and Drake was still with my parents (in California).  Katy was also looped into all conversations that included my vet to ensure the process went smoothly and to fill in any information gaps or questions on the part of the vet.  She managed an entire network of people . And this is just on my end as pet owner.  She was a coordinator in every sense of the word.

Read everything PetRelocation gives you! Get on some Facebook groups for the city you're traveling to. If you're going overseas, that means finding a community of expats, and then figuring out who the pet and dog owners are.  With some informed research of your own you'll arm yourself with the kind of information that will help you make important decisions and think of things you didn't know you had to think about.

Me and Drake are back together again after our long distance relationship, and I've got PetRelocation to thank!

And thank YOU for allowing us to be part of this exciting time in your life! Drake was a very good boy for us and we're so happy he's home! If you're planning your next adventure and want to take your furry friend with you, start planning now! Arrange your move with us today!